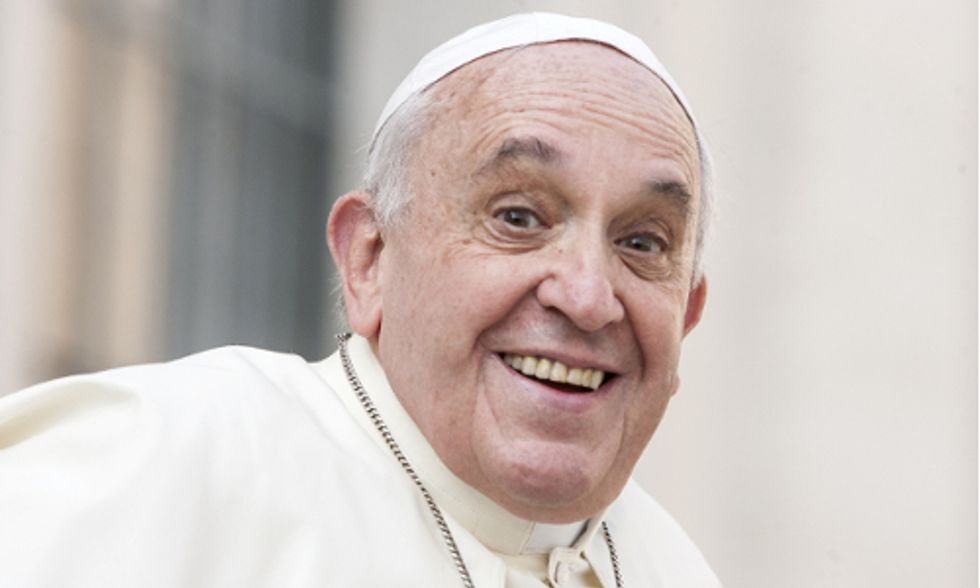 This past year, Pope Francis has spoken out powerfully numerous times about the urgent need to address climate change and the morality of doing so.

Pope Francis has been outspoken about the need to address climate change, and Vatican sources says he will become even more forceful on the issue in 2015.
Photo credit: Shutterstock

Now, ahead of next year's critical UN climate summit meeting in Paris, he's expected to ratchet up his advocacy. The Guardian of London is reporting that in the coming year, he is planning to release a message for Catholics, call a summit of the world's major religions to jointly address climate change and give a speech to the UN general assembly. Bishop Marcelo Sorondo, chancellor of the Vatican’s Pontifical Academy of Sciences, said the Pope hopes influence the Paris climate summit participants to take decisive action.

“Our academics supported the pope’s initiative to influence next year’s crucial decisions,” Sorondo told London-based Catholic development agency Cafod. “The idea is to convene a meeting with leaders of the main religions to make all people aware of the state of our climate and the tragedy of social exclusion.”

He'll apparently meet with other faith leaders to lobby government officials at the UN general assembly meeting in New York in September at which countries will be announcing new anti-poverty and environmental goals. The Pope has been regularly connecting the two, saying things like "An economic system centered on the god of money needs to plunder nature to sustain the frenetic rhythm of consumption that is inherent to it" and “The monopolizing of lands, deforestation, the appropriation of water, inadequate agro-toxics are some of the evils that tear man from the land of his birth. Climate change, the loss of biodiversity and deforestation are already showing their devastating effects in the great cataclysms we witness."

Neil Thorns, head of advocacy at Cafod, expressed support for the Pope's moves, telling The Guardian, “The anticipation around Pope Francis’s forthcoming encyclical is unprecedented. We have seen thousands of our supporters commit to making sure their MPs [members of Parliament] know climate change is affecting the poorest communities.”

On the other hand, Calvin Beisner of the conservative Cornwall Alliance for the Stewardship of Creation, which has called the U.S. environmental movement “un-biblical” and a false religion, said “The pope should back off. The Catholic church is correct on the ethical principles but has been misled on the science. It follows that the policies the Vatican is promoting are incorrect. Our position reflects the views of millions of evangelical Christians in the U.S.”

It's unclear why the opinions of U.S. evangelical Christians, who have often branded Catholicism itself as "a false religion," should matter to Pope Francis or the world's 1.2 billion Catholics.

Dan Misleh, director of the Catholic climate covenant, responded, “There will always be 5-10 percent of people who will take offense. They are very vocal and have political clout. This encyclical will threaten some people and bring joy to others. The arguments are around economics and science rather than morality. A papal encyclical is rare. It is among the highest levels of a pope’s authority. It will be 50 to 60 pages long; it’s a big deal. But there is a contingent of Catholics here who say he should not be getting involved in political issues, that he is outside his expertise.”

Desmond Tutu: It's Time to 'Move Beyond the Fossil Fuel Era'