Pope Francis: ‘If We Destroy Creation, Creation Will Destroy Us’ 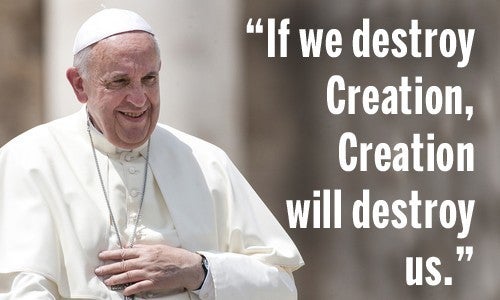 A declaration at the end of a meeting in Rome hosted by the Vatican made a plea to the world’s religions to engage and mobilize on the issue of climate change. 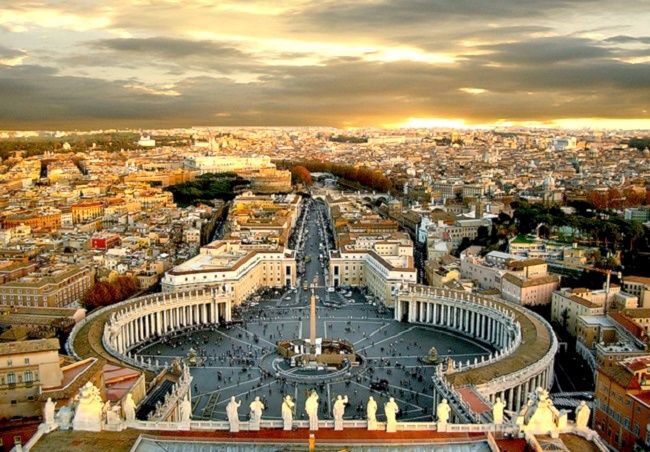 St Peter’s Square, Rome, where thousands recently heard the Pope declare: “If we destroy Creation, Creation will destroy us.”

“Human-induced climate change is a scientific reality, and its decisive mitigation is a moral and religious imperative for humanity,” the declaration said. “In this core moral space, the world’s religions play a very vital role.”

Vatican watchers and climate experts say the meeting, “The Moral Dimensions of Climate Change and Sustainable Development,” shows that Pope Francis is—in marked contrast to his predecessors—keen for the Catholic church to be more involved in the climate change issue, and is also urging other religions to become more actively engaged.

The meeting was organized by various religious and non-religious organizations, including the Vatican’s Pontifical Academy of Sciences and the UN-affiliated body, the Sustainable Development Solutions Network. Ban Ki-moon, the UN Secretary-General, also spoke at the one-day conference.

In a few weeks’ time, the Pope is due to release an encyclical on climate change—within the Catholic church, a statement of fundamental principles. He has also made several impassioned speeches on the issue.

“If we destroy Creation, Creation will destroy us,” the Pope told a gathering of thousands in St Peter’s Square, Rome, last month. “Never forget this.”

Groups that insist that climate change is not a threat, and that seek to oppose the findings of the UN’s Intergovernmental Panel on Climate Change and other scientific bodies, have been quick to criticise the Pope’s stand. 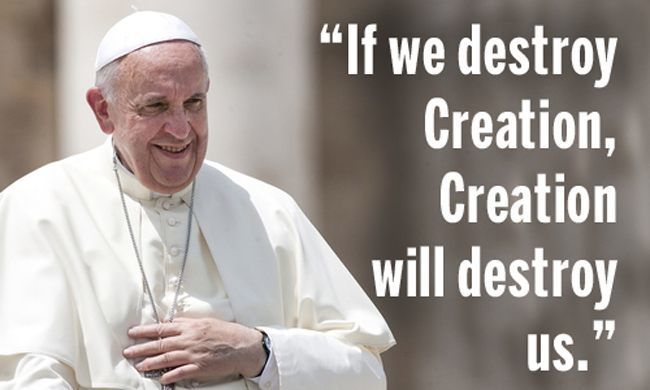 Members of the Heartland Institute, a U.S.-based organization funded by billionaire industrialists and others who deny climate change is caused by human activity, travelled to Rome to speak against the meeting.

“The Pope has great moral authority, but he’s not an authority on climate science,” a Heartland employee told the UK newspaper, the Daily Telegraph.

“The Pope would make a grave mistake if he put his moral authority behind scientists saying that climate change is a threat to the world.”

Separately, the Church of England announced that it is selling various investments in fossil fuel industries. The Church said £12 million worth of investments in companies making 10 percent or more of their revenues from the production of coal or oil from tar sands would be sold.

The Church of England is not selling all its investments in fossil fuel operations, but says it wants to influence companies that contribute to global greenhouse gas emissions. The Church recently called on two major oil companies, BP and Shell, to be more transparent about their policies on climate change.

“The Church has a moral responsibility to speak and act on both environmental stewardship and justice for the world’s poor, who are most vulnerable to climate change” says Professor Richard Burridge, of the Church’s Ethical Investment Advisory Group.