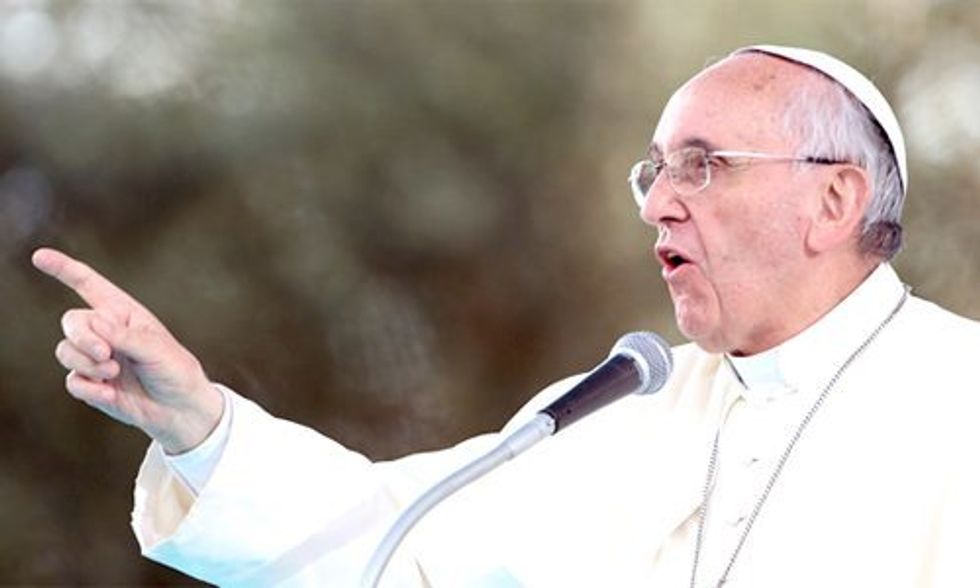 “The planet has enough food for all, but it seems that there is a lack of willingness to share it with everyone,” Pope Francis said at a mass yesterday as part of the opening of the general assembly of the Catholic charitable organization Caritas Internationalis.

The pope has been a strong advocate on behalf of the world's poor and vulnerable, especially in the facing of a changing climate. Photo credit: Abyssum

Caritas, a confederation of 165 Catholic charity and aid groups from around the world, holds a general assembly once every four years. This year's meeting, the first under Francis' helm, is taking place this week. The Pope used the forum as a time to yet again take a strong environmental stance.

In his time as Pope, Francis has been a strong advocate on behalf of the world's poor and vulnerable, especially in the facing of a changing climate. His remarks yesterday were no different.

"We must do what we can so that everyone has something to eat," Francis said. "But we must also remind the powerful of the Earth that God will call them to judgment one day, and it will be seen if they truly tried to provide food for him in every person, and if they worked so that the environment would not be destroyed, but could produce this food."

More news came from the Vatican yesterday when Pope Francis’ closest adviser chastised climate deniers in the U.S., blaming capitalism for their views. Cardinal Oscar Rodríguez Maradiaga criticized groups in the U.S. that have already come out against Francis’ highly anticipated encyclical on climate change.

“The ideology surrounding environmental issues is too tied to a capitalism that doesn’t want to stop ruining the environment because they don’t want to give up their profits,” Rodríguez said, according to The Boston Globe's Crux blog.

Rodríguez’s comments came at the beginning of the annual Caritas meeting. He said Catholics and non-Catholics alike eagerly await Francis’ environmental encyclical. The Pope, for his part, is undeterred by these groups, including the Heartland Institute, which sent delegates to his recent summit on climate change to tell him that "humans are not causing a climate crisis on God’s green Earth."