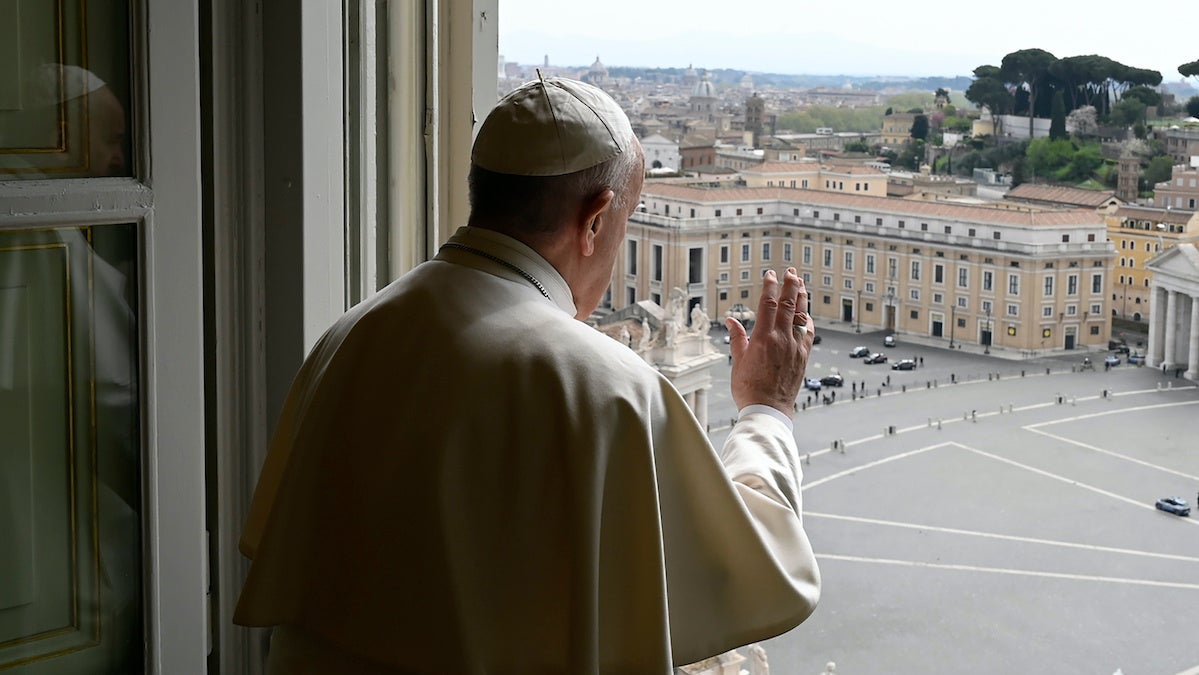 “We have sinned against the earth,” Pope Francis said in a forceful Earth Day message Wednesday that reinforced the religious leader’s commitment to environmental action.

Francis delivered the remarks during his general audience, which he broadcast from his library because of lockdown measures put in place to stop the spread of the new coronavirus, as Reuters reported. The speech in honor of Earth Day’s 50th anniversary comes around two weeks after the pope suggested in an interview that the pandemic might be part of nature’s response to the climate crisis.

In his remarks Wednesday, Francis warned that harming the earth put human life at risk.

“There is a Spanish saying that is very clear about this,” he said. “It goes: ‘God always forgives; we humans sometimes forgive, and sometimes not; the earth never forgives.’ The earth does not forgive: if we have despoiled the earth, its response will be very ugly.”

First, he praised local and international environmental movements and highlighted youth-led climate strikes. But the pope’s message was not only a warning. He also proposed solutions.

“[S]till it will be necessary for our children to take to the streets to teach us the obvious: we have no future if we destroy the very environment that sustains us,” he said.

He also held up the knowledge of indigenous communities as an example of an alternative way of interacting with the planet.

“They teach us that we cannot heal the earth unless we love and respect it,” he said. “They have the wisdom of ‘living well,’ not in the sense of having a good time, no, but of living in harmony with the earth. They call this harmony ‘living well.'”

He concluded with a call to action both for world leaders and ordinary citizens. He urged leaders to prepare for two major upcoming international conferences: COP15 on Biodiversity in Kunming, China and COP26 on Climate Change in Glasgow, United Kingdom, which has been delayed because of the coronavirus.

For everyone else, he encouraged joining the environmental movement.

“It will help if people at all levels of society come together to create a popular movement ‘from below,'” he said. “The Earth Day we are celebrating today was itself born in precisely this way. We can each contribute in our own small way.”

Francis’ Earth Day remarks build on his efforts to use his office to promote a theology that honors the earth. They come five years after he published a landmark encyclical on climate change called “Laudato Si’, on Care for Our Common Home,” which gave the official Catholic Church seal of approval to the pope’s environmental concerns.

Since then, he has urged oil executives to lead the clean energy transition and spoken out for indigenous people threatened by the destruction of the Amazon rainforest. He also has suggested he would add a definition of “ecological sins” to the Roman Catholic Catechism, Reuters reported.

In his Earth Day message, the pope revisited key themes from his encyclical of caring for the earth and the most vulnerable.

“Today we celebrate the fiftieth Earth Day,” he began. “This is an occasion for renewing our commitment to love and care for our common home and for the weaker members of our human family. As the tragic coronavirus pandemic has taught us, we can overcome global challenges only by showing solidarity with one another and embracing the most vulnerable in our midst.”

Francis wasn’t the only climate leader to offer an Earth Day call to action in the time of coronavirus.

Swedish climate activist Greta Thunberg said the response to the virus that causes COVID-19 showed what could happen when world leaders listened to scientists.

“Whether we like it or not, the world has changed,” she said in a digital conversation Wednesday with Potsdam Institute Director Johan Rockström, as The Guardian reported. “It looks completely different now from how it did a few months ago. It may never look the same again. We have to choose a new way forward.”

UN Secretary-General António Guterres, meanwhile, used the occasion to endorse a green recovery from the economic toll exacted by the pandemic.

“On this Earth Day, please join me in demanding a healthy and resilient future for people and planet alike,” he said.