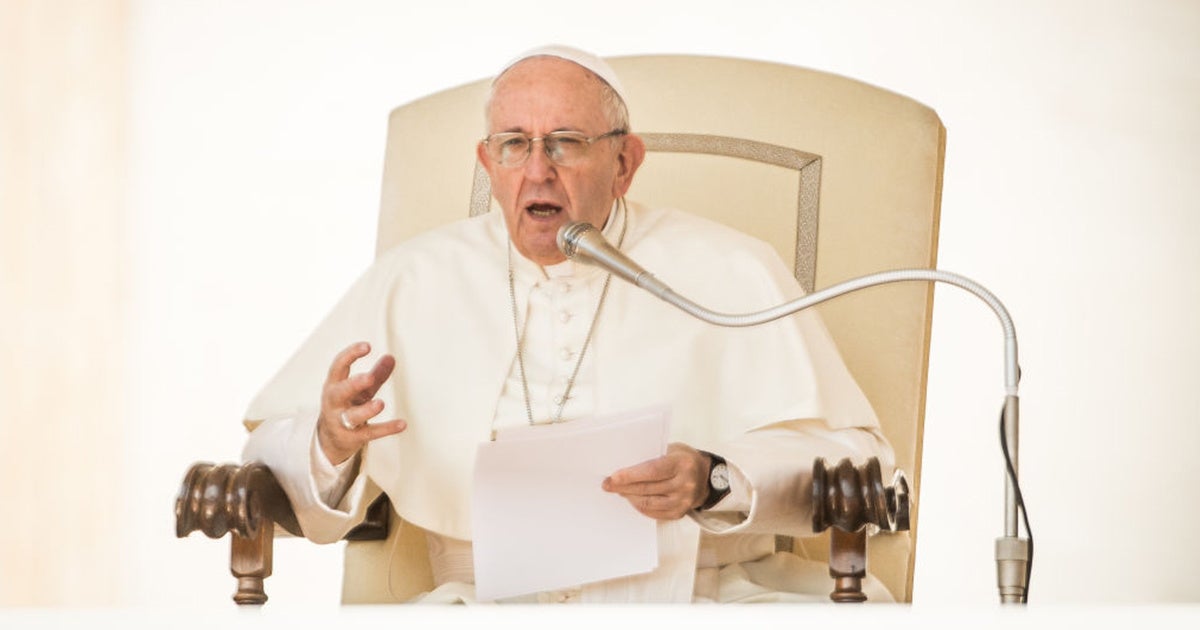 Pope Francis declared a climate emergency Friday as he met with oil industry executives and some of their biggest investors to urge them to act on the climate crisis.

“Future generations stand to inherit a greatly spoiled world. Our children and grandchildren should not have to pay the cost of our generation’s irresponsibility,” he said, as The Guardian reported. “Indeed, as is becoming increasingly clear, young people are calling for a change.”

The Pope argued that warming should be limited to 1.5 degrees Celsius above pre-industrial levels, following the release of an Intergovernmental Panel on Climate Change (IPCC) report last year that warned of catastrophic consequences for vulnerable populations and ecosystems if global temperatures surpass that limit. The report also said that greenhouse gas emissions must fall to 45 percent of 2010 levels by 2030 to achieve that goal.

He further called on the oil companies to embrace a “radical energy transition” that would also reduce inequality, create jobs and help communities on the frontlines of the climate crisis.

“Civilization requires energy, but energy use must not destroy civilization,” he said, as BBC News reported.

This is not the first time Pope Francis has taken fossil fuel companies to task for their role in heating the planet. He made a similar appeal last year at what was then a first-of-its kind conference with oil companies at the Vatican.

The Pope spoke this year on the second day of a two-day conference attended by the CEOs of oil companies including ExxonMobil, BP, Royal Dutch Shell, Total, Chevron and Eni as well as the heads of asset managers like BlackRock and BNP Paribas, the Associated Press reported.

At the end of the summit, the companies released a joint statement calling on governments to support climate pricing and on companies to be honest with investors about the risks posed by climate change and how they planned to transition to renewable energy.

“Reliable and economically meaningful carbon pricing regimes, whether based on tax, trading mechanisms or other market-based measures, should be set by governments at a level that incentivizes business practices … while minimizing the costs to vulnerable communities and supporting economic growth,” the statement said.

Pope Francis commended the companies for supporting carbon pricing, but some climate activists said the commitments did not go nearly far enough. The companies made no promise to reduce their own emissions.

“The oil majors knew all about the risk from climate change many years before most of us first heard about it,” Greenpeace UK climate campaigner Mel Evans told The Guardian. “They knew where we were heading, they knew their products were the cause, and yet they kept it quiet and lobbied for business as usual. And they’re still lobbying for business as usual. When it comes to saving the planet they will do what they are forced to do, and no more, which is why we’re having to block them from drilling new oil wells as we speak. Expecting leadership from them is a path to certain disaster.”

BP’s own data, released this week, said that emissions are rising their fastest in almost a decade. But a March report found that, in the three years since the Paris agreement, the five largest oil companies have spent 0 billion on new fossil fuel production and are projected to spend only .6 billion on renewable energy, while simultaneously investing billion in climate-related lobbying and misleading marketing presenting themselves as green.

Former Irish premier Mary Robinson lectured the companies at the summit for continuing to profit from fossil fuels, as BBC News reported.

“We should all salute the courage the Holy Father has shown on climate change when too many secular leaders have spurned their responsibilities,” she said. “What could be more cynical than still seeking to exploit fossil fuel reserves when the scientific evidence is abundantly clear that we need to end all combustion of fossil fuels by 2050?”