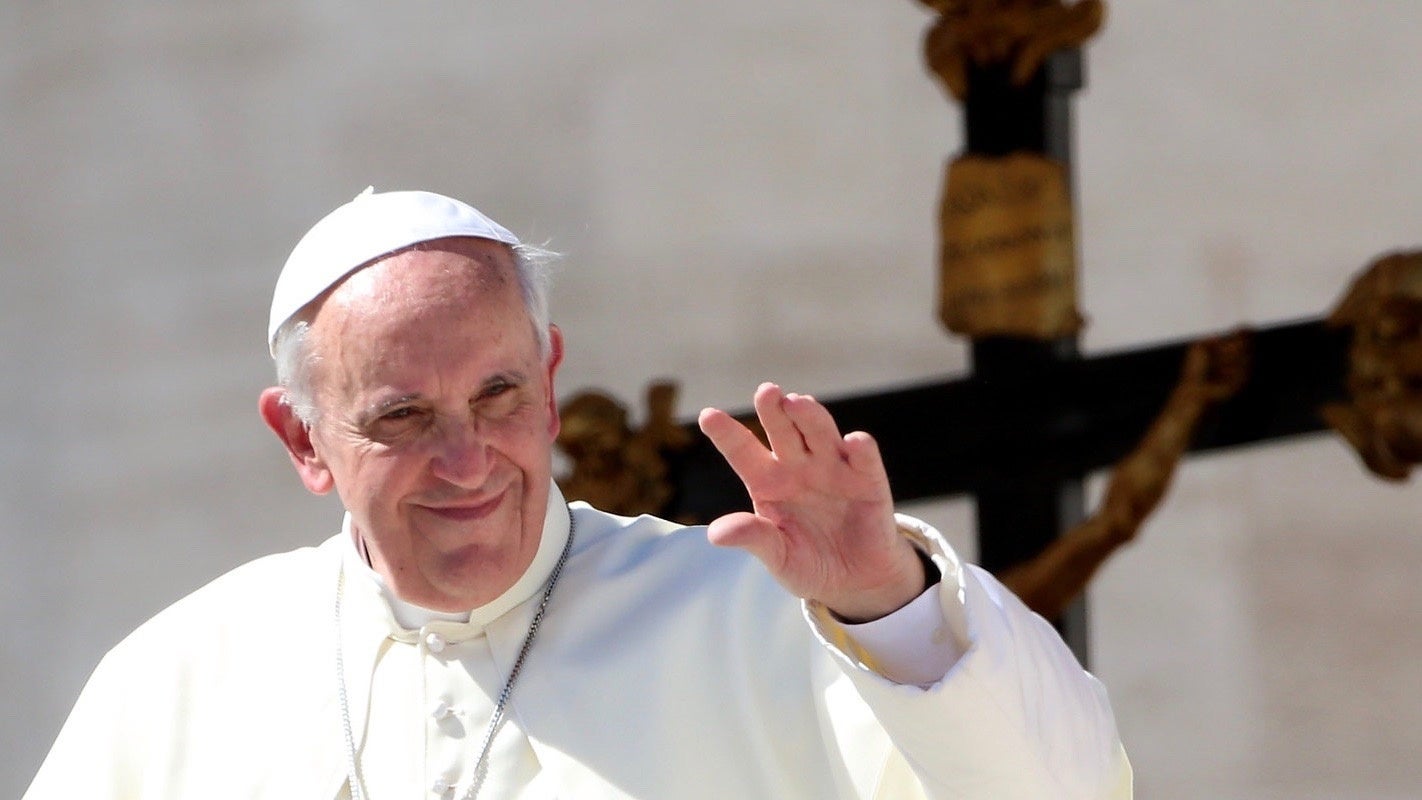 Pope Francis on Sunday — when Hurricane Dorian began pounding the Bahamas with record strength — urged the world to heed calls made by rising youth and indigenous peoples to take swift action to address the climate crisis and thereby ensure “our common future.”

“We have caused a climate emergency that gravely threatens nature and life itself, including our own,” the pontiff said.

The pope’s plea came in his message for the World Day of Prayer for the Care of Creation, an annual celebration he called for in 2015.

In the new message, the pope denounced human exploitation of the environment and pointed to increasingly frequent extreme weather and water scarcity as well as “constant pollution, the continued use of fossil fuels, intensive agricultural exploitation, and deforestation [that] are causing global temperatures to rise above safe levels.”

“In this ecological crisis affecting everyone,” the pope continued, “we should also feel close to all other men and women of good will, called to promote stewardship of the network of life of which we are part.”

The appeals for action — including ditching fossil fuels — were addressed at individuals and political leaders. He wrote:

It is also a season to reflect on our lifestyles, and how our daily decisions about food, consumption, transportation, use of water, energy, and many other material goods, can often be thoughtless and harmful. Too many of us act like tyrants with regard to creation. Let us make an effort to change and to adopt more simple and respectful lifestyles! Now is the time to abandon our dependence on fossil fuels and move, quickly and decisively, towards forms of clean energy and a sustainable and circular economy. Let us also learn to listen to indigenous peoples, whose age-old wisdom can teach us how to live in a better relationship with the environment.

While the pope didn’t mention by name the Fridays for Future and School Strike for Climate movement, he made note of the young people “calling for courageous decisions.” He said they remind all that Earth is “an inheritance to be handed down” and, in a possible reference to teen activist Greta Thunberg, said that “hope for tomorrow is not a noble sentiment, but a task calling for concrete actions here and now.”

Addressing political leaders, he said, “Let us say ‘no’ to consumerist greed and to the illusion of omnipotence, for these are the ways of death.” Instead, said Pope Francis, leaders should undertake “farsighted processes involving responsible sacrifices today for the sake of sure prospects for life tomorrow.”

“Let us not give in to the perverse logic of quick profit,” he said, “but look instead to our common future!”

The upcoming U.N. climate action summit later this month, the pope added, is an opportunity “to respond to the cry of the poor and of our earth.”

The call for decisive action came as Hurricane Dorian unleashed devastation on a climate-changed planet.

We are in a climate emergency. https://t.co/u9ob6vtWyb

In a Monday morning advisory, the National Hurricane Center said that Dorian was “sitting over Grand Bahama Island with extremely dangerous winds and surge.”

“For Grand Bahama,” said disasterologist Samantha Montano, the situation “is about as bad as a hurricane can get.”

Hurricane speed is tricky. You want it moving fast enough that it doesn’t just sit on you (think Harvey) but slow enough that you have time to evacuate (think Michael).

For Grand Bahama this is about as bad as a hurricane can get. https://t.co/oDkksplfk6

Dorian is expected to be a threat for several states along the U.S. East Coast as the week continues, and officials in nine Florida counties already issued evacuation orders. Florida, Georgia, North Carolina, and South Carolina also declared states of emergency as the hurricane approaches.