The Dreadful Story Behind Pompom Accessories 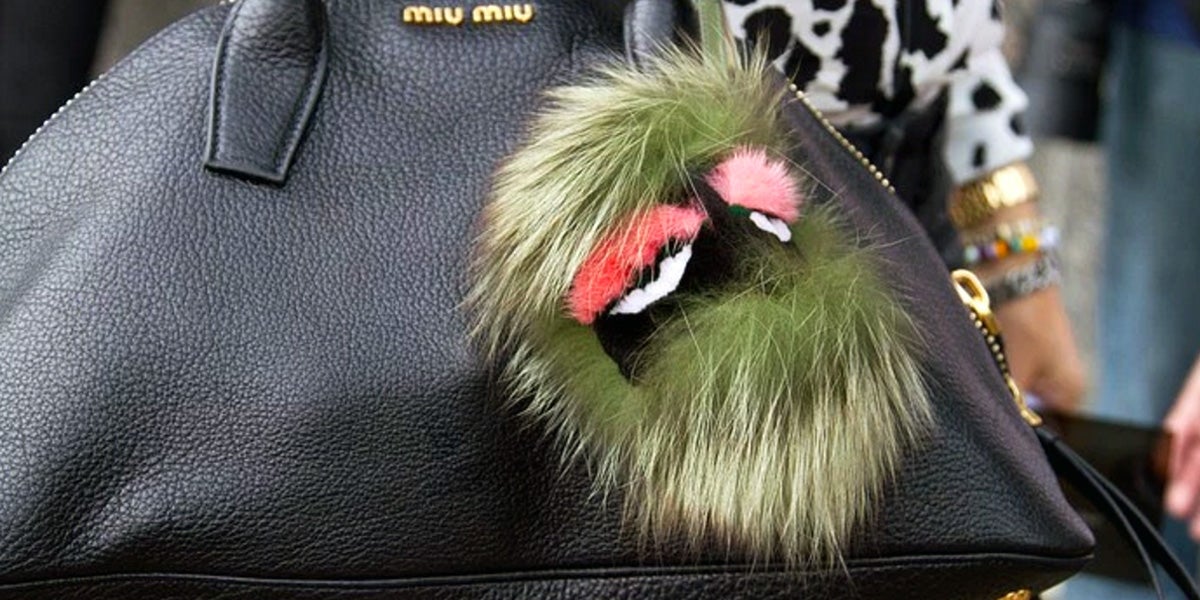 Hey, of course we all want to look fly—and it seems like this winter, pompom accessories on handbags, shoes and hats are the way to do that. But unless these furry fad items are made with vegan fur, animals were beaten, electrocuted or even skinned alive to make them.

Many of these fuzzballs are made from the skins of animals, including minks and foxes, two of the species most commonly killed in the fur industry.

Minks are solitary, semi-aquatic animals who can occupy up to 2,500 acres of wetland habitat. Foxes live in stable, loving family groups in which the father brings the nursing mother food. Newborn fox pups are unable to see, hear or walk, so they’re totally dependent on their mother and will die if she’s killed.

In addition, foxes, much like dogs, love to play. Just look how delighted this one is about a ball. How on Earth could someone wear these wonderful animals?!

On fur factory farms—which is where nearly 85 percent of the industry’s skins come from—minks, foxes, chinchillas and other animals are crammed into filthy wire cages, where they’re separated from their families and denied everything that’s natural and important to them. Severe crowding and confinement prevent them from taking more than a few steps in any direction and they often go insane, resorting to self-mutilation and cannibalism—all just so that humans can make a fur coat, collar or (you guessed it) pompom.

Lose Your Mind Over Pompoms, but Don’t Let Animals Lose Their Skin

So yeah, having a carcass hanging off your purse, gloves or hat is gross and cruel. There are plenty of vegan fur pompoms out there that you can use to express your style without supporting an industry that kills animals.

Many major retailers have banned fur altogether, so it’s easy to find vegan pompoms at mainstream shopping outlets and online retailers such as Etsy. Or, if you’re more of a DIY person, here’s a video tutorial on how to make a cruelty-free pompom:

Be Fur-Free When You Accessorize

Whether you’re into furry pompoms or the next big trend, be sure to shop cruelty-free. The only one who needs an animal’s skin is the animal.