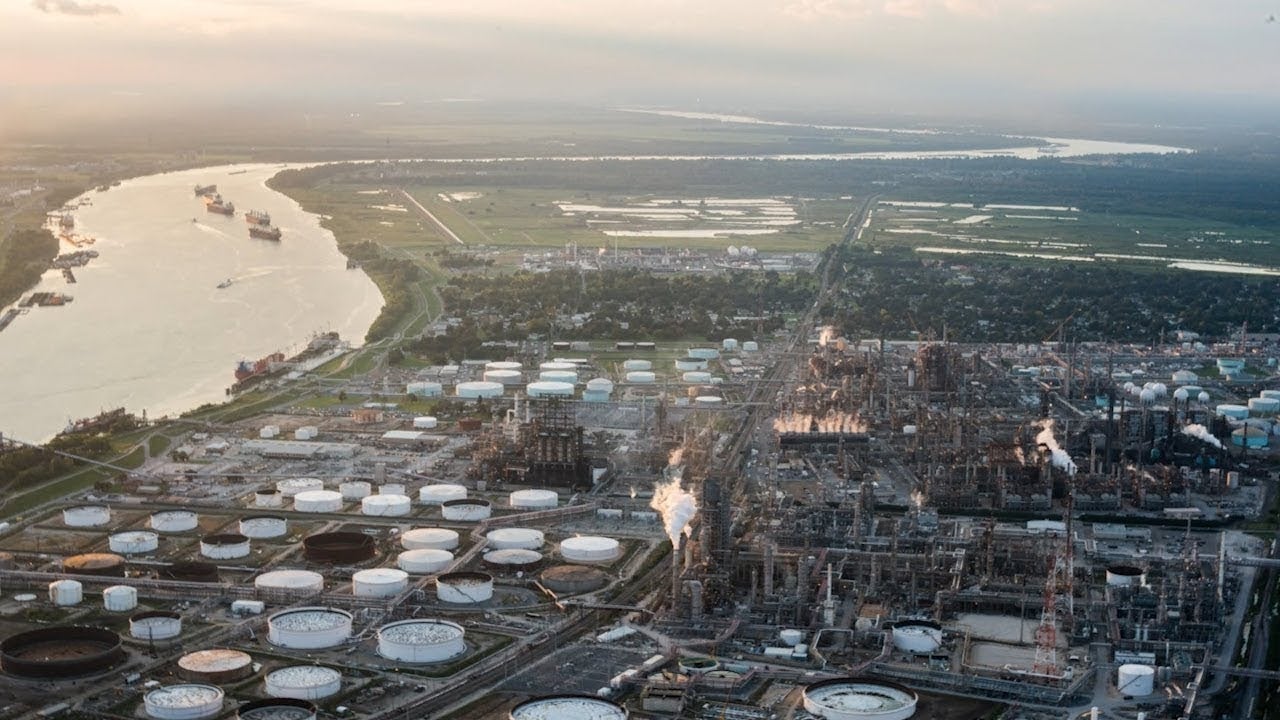 By Bartees Cox and Shravya Jain

Without a touch of irony, the EPA celebrated Black History Month by publishing a report that finds black communities face dangerously high levels of pollution. African-Americans are more likely to live near landfills and industrial plants that pollute water and air and erode quality of life. Because of this, more than half of the 9 million people living near hazardous waste sites are people of color, and black Americans are three times more likely to die from exposure to air pollutants than their white counterparts.

The statistics provide evidence for what advocates call “environmental racism.” Communities of color aren’t suffering by chance, they say. Rather, these conditions are the result of decades of indifference from people in power. Last summer Nexus Media went on a tour of the Deep South to talk with these communities about the pollution they deal with every day.

The tour started in St. James Parish in Louisiana, which sits in an area known as “Cancer Alley,” a stretch of the Mississippi River between New Orleans and Baton Rouge, where dozens of refineries and industrial facilities are fueling a public health crisis, according to locals. Local leaders changed St. James Parish from a residential zone to an industrial zone with the promise of creating jobs, but 15 industrial installations later, the people in St. James have only gotten a piece of that promise. According to the EPA’s National Air Toxics Assessment, St. James and the surrounding areas have elevated cancer rates—in nearby St. John the Baptist Parish, cancer rates are some of the highest in the country.

Frustrated by pollution in his community, Pastor Harry Joseph of the Mount Triumph Baptist Church in St. James has been fighting to prevent the Bayou Bridge pipeline from being built in his community. Last week saw a big win in the fight, with a federal judge revoking the permit. 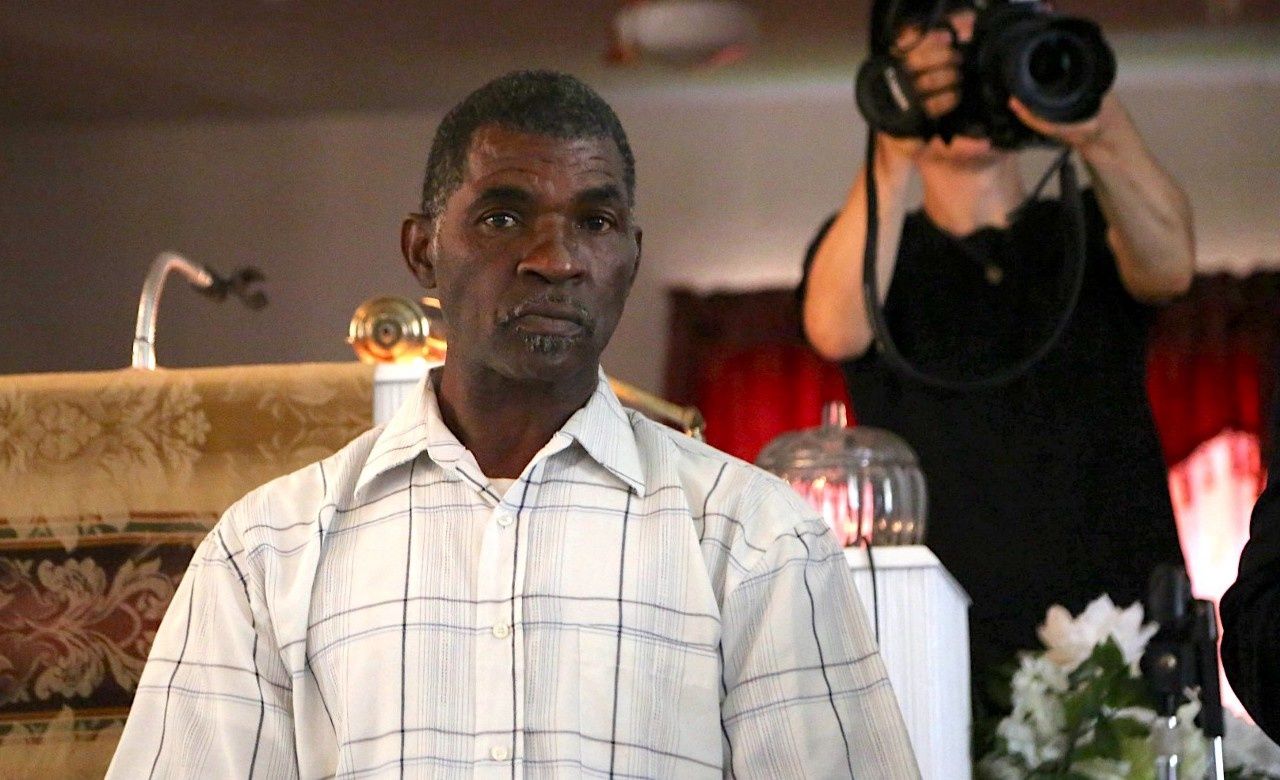 Down the river in Plaquemines Parish, Louisiana, where the Mississippi River empties into the Gulf of Mexico, levee-protecting wetlands have been damaged by decades of oil and gas development, which has laced the area with canals for pipelines. Residents are fighting to get industry to pay for the damage and restore the wetlands. Over the past 50 years, the parish has lost more than 1,000 square miles of land to rising seas and coastal erosion.

Lyric Turner, an organizer with the Zion Travelers Cooperative Center, a faith-based NGO, is working to preserve the land in a predominately African-American community in Plaquemines Parish. Turner, who is nineteen, recently flew over the parish to inspect the land loss from above, and she broke down in tears describing what she’d seen. “I plan on coming back 30 years from now with my children, coming back down here, but if nothing is done for us, they can’t come back to anything,” Turner said.

The third stop on the tour was Africatown, Alabama, home to the last known slave ship to land in America, which arrived 52 years after the slave trade was abolished. When slaves became free, they built stores, farms, schools and raised their families in Africatown. Over the years, they even produced a few notable athletes, including baseball legend Hank Aaron.

But now, residents of Africatown and the surrounding areas say their long tradition of self-sufficiency is at risk. People from across the parish came to a town hall to talk about the impact of decades-old paper mills on their day-to-day life. Ruth Ballard, an Africatown native, has seen four of her siblings die of cancer. 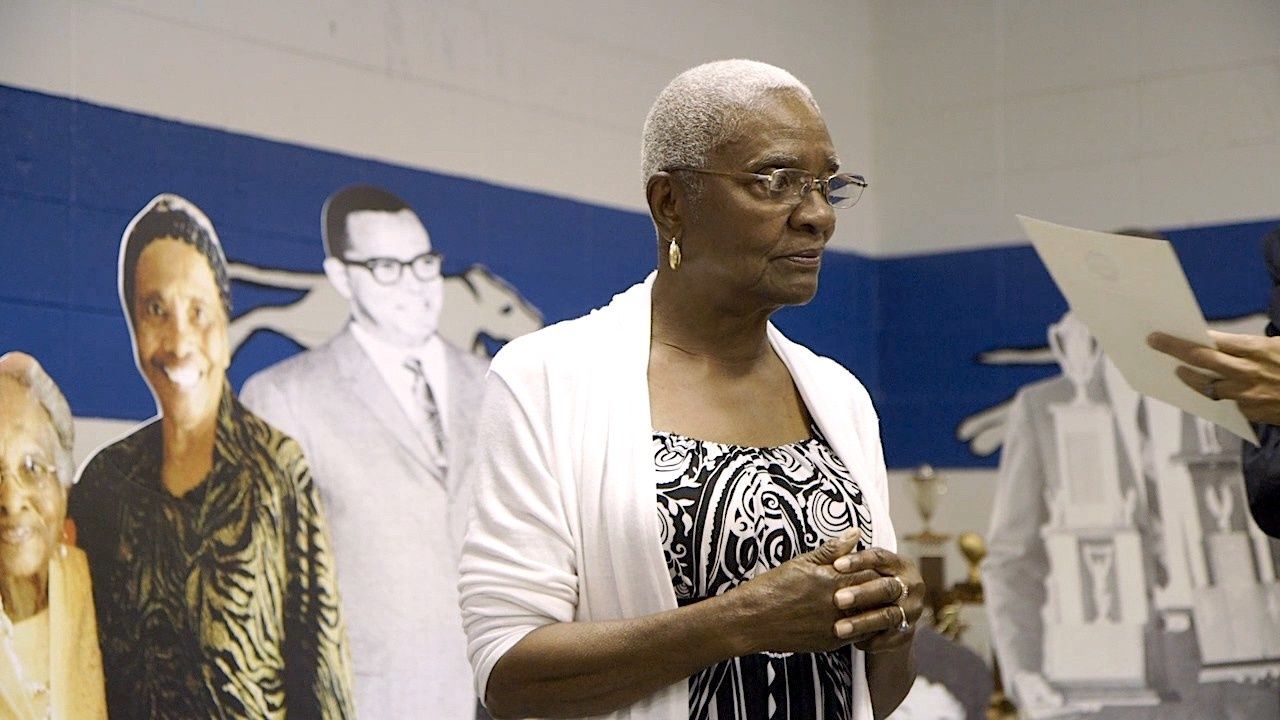 Ruth Ballard of Africatown has lost four of her sibling to cancer. Bartees Cox

“I can’t say it was from the chemicals,” Ballard said, but she noted her family had no prior history of cancer. “We are pleading for help. [It] should not be that parents bury children. Children bury parents.”

Under the leadership of Major Joe Womack, Africatown residents recently filed a lawsuit against International Paper Company (IPC). They say the corporation must be held accountable for the high levels of dioxins and furans — highly toxic compounds shown to be linked to cancer — into the air, ground, and water in amounts that exceeded EPA limits. Even though the IPC relocated nearly 20 years ago, residents argue that the company’s impact continues to be felt.

Despite mounting odds, churches, schools and grassroots organizations continue to organize and fight for the right to breathe clean air, drink safe water and live out their lives in the communities they’ve built without polluting industries knocking on their door. Larger organizations like the NAACP, Partnership for Southern Equity, Clean Air Task Force and US Human Rights Network are stepping in to help these groups.

Organizations working in heavily polluted areas are often underfunded, leaving these communities underserved. And, within the climate movement , communities of color are rarely considered when crafting policies to curb climate change. Large environmental groups have a history of overlooking people on the front lines of the carbon crisis.

By focusing on communities most burdened by carbon pollution and climate change, big green groups can empower people who have been marginalized by society while also cutting dangerous carbon pollution.