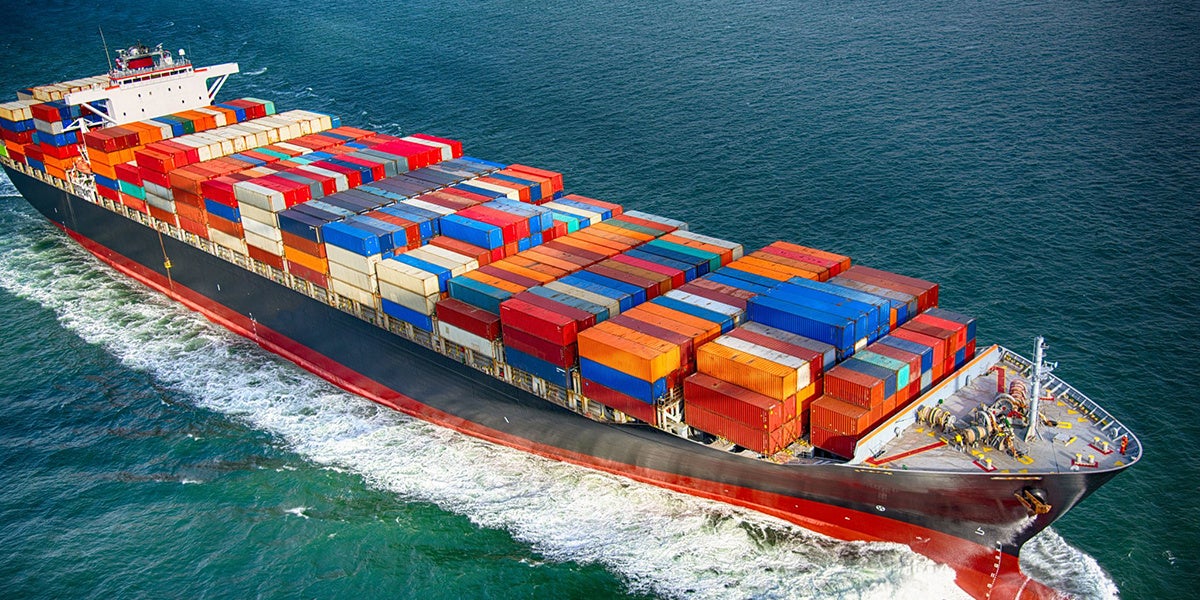 The International Maritime Organization, a United Nations agency that regulates global shipping, is writing new rules to curb greenhouse gas emissions from ships by 2050 as it implements other regulations that will mandate cleaner-burning fuels at sea by 2020.

As researchers who study the shipping industry, we have determined that the benefits of greener shipping outweigh the costs. Yet global environmental rule-making, implementation and enforcement take a long time, creating delays that can endanger public health and the environment.

Ships contribute between 2 and 3 percent of the world’s total greenhouse gas emissions, studies show. Unless the world takes action to control noxious air pollutants and reduce greenhouse gases, harmful pollution will grow in tandem with global trade in the coming decades.

As part of an international team of scholars, we researched how sulfur-related pollution from ships affects human health. Our team found that ship pollution causes about 400,000 premature deaths from lung cancer and cardiovascular disease, and 14 million cases of childhood asthma each year. 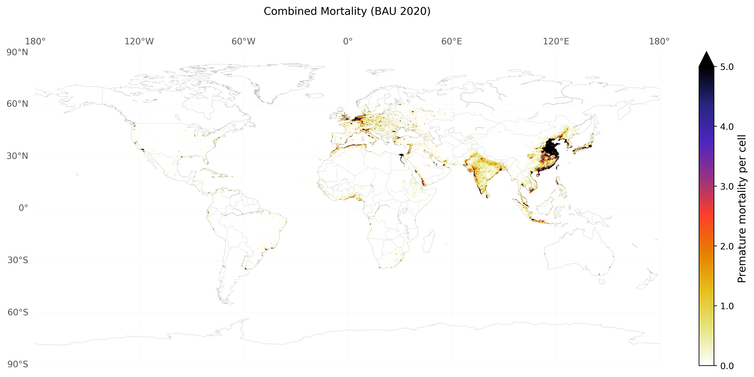 Projected premature mortality from lung cancer and cardiovascular disease due to sulfur pollution from ships in 2020 unless emissions are cut. Study by James Winebrake, James Corbett and other researchers, CC BY-SA

Maritime regulation requires cooperation among many, if not most, of the world’s nations, using their shared authority to verify compliance upon arrival in their ports. But at sea, most shipping companies operate relatively independently of the country where they are headquartered.

The International Maritime Organization sets international shipping policies through consensus agreements that specify compliance requirements and leave enforcement up to national authorities. In 2008, governments and industries agreed to adopt cleaner fuels in 2020. Since then, we estimate that ship air pollution exposure contributed to more than 1.5 million premature deaths and aggravated asthma conditions for more than 100 million children.

Given the climate benefits of low-carbon shipping, we believe that the world can’t wait three decades to set and enforce shipping greenhouse gas targets.