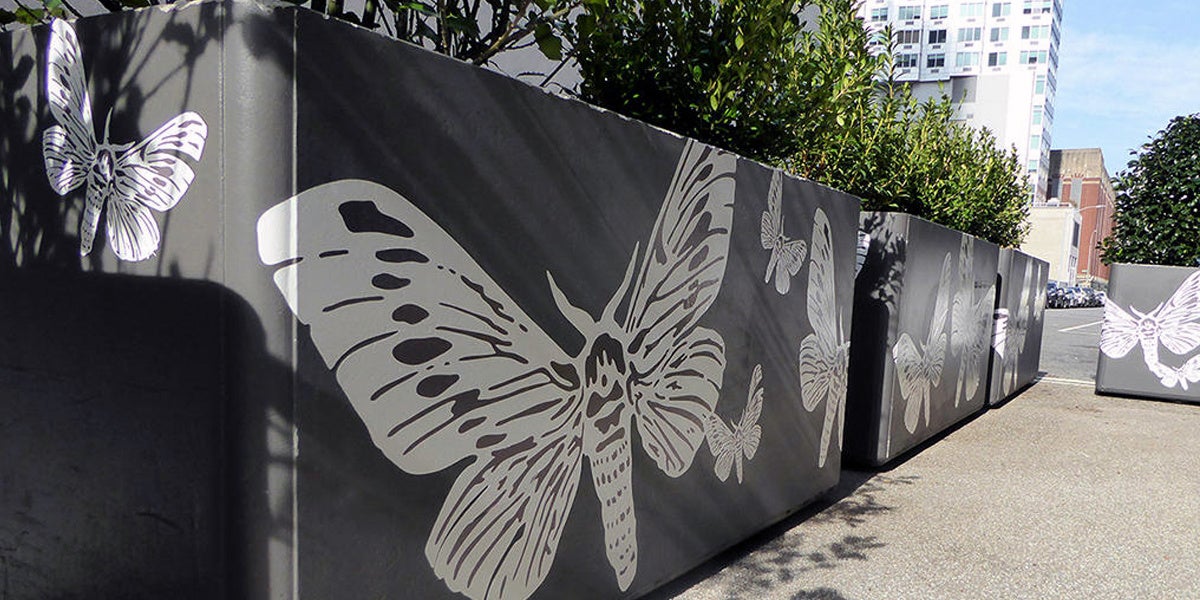 The winged insects of artist Hilary Lorenz’s Moth Migration Project come from Lithuania, Turkey, Bermuda and across the U.S. Made of ink and paper and hand-cut in a variety of shapes and sizes, they aren’t real moths and they aren’t, strictly speaking, the artist’s: Early last year, Lorenz, a printmaker and professor of art and media arts at Long Island University in Brooklyn, put out a call on social media for people everywhere to make prints of the moths that live in their locales and to send their creations to her.

The response was overwhelming. Inspired by the request, schoolchildren in New Zealand sent boxes of paper moths, and a museum in England held moth printmaking workshops and shipped the results to Lorenz’s Brooklyn studio. Hand-blocked prints inspired by aboriginal traditions arrived from Australia, and STEM students in Arizona replicated moths native to the American West. 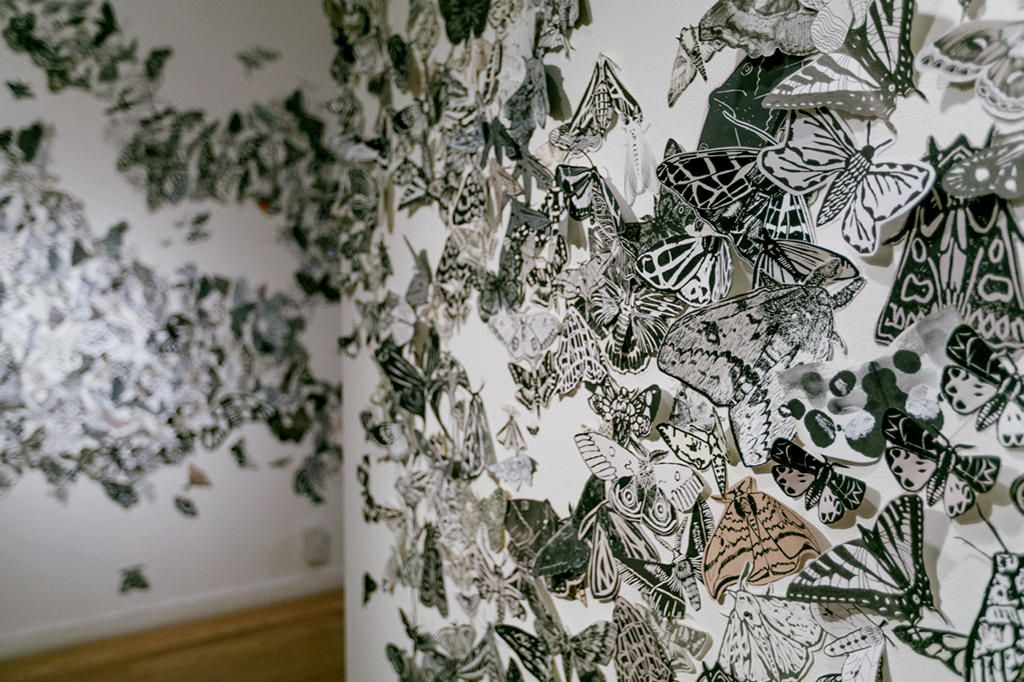 Installation of the Moth Migration Project at 516 Arts in Albuquerque, New Mexico.Hilary Lorenz

By the time Lorenz’s Moth Migration Project debuted at 516 Arts in Albuquerque, New Mexico, last August, she had received more than 10,000 submissions. Arranged in thick skeins on the walls and ceiling of the gallery, the streams of paper moths join together in swollen columns, then break apart before trailing off against the white background. Lorenz imbued the static installation with a sense of living, welcoming motion. “There were so many moths, I worried people would feel swarmed,” she said. “Instead, they’re just sweeping the viewer along in a very gentle way, as if you’re being carried through the night.”

Commissioned by the Albuquerque gallery for Cross Pollination, a 2017 group exhibition focusing on the Earth’s endangered pollinators, Lorenz’s crowd-sourced moths evoke both the beauty and the vital function of the insect. Like bees and butterflies, moths play an essential role in the process of fertilization for a vast number of plants, and yet their numbers are dwindling globally as a result of loss of habitat and food sources, especially along their migratory routes. (They also, for the record, have a nasty reputation that’s overblown, since the larvae of just a tiny number of the estimated 160,000 species of moth feed on the fibers in clothing and other fabric.)

Lorenz, whose art projects in the past have been inspired by the natural scenery of the Hudson Valley and the birds of Brooklyn, was drawn to moths by the visual potential presented by their nocturnal flight. She was also intrigued by a fascinating fact she once heard. “A ranger in one of the western parks told me that a grizzly bear waking up from hibernation can eat 40,000 of them” in 24 hours, she said. Nevertheless, she was unprepared for the pride and attention that project participants poured into their printed creations. “People make just breathtakingly beautiful moths,” she said.

Behind the scenes, the Moth Migration Project—which travels to Sunbury Shores Arts and Nature Centre in St. Andrews, Canada, this fall and to Bundaberg Regional Galleries in Queensland, Australia, in 2019—has fostered a network that continues to grow. With every moth she receives, Lorenz posts a photo of it on the project’s website, plots the source on an interactive map, and sends certificates of participation to every printmaker.

Entomologists and educators have adopted the project as a means of spreading the word about the moths’ shrinking numbers. “People are using it as a way of honoring the moths of their particular location, and they are using it to teach the importance of moths as pollinators and how they affect the environment,” said Lorenz. At last count, there were 15,000 moths in the database and Lorenz is currently photographing each new entry.

As the project has grown, Lorenz said she has been gratified to see it take on a life of its own, a dynamic that, in a sense, mimics the moth’s crucial role as a communicator between species. As one participant, Joyce Stewart of Dripping Springs, Texas, wrote, “In a world of divisiveness, it was humbling to be a small part of a project that had the potential to create a spirit larger than any single community.”

Said Lorenz, “People are incredibly hungry for connection, maybe because of the state of the world right now. I feel humble saying this, but people have thanked me for starting the project by saying, ‘You are the light, and we are the moths.’ It’s an incredible compliment.”