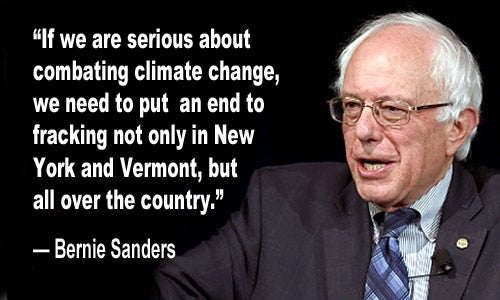 Bernie Sanders doubled down on his stance on fracking ahead of the New York primary this week, advocating for a nationwide ban with a new campaign advertisement and a speech in upstate New York. Sanders pointedly criticized Democratic candidate Hillary Clinton for her stance on fracking and other environmental issues and his ad once again […] 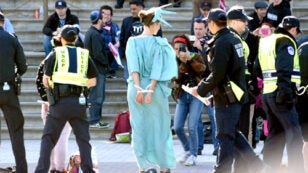 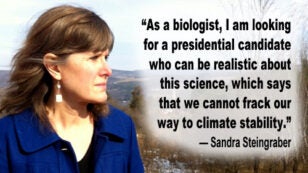 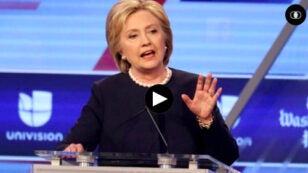 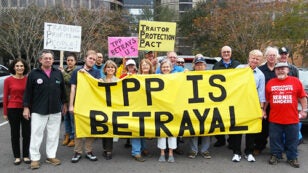 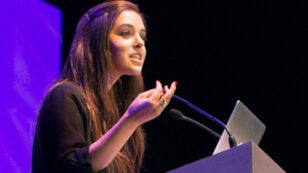 By Erin Schrode I never wanted to be a politician. I am an activist, an educator, a social entrepreneur—a citizen who is committed to environmental action, public health and equal justice. Erin Schrode is running for United States Congress to represent California’s District 2. Photo credit: Erin Schrode Grassroots community organizing is hardwired into my […] 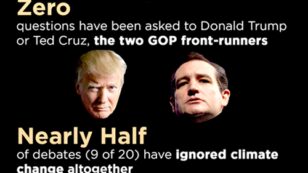 By Kevin Kalhoefer With 20 presidential primary debates now completed, debate moderators have only asked 22 questions about climate change, which is just 1.5 percent of the 1,477 questions posed. In addition, the moderators were more than twice as likely to ask a climate question to a Democratic candidate than to a Republican candidate, and […] 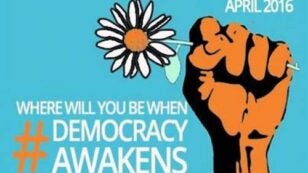 It started with the founding fathers. In America’s very first election, in 1788, the government officially barred all women, all people of color and any man without land from voting. This was American democracy in the 18th century. Almost 90 years later, the 15th amendment officially removed “race, color or history of servitude” as a […] 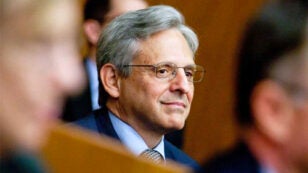 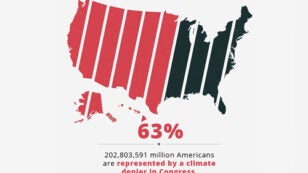 Here’s an inconvenient truth for the fossil fuel industry: The majority of Americans accept the scientific consensus that climate change is real and that it is a threat that must be addressed. This includes a majority of Democrats, a majority of Republicans and a majority of citizens who do not identify with a specific political party. […] 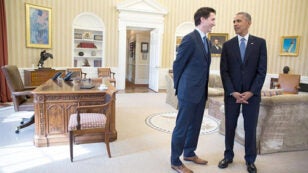 Yesterday during the first official visit by a Canadian Prime Minister to the U.S. in 19 years, the two countries made a historic and precedent-setting announcement to curb methane emissions. In addition to pledging cooperation on implementing their emissions reduction commitments under the Paris agreement, advancing clean energy and preserving the Arctic, the two North […] 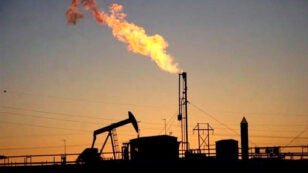 On the heels of President Obama and Prime Minister Trudeau’s joint announcement on new climate measures, the U.S. Environmental Protection Agency (EPA) announced it will implement a rule to limit methane emissions from existing oil and gas facilities. U.S. EPA Administrator Gina McCarthy said the agency will start work immediately on the regulations, meant to […] 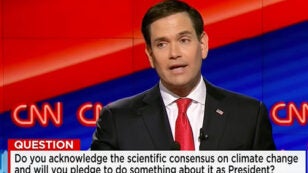 The subject of climate change was finally raised at last night’s GOP primary debate by the Republican mayor of Miami, Tomás Pedro Regalado. Mayor Regaled asked candidates, through the moderator, if they accept the scientific consensus on climate change and if they plan to do anything about it. Florida Sen. Marco Rubio said he had “long supported mitigation,” but […]