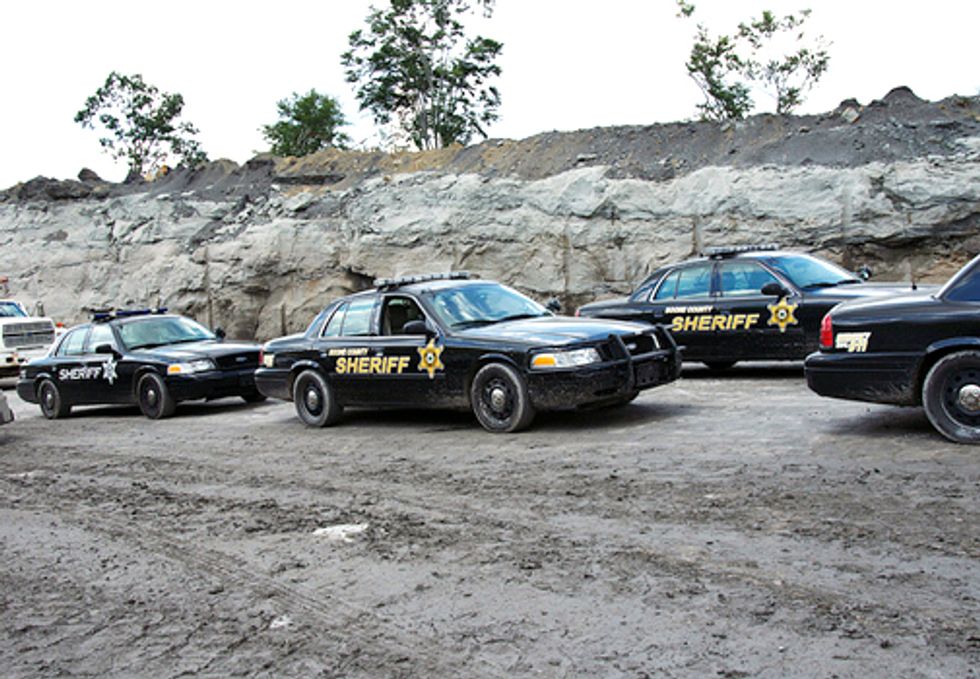 A group of West Virginians have joined forces with environmentalists from across the country, including CREDO Action and Energy Action Coalition, to call on U.S. Attorney for the Southern District of West Virginia Booth Goodwin and Attorney General Darrell McGraw today to conduct a full investigation of police brutality during and after a recent mountaintop removal (MTR) coal mining protest. After four days in jail, activist Dustin Steele was released on bail yesterday, his 21st birthday, after he sustained significant injuries as a result of being beaten by the state police while in custody at the Western Regional Jail.

"While the State Police in conjunction with the coal companies tried to break our spirit and our resistance by using violence to quell the fire of our movement, this attempt has failed,” said Steele, who was born and raised in Matewan, WV by a coal mining family. “My desire to struggle and organize for the future of the people and environment in West Virginia has never been stronger and, just like my grandfather fought with all of his allies, I will continue to fight for an end of mountaintop removal for the future generations of this state."

Steele landed in prison along with 19 other protesters after one of the largest protests against MTR coal mining at the Hobet mining complex on Saturday, July 28. A fellow protester, Catherine Ann MacDougal, was dragged away by her pigtails, leading to widespread accusations of police brutality and possible corruption. Protesters were expecting to be arrested in an act of nonviolent civil disobedience, but few expected the harassment, intimidation, assault, or record-shattering bail amounts for their misdemeanor offenses. They plan to file a formal complaint with the West Virginia State Police.

“Setting $25,000 bail for acts of nonviolent civil disobedience is not serving justice—it is serving the coal industry,” said Josh Nelson of CREDO Action. “That’s why CREDO Action’s West Virginia activists are calling on U.S. Attorney Booth Goodwin and Attorney General Darrell McGraw to launch a full investigation into what exactly occurred during and after Saturday’s protests.”

Protesters who left the mine when ordered by the State Police were forced to march down the road for four  hours under constant harassment and threats by coal supporters before being allowed to drive home. Bail for those arrested was set at $25,000, which is twenty five times the maximum fine for the charges of trespassing and obstruction and far higher than typical bails for violent offenders in West Virginia. One protester, Jonathan Sidney, had his phone and debit card confiscated and was then dropped off on a desolate stretch of highway with no choice but to hitchhike.

“The Energy Action Coalition is joining the call for U.S. Attorney Booth Goodwin and Attorney General Darrell McGraw to investigate in solidarity with those fighting to protect their homes, their families, and their futures in West Virginia,” said Whit Jones, campaign director for the Energy Action Coalition, a national coalition of youth organizations fighting for environmental justice and a clean energy economy. “Young people want to see an end to mountaintop removal mining, but we also want our rights to peacefully protest without fear of assault by police protected.”