What Exactly Is the Polar Vortex? 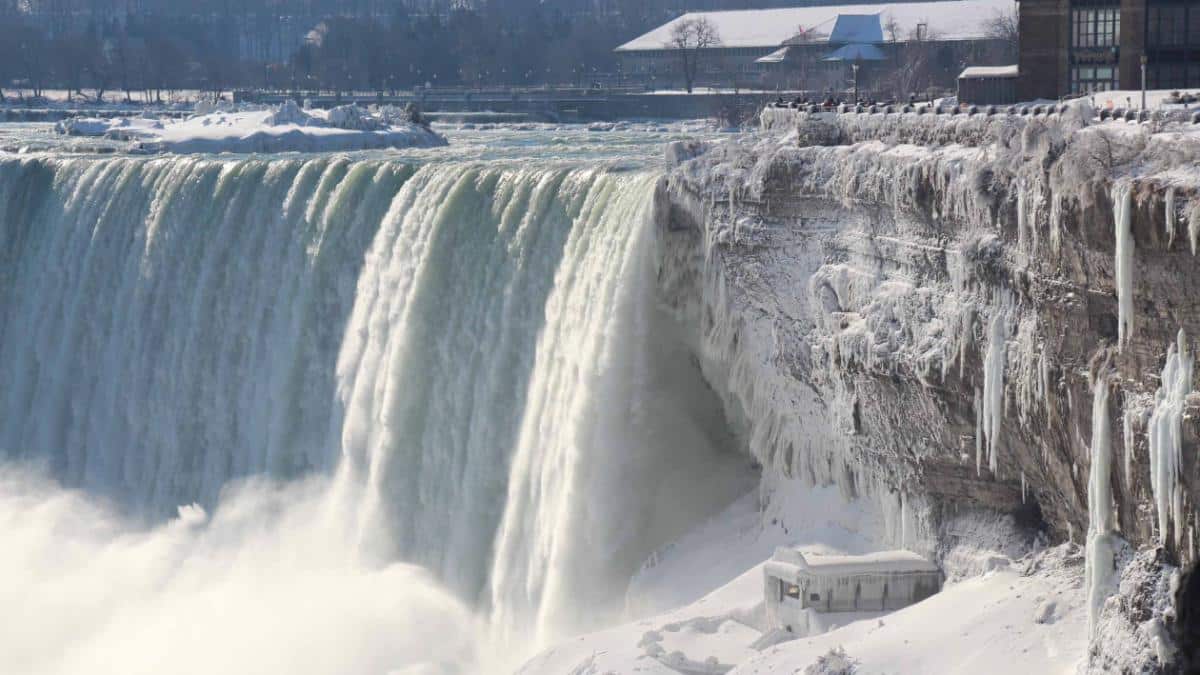 By Zachary Lawrence and Amy Butler

At the start of February 2021, a major snowstorm hit the northeast United States, with some areas receiving well over two feet of snow. Just a few weeks earlier, Spain experienced a historic and deadly snowstorm and dangerously low temperatures. Northern Siberia is no stranger to cold, but in mid-January 2021, some Siberian cities reported temperatures below minus 70 F. Media headlines hint that the polar vortex has arrived, as if it were some sort of ice tornado that wreaks wintry havoc wherever it strikes.

As atmospheric scientists, we cringe when the term polar vortex is used to loosely refer to blasts of cold weather. The actual polar vortex can’t put snow in your backyard, but changes in the polar vortex can load the dice for wintry weather – and this year, the dice rolled Yahtzee.

The Winds of Winter

The polar vortex is an enormous, three-dimensional ring of winds that surrounds the North and South poles during each hemisphere’s winter. These winds are located about 10 to 30 miles above Earth’s surface, in the layer of the atmosphere known as the stratosphere. They blow from west to east with sustained speeds easily exceeding 100 mph. In the darkness of the winter polar night, temperatures within the polar vortex can easily get lower than minus 110 F.

Fortunately for everyone, the stratospheric polar vortex itself won’t appear outside your front door. The polar vortex does influence winter weather, but it is more like a domino – when it is knocked over, it can start a chain of events that later result in wild weather.

The strength of the polar vortex can vary widely during winter, and these variations can lead to shifts in the strength and position of the jet stream, the fast-flowing river of air in the troposphere beneath the polar vortex. When the jet stream changes, it affects the movement of weather systems, causing different parts of the world to see much warmer or colder, or much wetter or drier conditions.

Since the Earth’s atmosphere is one giant shell of air that moves like a fluid, the polar vortex is interconnected with the weather that moves around the Earth at lower altitudes. Normal variations in the jet stream and weather can disturb the structure of the vortex in the stratosphere. Like an elastic band, the vortex usually rebounds back to its normal shape and size, maintaining its strong winds and low temperatures.

Between December (left) and January (right), the polar vortex moved entirely off the North Pole and lost much of its structural integrity. Zachary Lawrence/CIRES/NOAA

But sometimes, these weather and jet stream variations can knock the polar vortex off balance, causing significant wobbles in its shape, location, temperatures and winds. When this happens, the structural integrity of the polar vortex begins to break down. If this happens often enough over a period of time, everything can go haywire with the polar vortex as the winds break down and the vortex warms up.

As the polar vortex deforms between December and January, the jet stream became much wavier and brought cold storms farther south. Zachary Lawrence/CIRES/NOAA

This is precisely what has unfolded this year: On Jan. 5, the polar vortex was completely thrown out of whack by an event called a sudden stratospheric warming. Sudden stratospheric warming is the technical name for these violent disturbances that severely distort and weaken the vortex, knocking it off of the pole or even ripping it apart. When this happens, temperatures in the normally cold polar stratosphere explosively rise by as much as 90 F over the span of a few days – hence the name of these events.

Here is my "official" 3D animation of this year's stratospheric #PolarVortex split. Another beautiful event! pic.twitter.com/ml59N1cDoh

At this point, the domino has tipped over: Eventually the jet stream feels the effects of the weakened polar vortex above, and it can begin to undulate. When the jet stream gets wavy, it can dip farther south, bringing cold air and winter storms with it.

The January 2021 event pushed the polar vortex from its normal position over the North Pole all the way over to Europe and Siberia, nearly pulling it apart multiple times in the process. It can take weeks or months for the polar vortex to recover from something like this. While the vortex pieces itself back together, the undulating, curvy jet stream can bring frigid Arctic air and winter storms to the U.S. and Europe while allowing unusually warm weather to get into the far north.

In some winters, weather systems barely affect the polar vortex at all, allowing the vortex to grow colder with faster winds. This can have the opposite effect on the jet stream, causing it to keep cold Arctic air from the polar regions locked up north. This is what happened during the Northern Hemisphere winter of 2020, when the polar vortex was extraordinarily strong and many regions experienced an exceptionally warm and mild winter.

Calling any blast of cold air a polar vortex is wrong. The behavior of the polar vortex doesn’t just portend colder weather – it can also foreshadow much warmer weather. Most of the time the polar vortex has little influence on winter weather as it flows like normal, miles above the surface. But forecasting and monitoring huge disturbances to the polar vortex allows us to anticipate the chain of events that may leave feet of snow and frigid weather at your doorstep.

Zachary Lawrence is a Research Scientist, University of Colorado Boulder.