‘Polar Vortex,’ ‘Winter Storm Grayson’ and ‘Bombogenesis’: What Do They Mean? 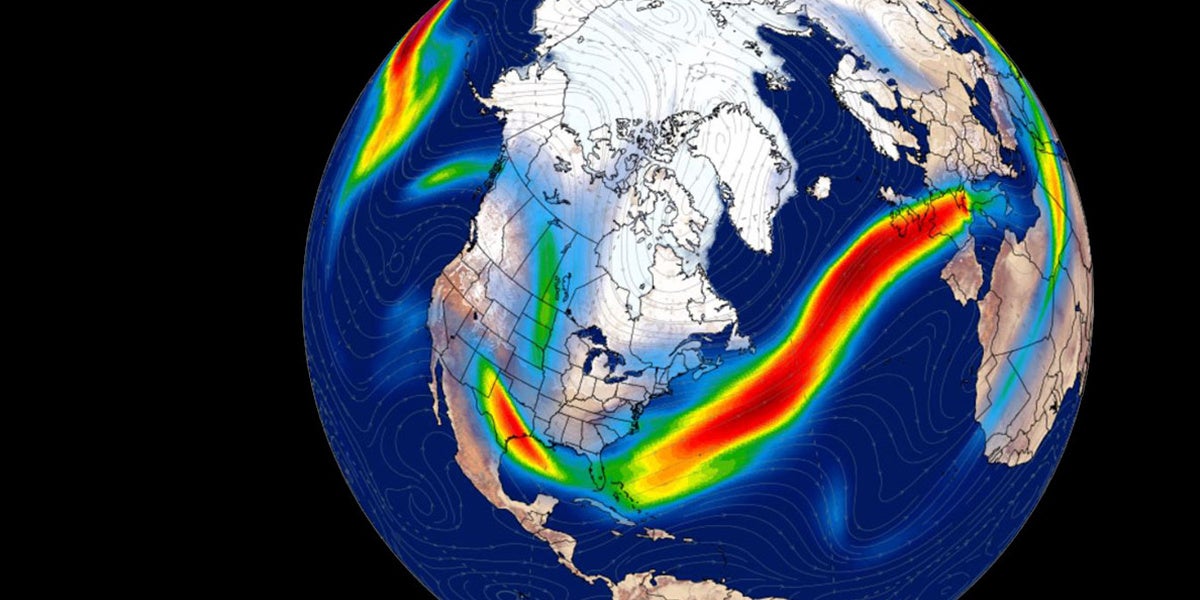 Map of the jet stream and polar vortex on January 3, 2018. University of Maine Climate Change Institute

Forecasters are trotting out “polar vortex” and atypical terms like “Nor’easter bomb” and “bombogenesis.” These words signal the unusual and dangerous conditions forecast for winter storm Grayson and their implications for the southeast U.S., mid-Atlantic, and eventually New England and beyond. What do they mean?

Meteorologists use the phrase bombogenesis to describe a sudden and extreme drop in barometric pressure of at least 24 millibars over 24 hours, which leads to rapid intensification of a mid-latitude cyclone. We are used to hearing about North Atlantic cyclones during summer and fall—it’s the meteorological term for hurricanes—and now winter storm Grayson is drawing moisture from a similar cyclonic circulation that will bring blizzard conditions as it moves northeast just offshore of the U.S. east coast.

With cold temperatures and icy conditions leaving the continental U.S. reeling over the New Year, it might seem counter-intuitive to say that we’re still experiencing global warming. But as my colleague Peter Frumhoff puts it, saying that climate change isn’t occurring because of the cold in the eastern U.S. is “like saying if everyone around me is wealthy then poverty is not a problem … local weather is not an indicator of changes in climate.“

Global warming is exactly that: global. The total area of the U.S., including Alaska and Hawaii, is only about 2 percent of the surface area of Earth. This map from the University of Maine Climate Change Institute showing the deviations from average temperature for this time of year demonstrates this concept well—much of the continental U.S. may be unusually cold right now but most of the rest of the world is well above average (Figure 1). 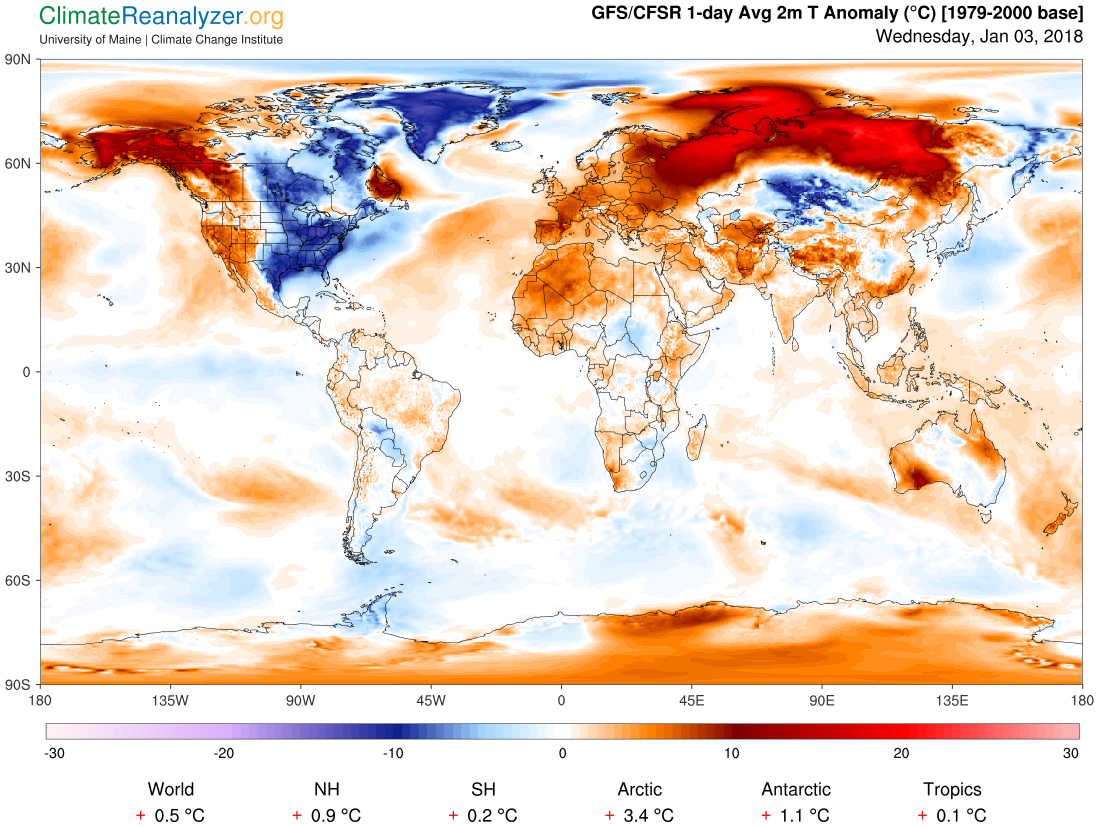 Figure 1: Temperature departure from average for this time of year. Much of the continental U.S. may be unusually cold right now but most of the rest of the world is well above average. Map from the University of Maine Climate Change Institute

Alaska has been unusually warm this winter even though it is in the Arctic. It might seem strange that local weather events such as a balmy Alaska and freezing Florida can occur at the same time, but they’re examples of another phenomenon we can expect from a changing climate: more events at the extremes. Many scientists are studying these clues to explore the connections between a rapidly warming Arctic from climate change and shifting extreme weather patterns in northern hemispheremid-latitudes (i.e. the continental U.S. and Eurasia).

Scientists noticed an unusual winter pattern in the jet stream that started around the year 2000. Before that time the jet stream was typically fast with small waves that kept the cold air contained in the Arctic region. However, the jet stream began slowing down, and its waves meandering more.

The distance between the peak (like the green and yellow band peaking near the intersection of the borders between Alaska and the Yukon Territory of Canada in Figure 2) and the trough (the highlighted red, yellow and green area near the southern U.S.) has become much longer since the 2000s when compared to prior decades. 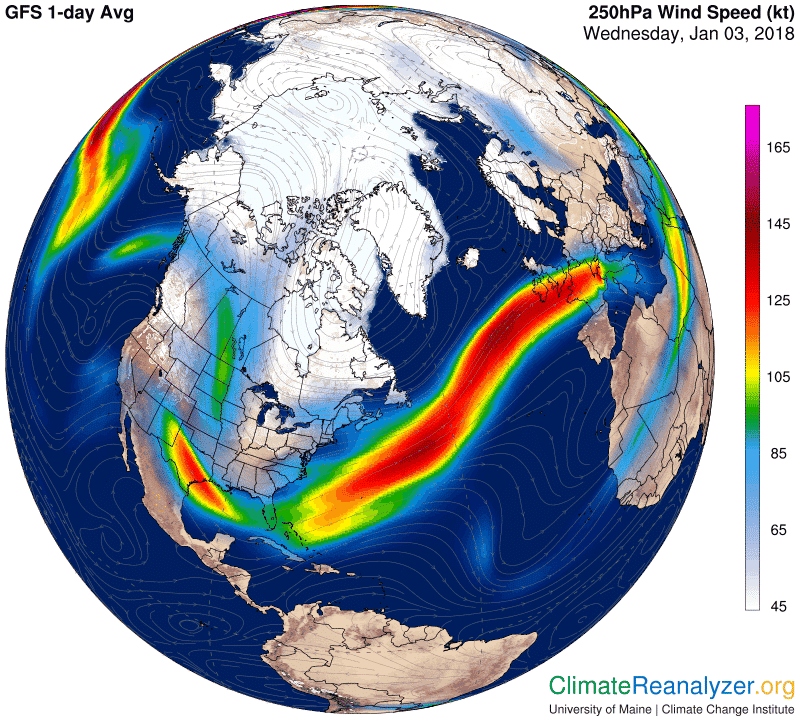 Figure 2: The jet stream and polar vortex on January 3, 2018 Map from the University of Maine Climate Change Institute

Scientists are making progress in better understanding how much natural seasonal patterns, ocean cycles and other factors play a role in altering the jet stream and how much global warming is responsible. Some say a lot, others not as much. This is a robust scientific discussion that has continued to evolve over the past several years.

One thing is certain: no climate scientists say there is zero contribution from global warming. We agree on 90 percent of the facts of the issue—now we’re debating the remaining 10 percent.

How will we know when this particular scientific debate is over? One way or another, the scientific community will reach consensus—just as it has with climate change more broadly.

Assessments will shift toward keeping track of the changing percentage of contribution from climate change to the altered jet stream. And we’ll really know consensus is reached when this research is incorporated into longer-term outlooks for winter forecasts. In fact, a recent publication suggests that if the Arctic indicators—such as the strength or weakness of the polar vortex—were better incorporated into current winter forecasts, we could have two- to six-week previews of the winter temperatures in the northern hemisphere just like we get our 10-day forecast today.

If predictions become reliable enough, this could help cities and counties plan to distribute snow removal equipment to regions that will need it well in advance of storms. This knowledge may better protect people facing risks to their daily lives from the consequences of extreme cold winter storm events.