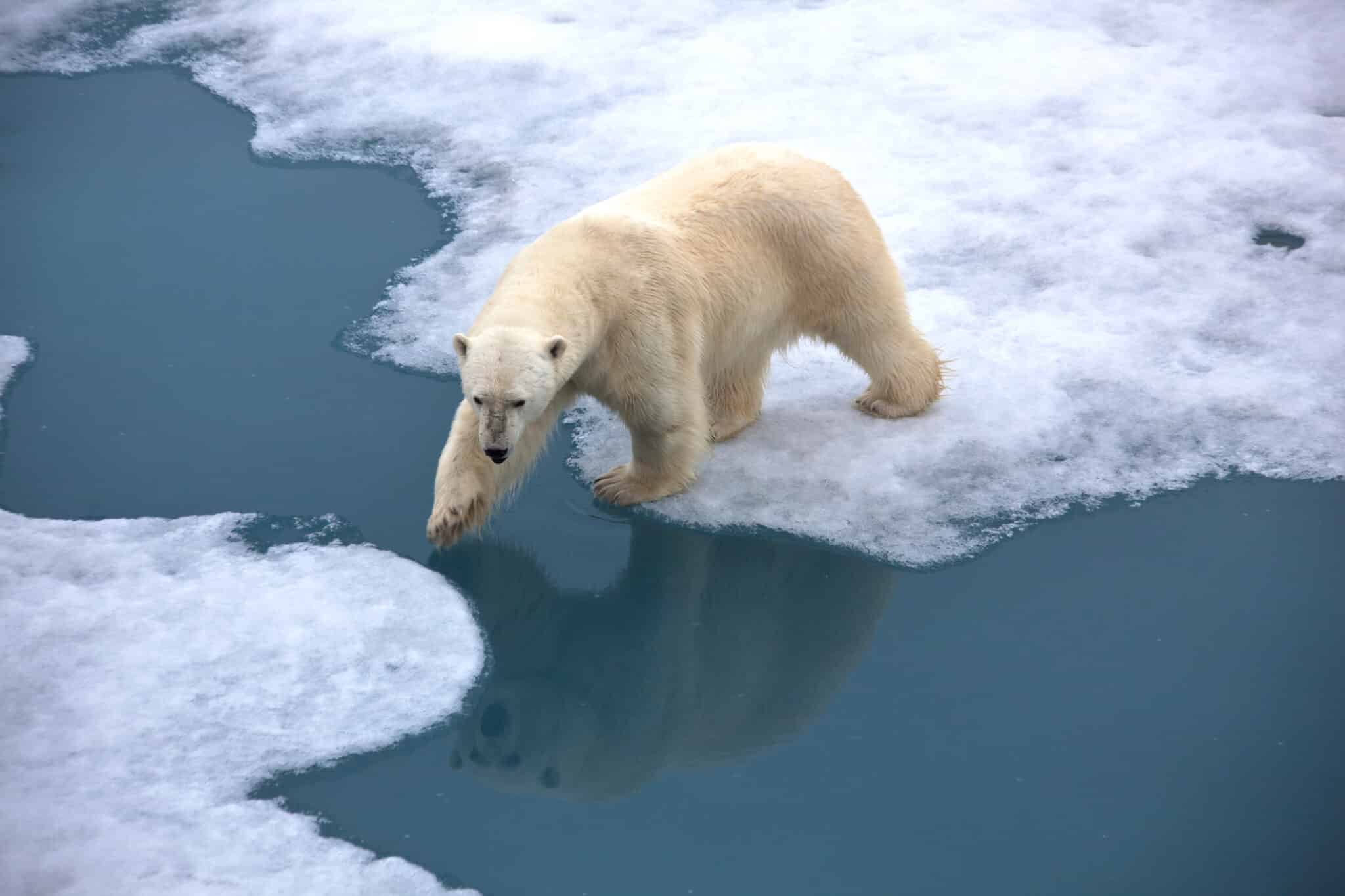 Few animals represent the face of the Arctic like polar bears. The largest bears in the world, polar bears are excellent swimmers who spend more time in the sea than they do on land. Sea ice is the platform from which they hunt the seals needed to obtain the necessary calories to survive.

Now, scientists have found a subpopulation of polar bears in Southeast Greenland that have been able to survive by hunting using mostly freshwater ice flowing into the ocean from the continent’s glaciers. The isolated and genetically unique population could provide insight into the future of polar bears in a changing Arctic landscape.

The study of this rare subpopulation of polar bears, “Glacial ice supports a distinct and undocumented polar bear subpopulation persisting in late 21st-century sea-ice conditions,” was published in the journal Science.

“We wanted to survey this region because we didn’t know much about the polar bears in Southeast Greenland, but we never expected to find a new subpopulation living there,” said polar scientist at the University of Washington’s Applied Physics Laboratory Kristin Laidre, who was lead author of the study, as the University of Washington (UW) reported. “We knew there were some bears in the area from historical records and Indigenous knowledge. We just didn’t know how special they were.”

For the study, the researchers gathered data from Greenland’s southeastern coast and combined it with three decades of data from the entire east coast of the continent. The area hadn’t had much attention from researchers due to its rough terrain and extreme conditions, but the new data demonstrate the bears’ ability to survive by using mostly ice from the glacier.

“Polar bears are threatened by sea ice loss due to climate change. This new population gives us some insight into how the species might persist into the future,” Laidre said, as reported by UW. “But we need to be careful about extrapolating our findings, because the glacier ice that makes it possible for Southeast Greenland bears to survive is not available in most of the Arctic.”

Professor and geneticist at the University of California, Santa Cruz, Beth Shapiro, who was a co-author of the study, said the Southeast Greenland population is the most genetically isolated in the world. The subpopulation has lived apart from other populations of polar bears for a minimum of several hundred years, according to Shapiro. The subpopulation differs genetically from its closest genetic neighbor more than any of the other 19 documented populations of polar bears.

The bears have remained isolated due to being surrounded by mountains, water and the enormous Greenland Ice Sheet. They also tend to be “homebodies,” according to satellite data, spending most of their time in local, protected fjords or neighboring fjords instead of traveling long distances across the sea ice like most polar bears.

“I do think they can teach us something about where rare, small numbers of polar bears might be able to hang on in an ice-free Arctic,” Laidre said, as reported by The Guardian.

Researchers benefitted from the knowledge of East Greenland subsistence hunters before and during the study, who supplied them with samples to analyze.

Laidre said the conditions of the habitat of the Southeast Greenland subpopulation of polar bears are similar to what could be the future terrain farther north.

“In a sense, these bears provide a glimpse into how Greenland’s bears may fare under future climate scenarios,” said Laidre, as UW reported. “The sea ice conditions in Southeast Greenland today resemble what’s predicted for Northeast Greenland by late this century.”

From February to late May, the polar bears in Southeast Greenland are able to access sea ice, but for the remainder of the year the bears hunt from portions of freshwater ice that has broken free from the Greenland Ice Sheet.

This means that glaciers that calve into the ocean on a consistent basis could become a lifeline for polar bears as sea ice diminishes due to climate change.

“Even with rapid changes happening on the ice sheet, this area in Greenland has the potential to continue to produce glacial ice, with a coast that may [look] similar to today, for a long time,” said deputy lead scientist at the National Snow and Ice Data Center and study co-author Twila Moon, as reported by UW.

“If you’re concerned about preserving the species, then yes, our findings are hopeful—I think they show us how some polar bears might persist under climate change,” commented Laidre, according to UW. “But I don’t think glacier habitat is going to support huge numbers of polar bears. There’s just not enough of it. We still expect to see large declines in polar bears across the Arctic under climate change.”

The subpopulation of Southeast Greenland polar bears has been estimated by the researchers to consist of a few hundred bears, with smaller-than-average adult females with fewer cubs, which could suggest difficulty in finding mates due to the challenging landscape.

“The low body condition and birth rate reported in south-east Greenland suggests this group of bears may already be living at the edge of persistence,” said polar bear expert at the University of Alberta Professor Andrew Derocher, who was not involved in the study, as The Guardian reported.

Recognizing the Southeast Greenland polar bears as the 20th unique population in the world would be helpful in protecting them, a determination that would be made by the International Union for Conservation of Nature. Decisions regarding the management and protection of the species would be made by Greenland’s government.

“Preserving the genetic diversity of polar bears is crucial going forward under climate change,” said Laidre, as reported by UW. “Officially recognizing these bears as a separate population will be important for conservation and management.”