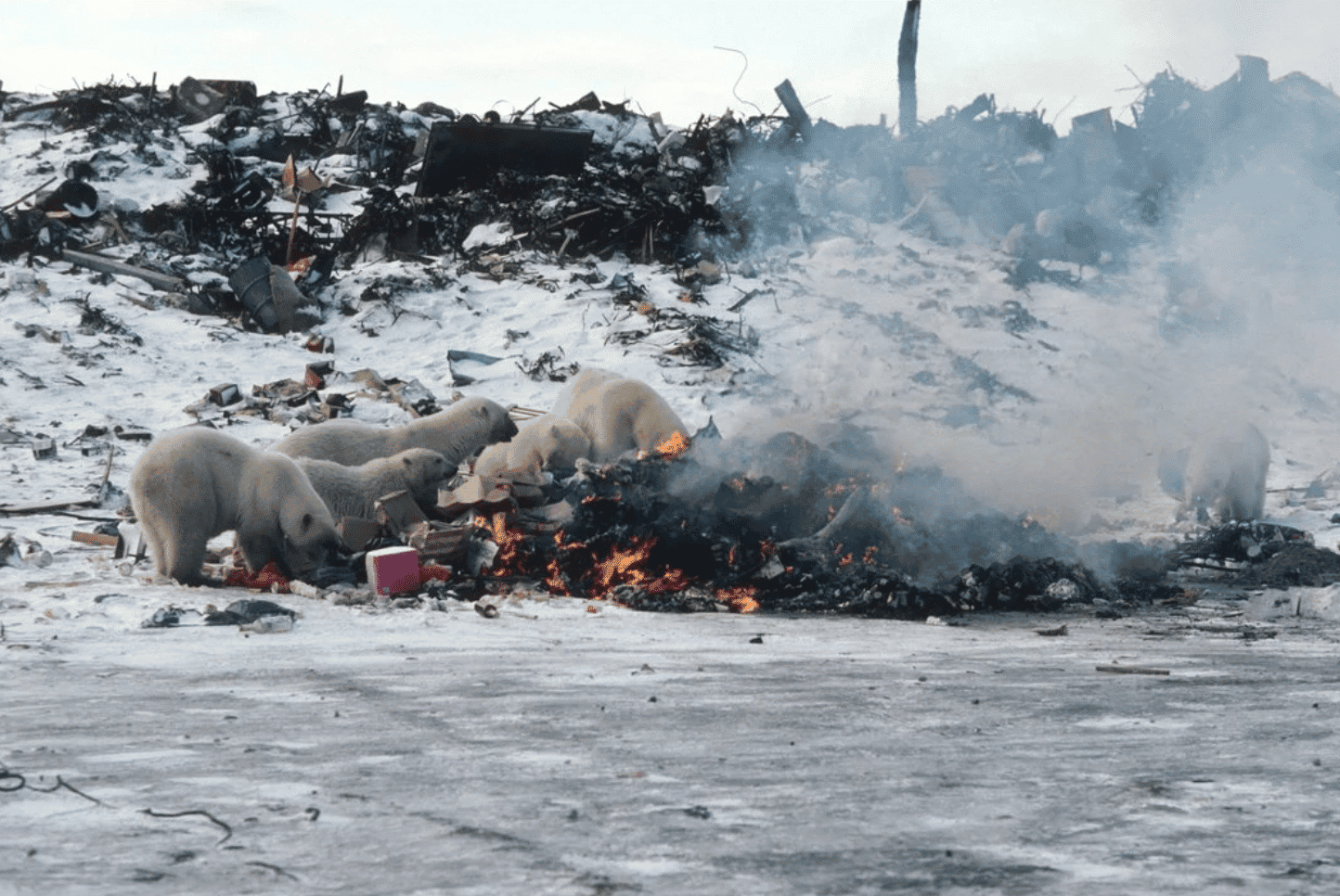 As climate change erodes the icy habitats of polar bears, they are left stranded from their usual food sources for longer periods of time. So instead of filling up on seals, a new study has found that polar bears are supplementing their diets with garbage, which is expected to become a growing threat to the species.

A new report from Canadian and U.S. scientists published in the journal Onyx outlines how polar bears are beginning to turn to humans’ trash as a food source, which could lead to more regular and/or unpredictable human-polar bear conflicts as the animals search for food.

“Bears and garbage are a bad association,” said study co-author Andrew Derocher, a biologist at the University of Alberta, as reported by Reuters. “We know that very well from a brown bear and black bear perspective, and now it’s an issue developing with polar bears.”

Polar bears usually hunt seals, but they need ice to do so. As temperatures rise and the ice melts earlier and refreezes later, polar bears are stuck on shore for longer amounts of time. Their time to hunt is shortening, leaving the animals hungry. So they turn to landfills and other sources of garbage to satiate their hunger, similar to the way brown bears and black bears already come into communities in search of food.

Polar bears, which are considered vulnerable by the International Union for Conservation of Nature (IUCN) Red List, have been recently spotted in several Arctic communities looking for food. In February 2019, the report stated there was a “mass invasion” of polar bears in Belushya Guba, Novaya Zemlya, Russia, when 52 polar bears came to feed in an open dump. Further, the bears attempted to get into local buildings.

Another 60 polar bears were found scavenging in an open dump in the 600-person village of Ryrkaypiy, Chukotka, Russia in December 2019. The bears remained in the area until the sea ice refroze in the fall.

The trash diet can make the polar bears sick, and they could choke on materials like plastic wrappers.

“Bears don’t know all the negatives that come with plastic ingestion and the diseases and toxins they’re likely exposed to in a (landfill) setting,” Geoff York, study co-author and senior director of conservation at Polar Bears International, said.

But their proximity to humans and potential for conflict is a big risk. People may kill the polar bears to protect their communities. Scientists expect these risks to rise in the coming years as global temperatures continue to rise and human populations extend farther into the Arctic. For example, the human population of Nunavut, Canada is slated to grow 31% from 2014 to 2043. This area is home to thousands of polar bears.

While waste management could help, it can be a challenge for these remote, Arctic communities. The ground is too cold to bury the trash, and the cost to haul the trash away is too high.

“Education, the implementation of polar bear-proof methods of waste storage, law enforcement and the provision of adequate resources at the community level are required to mitigate this potentially increasing problem,” the study said, noting that measures taken to reduce conflicts between brown and black bears and humans could be replicated for polar bears. Scientists also say federal funding will be important to providing better waste management for remote communities in the affected areas.