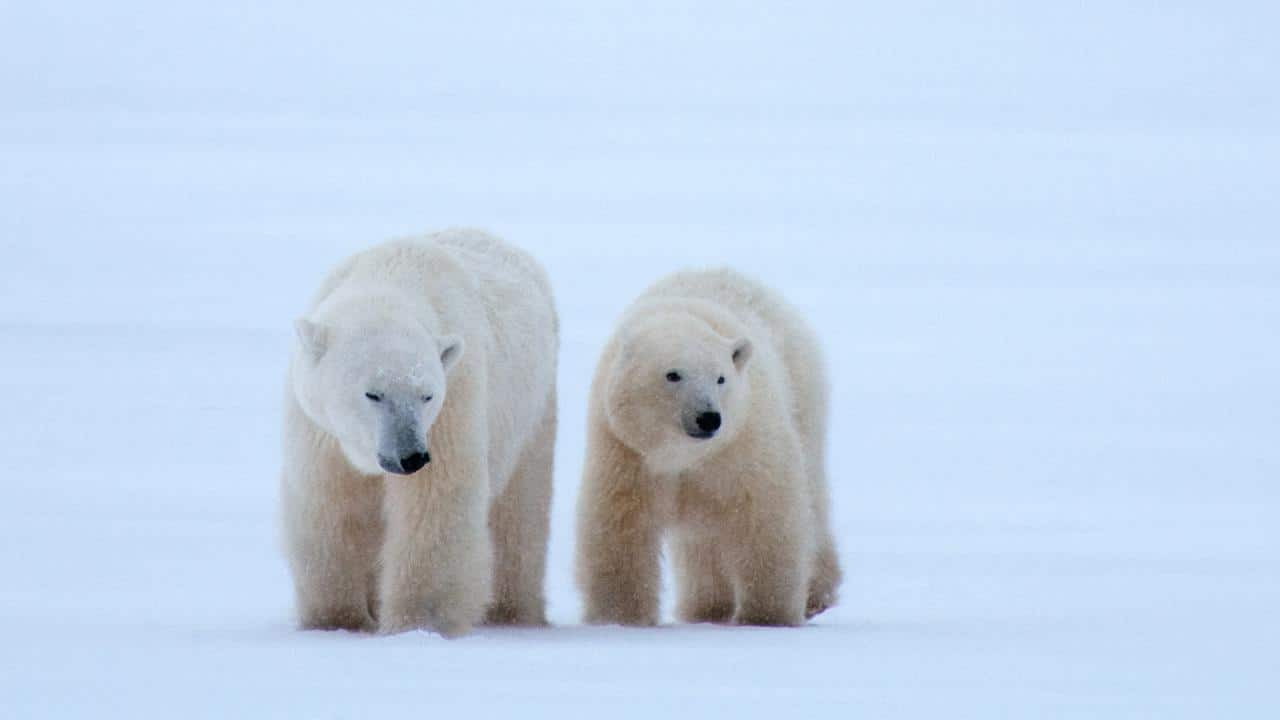 Whenever I’m fortunate enough to travel north, the stress of daily life seems to fall away with each mile as one goes further away from built environments and closer to raw nature. Returning to Churchill, the small community on the shores of Hudson Bay, is no different. Churchill has a slower pace and reminds you of simpler times when neighbors knew one another and looked after each other. It also has the unique benefit and challenge of polar bears living nearby, and in larger numbers, during the summer ice-free months.

While polar bears in this part of the world have long come ashore in the ice-free period, that span has grown longer by about one full month as the Arctic continues to warm and sea ice melts away. These documented changes in ice also have a negative impact on polar bears’ ability to hunt their primary prey – ringed seals – resulting in a declining population trend for this region. 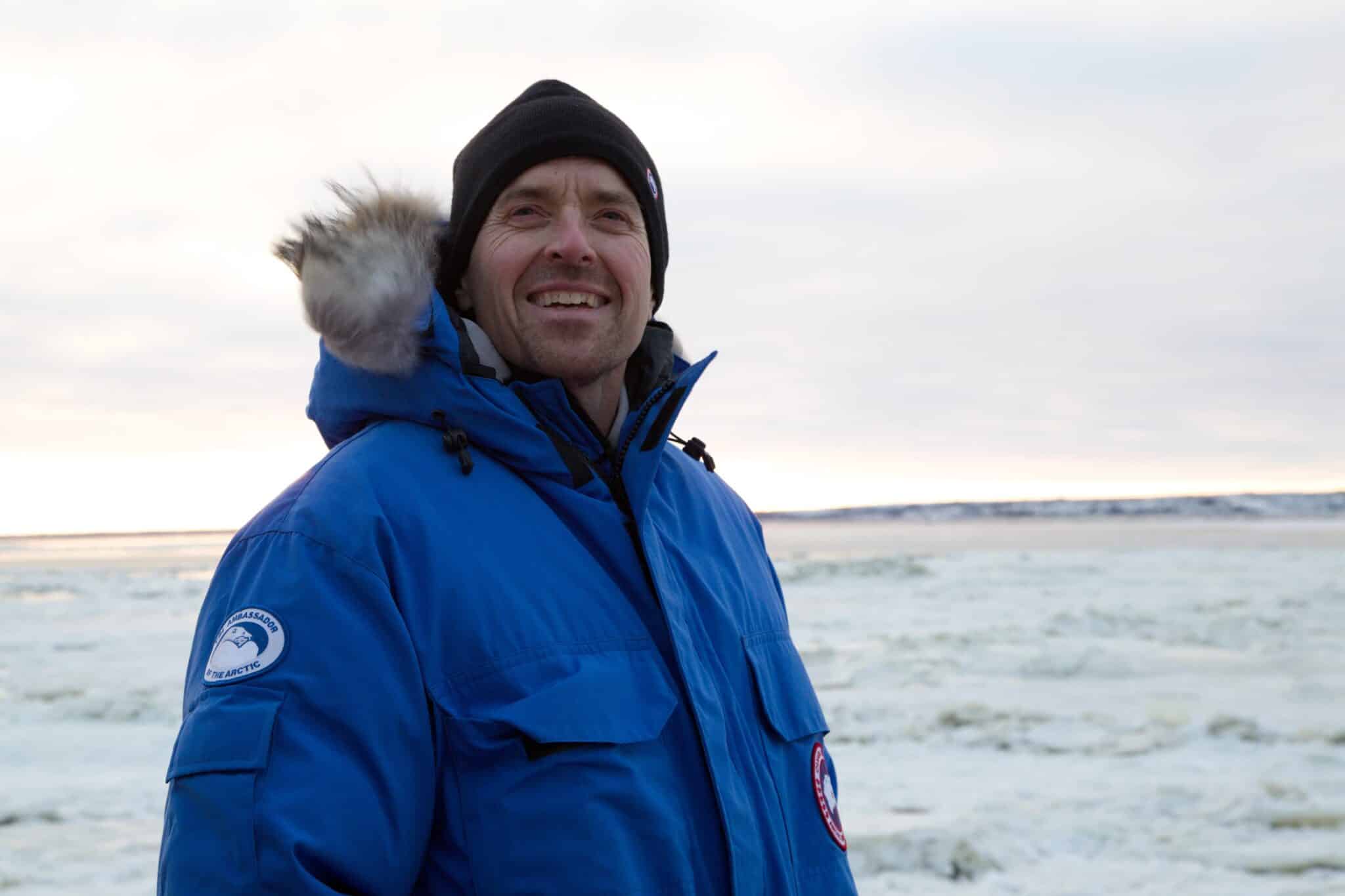 Every year, after months of fasting on land, the bears begin to congregate along the coast of Hudson Bay as temperatures drop, anticipating freeze-up and a return to their seal-hunting grounds. This annual concentration of polar bears is one of the most spectacular events in the natural world, but also a poignant one, as these bears live on the front lines of climate change, with longer ice-free seasons straining the limits of their fat reserves.

As Polar Bear Week approaches (October 31-November 6), temperatures are starting to drop and frosty mornings remind us that winter is almost here. Still, conditions are warmer than usual for this time of year, with no persistent snow on the ground and not a hint of ice in the bay, underscoring the urgent need for solid progress at the upcoming COP26 climate talks.

For the past couple of weeks, members of the Polar Bears International team have been roaming across along the shore of Hudson Bay in a Tundra Buggy, sharing our Polar Bear Cams in partnership with explore.org and interacting with audiences around the world through our Tundra Connections webcasts and live chats.

In addition to our outreach efforts, the Polar Bears International team is working on a number of research and conflict-reduction projects this fall, including supporting the efforts of the Town of Churchill to establish the world’s first polar bear safe community. The goal is to develop safety protocols and frameworks that can be shared across the North, allowing polar bears and people to coexist with each other. This is important because more polar bears are being driven ashore in more places by melting sea ice, and for longer periods, increasing the chance of negative encounters. By preparing now, communities can take steps to minimize conflict, keeping both polar bears and people safe from harm. 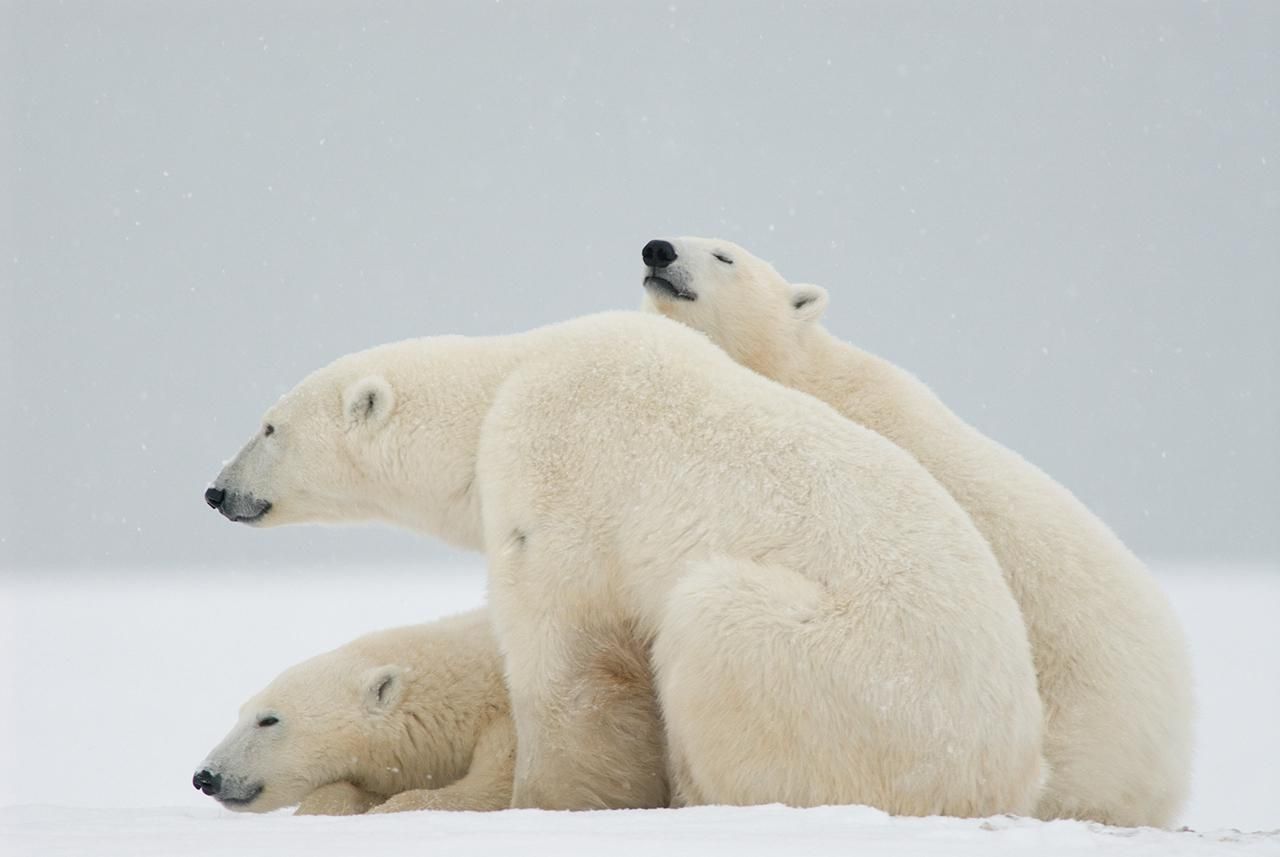 This fall, we will continue to support Churchill’s bear safety efforts in several ways, with an eye for sharing findings with other Arctic communities. These include:

In addition, our conflict-reduction efforts include researching four types of ground-based radar to test whether “Detect and Protect” surveillance systems can be developed to warn communities, work stations, and remote camps of approaching bears. This early-warning technology shows great promise in triggering alerts that can prevent encounters, saving the lives of both polar bears and people. As part of this year’s Polar Bear Week celebration, we are raising funds to support the development of this technology.

And, finally, this bear season we are continuing research on a project with 3M to develop small tracking devices that can be attached to a polar bear’s fur. Last fall, we began testing the devices on wild polar bears in the Western Hudson Bay population and then expanded to bears in zoo settings. This year, we will be testing them on bears in the Southern Hudson Bay population while continuing tests with zoo bears. 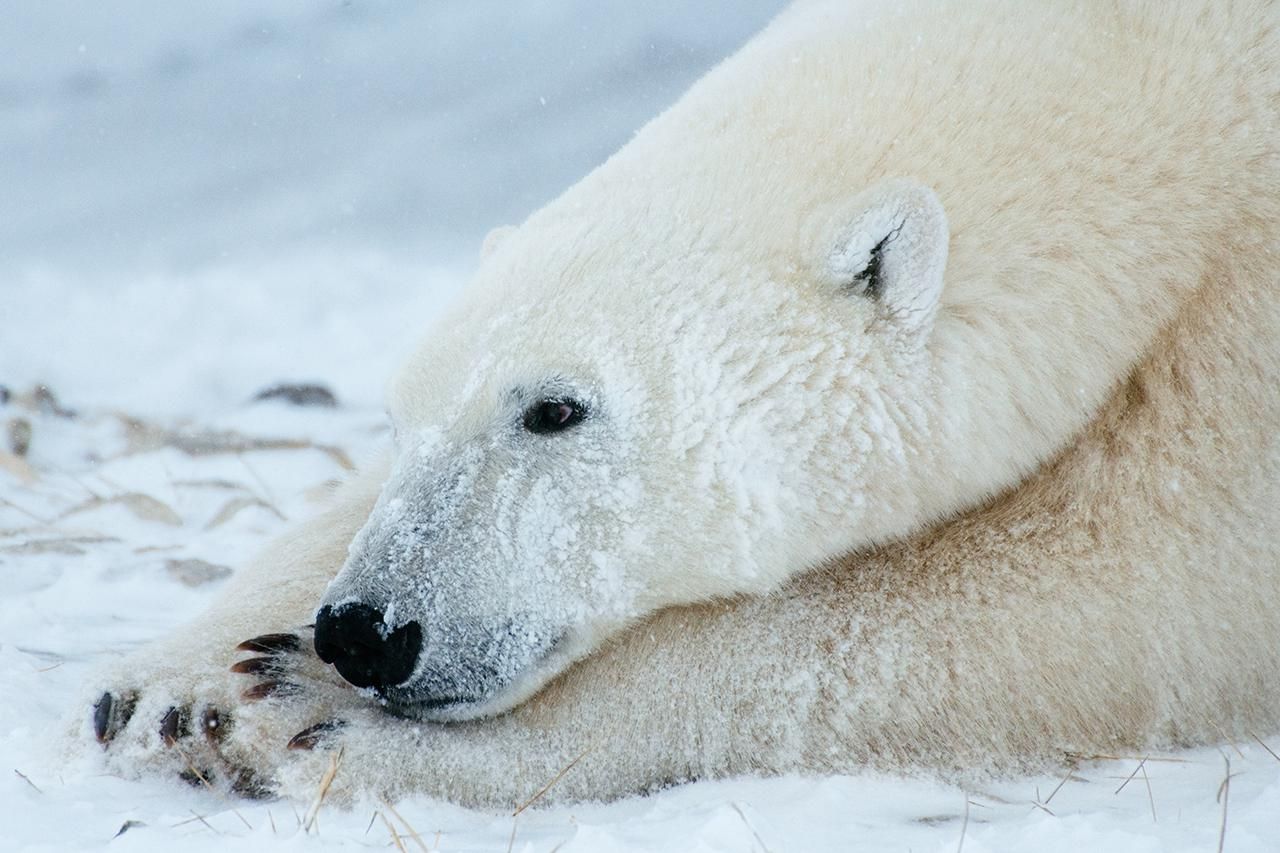 This is important because tracking devices provide vital information on polar bears, allowing researchers to follow them even when they’re far out on the sea ice or wandering in 24 hours of winter darkness. They allow us to understand the movement patterns and behavior of polar bears, along with other information such as habitat use, abundance estimates, responses to changing sea ice conditions, and population boundaries. It’s critical data in a changing Arctic.

Returning to Churchill each fall is always inspiring for our team, giving us a chance to reconnect with the people, the land, and the bears – immersing ourselves in their world for a short time. Last week, we were moved by the sight of a mother bear nursing her cub on the tundra, a rare and special moment for all of us, and a reminder of why we are so committed to polar bear conservation–during Polar Bear Week and every week. 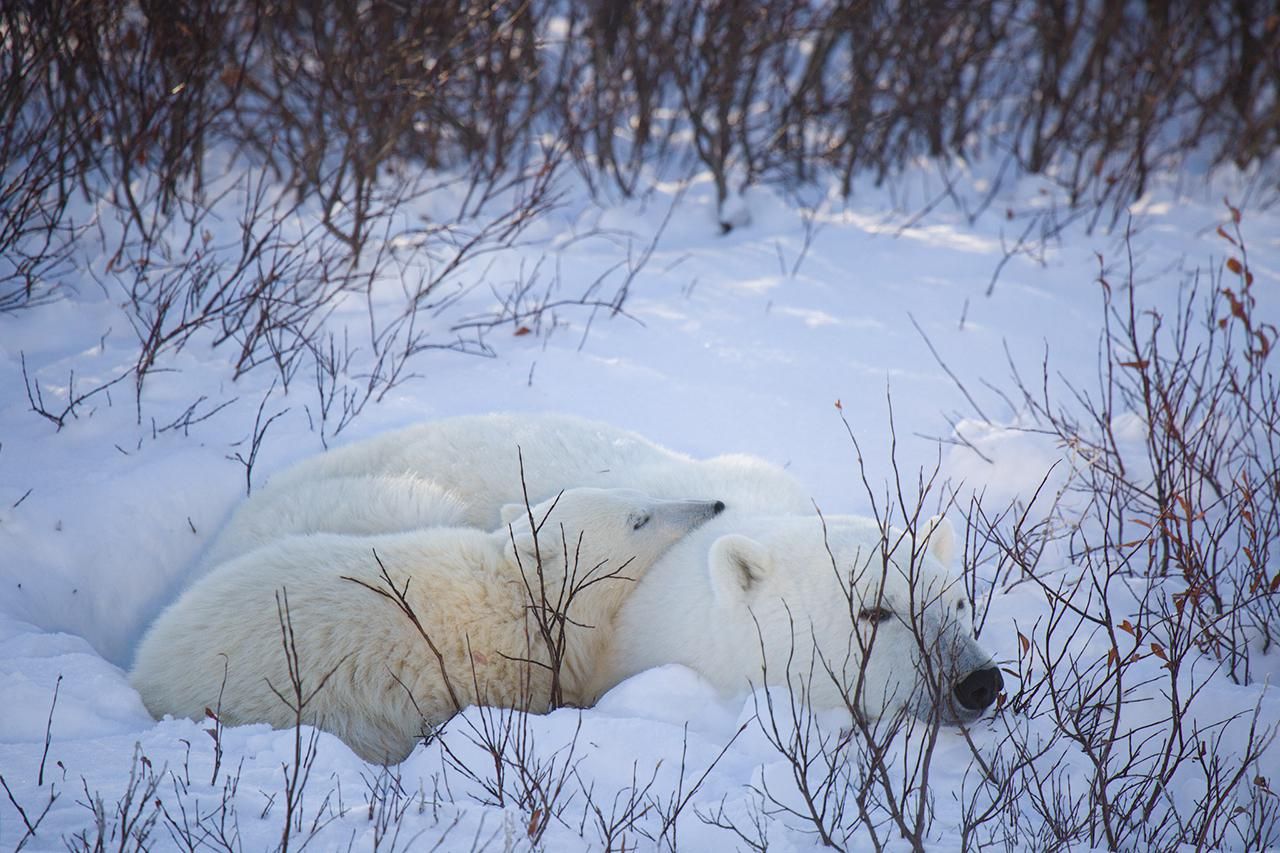 Geoff York is the senior director of conservation for Polar Bears International. He has more than 20 years of Arctic field experience, including work with polar bears in Alaska, Canada, and Russia, and a special interest in human-polar bear conflict-reduction.