Watch This Hungry Polar Bear Get a Well-Earned Meal 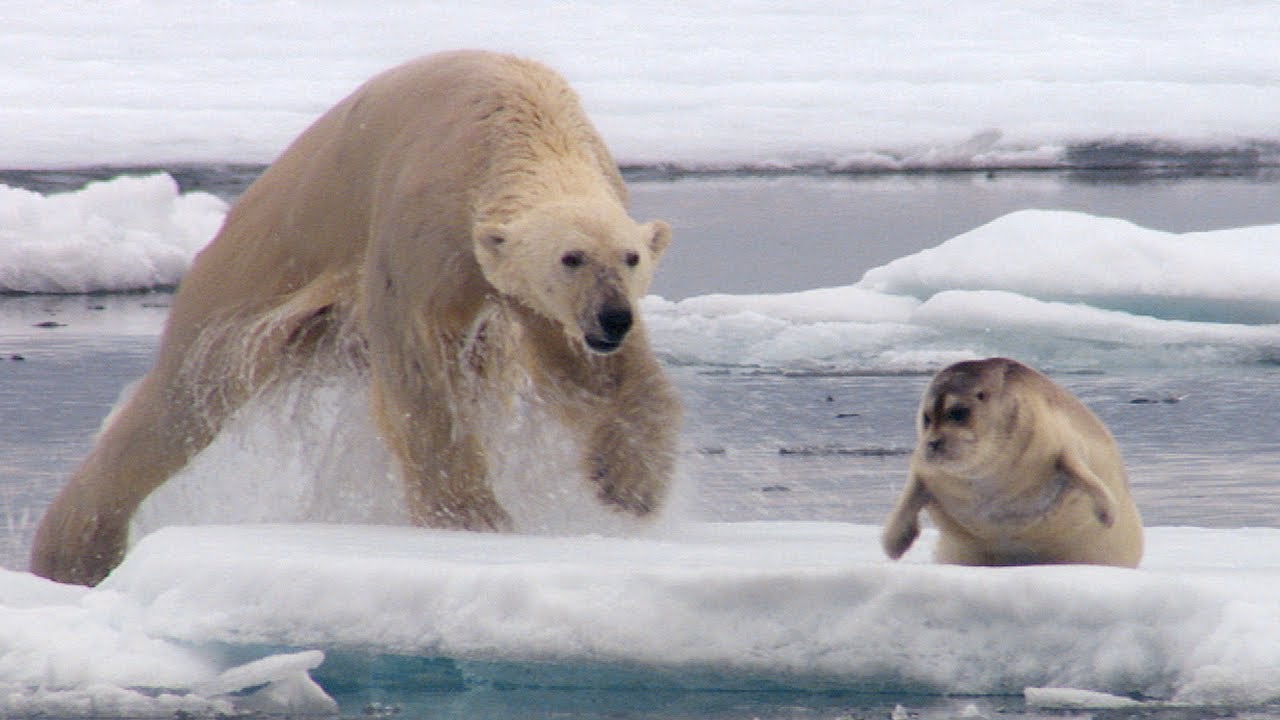 Polar bears are increasingly threatened by rising temperatures in the Arctic. As sea ice melts, the bears are losing their habitat and finding fewer bases from which to hunt for seals, their main food source.

Check out this video from BBC Earth, where a starving polar bear attacks a seal, but is quickly forced to pursue her prey underwater. Narrator David Attenborough explains how climate change is draining bears of their reserves, creating a crisis that “can’t go on forever.”