In Photos: The Battle for Poland’s Ancient Bialowieza Forest Amidst a carpet of green lichen, flowers blossom on a fallen tree trunk in the Bialowieza forest. Konrad Skotnicki / Greenpeace

Despite repeated warnings from the European Union, the Polish government continues to defy orders to stop logging operations in the ancient Bialowieza forest.

The relationship hasn’t improved. The commission has accused the Polish government of not respecting interim orders issued by the European Court of Justice (ECJ) to stop logging, and state that they have satellite images and other evidence to prove it. Now they have asked the ECJ to impose penalties on Poland for not respecting it.

In recent weeks, the Polish government has reacted angrily, accusing the Commission of “spreading lies” and “manipulating the facts.”

They told Unearthed that: “These activities are carried out in accordance with the decision of the Court of Justice of the European Union as well as Polish and European law.”

Meanwhile, the forest continues to be cut down.

The ECJ’s interim measures permit the Polish government to fell trees where there is a threat to public safety. However, forest patrols carried out by Greenpeace Poland in August found evidence of loggers violating the EU Court’s decision in 16 out of 30 forest areas. 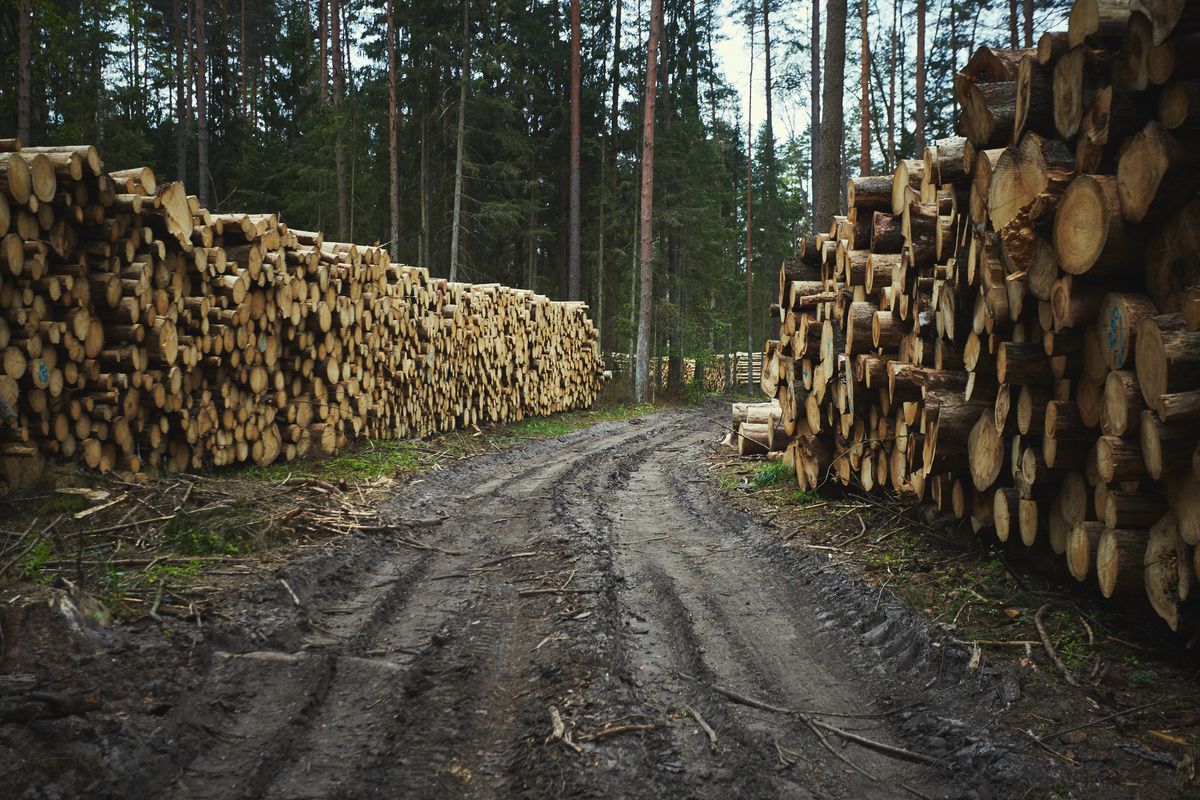 The Bialowieza forest is a biodiversity hotspot: a Unesco World Heritage site and the best-preserved lowland forest in Europe. It’s home to the largest free-roaming population of European bison, as well as several rare species of birds, hundreds of insects and thousands of mushrooms. 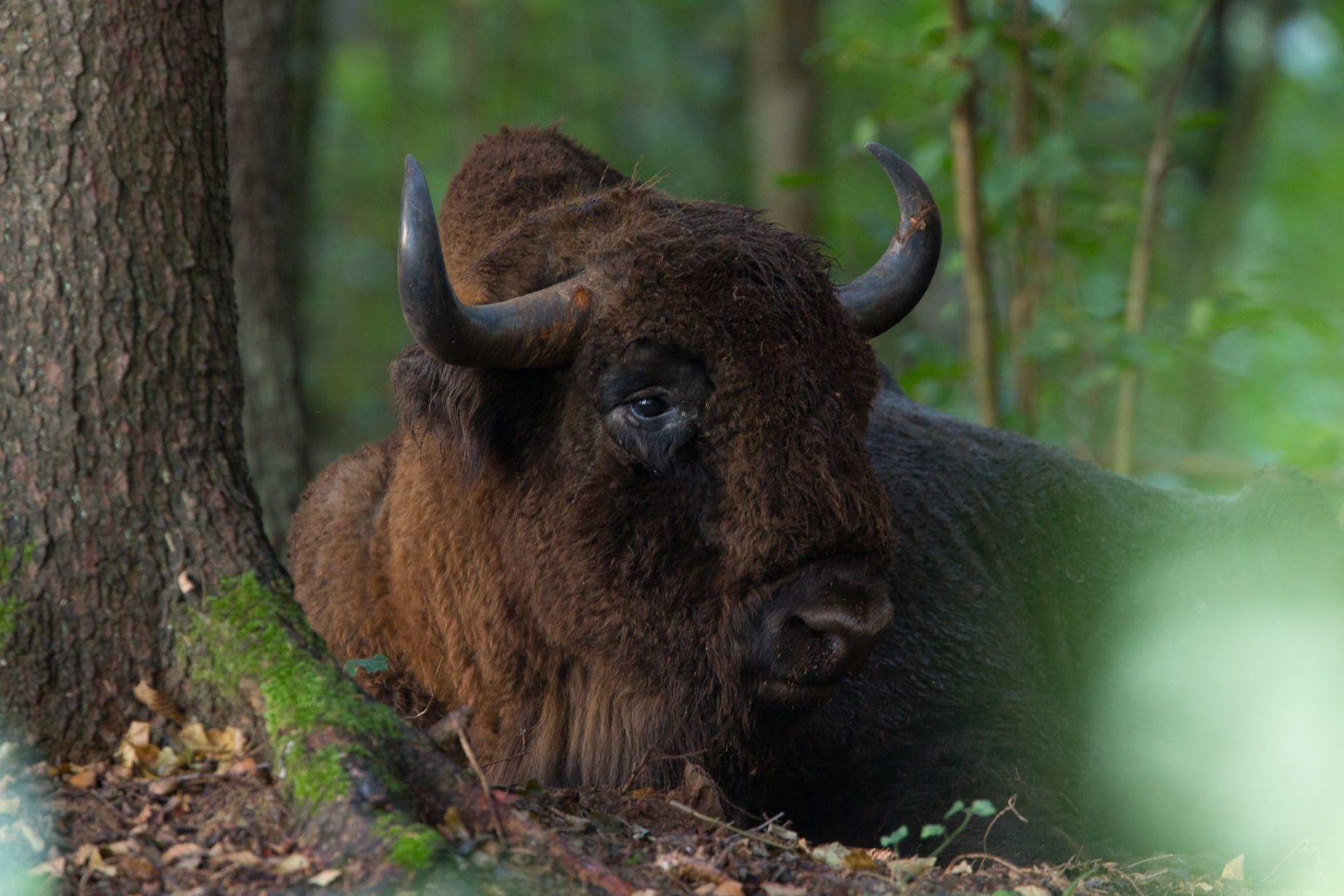 The Bialowieza forest, one of Europe’s last primeval forests, is the world’s last refuge for European Bison.Adam Wajrak / Greenpeace 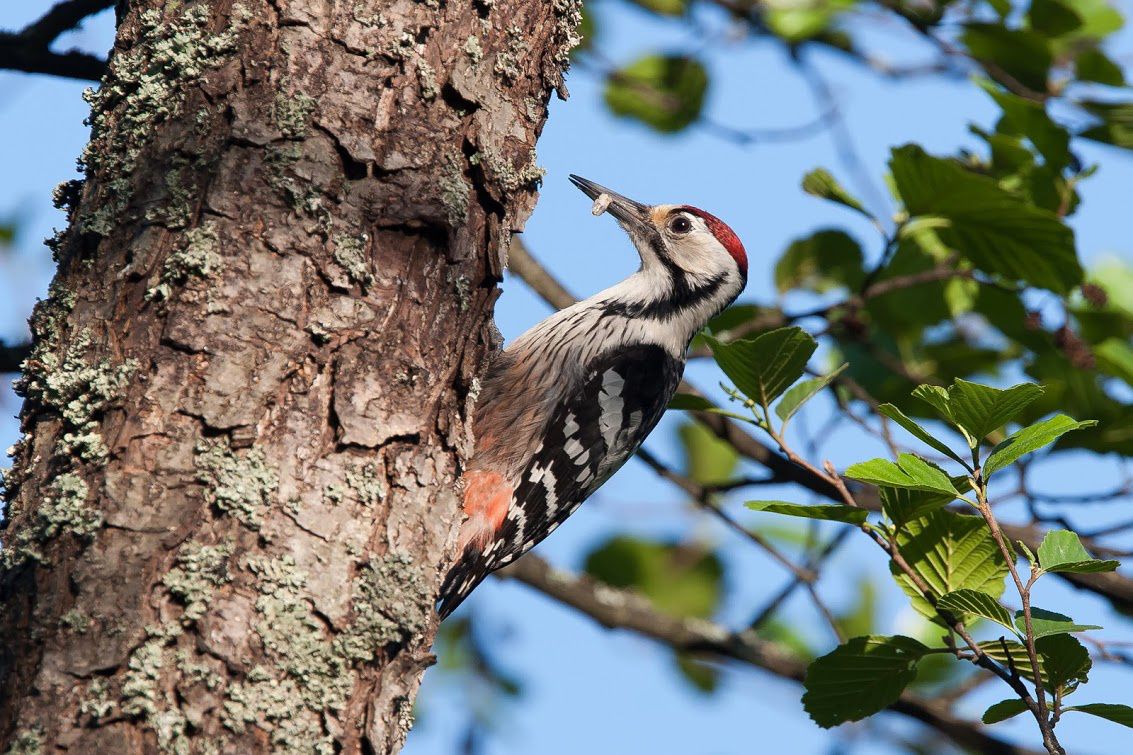 The Polish authorities and the state forestry service insist the intensive logging is necessary to protect the forest from a spruce bark beetle outbreak and the fire risk posed by dead wood.

Last year the Polish environment ministry approved an increase in logging limits in order to deal with the beetles and dead tree trunks. This saw the limit increase threefold: from 63,000 m3 to 188,00 m3. Around 80,000 m3 of forest is estimated to have been cleared since.

However, studies have found that the practice of logging trees in areas of damaged forest is destructive to the environment. Rafal Kowalczyk, the Head of the Mammal Research Institute in Bialowieza, says the parts of the forest which have been protected as a national park are “continually existing, not dying,” which shows that bark beetle outbreaks do not threaten the forest. 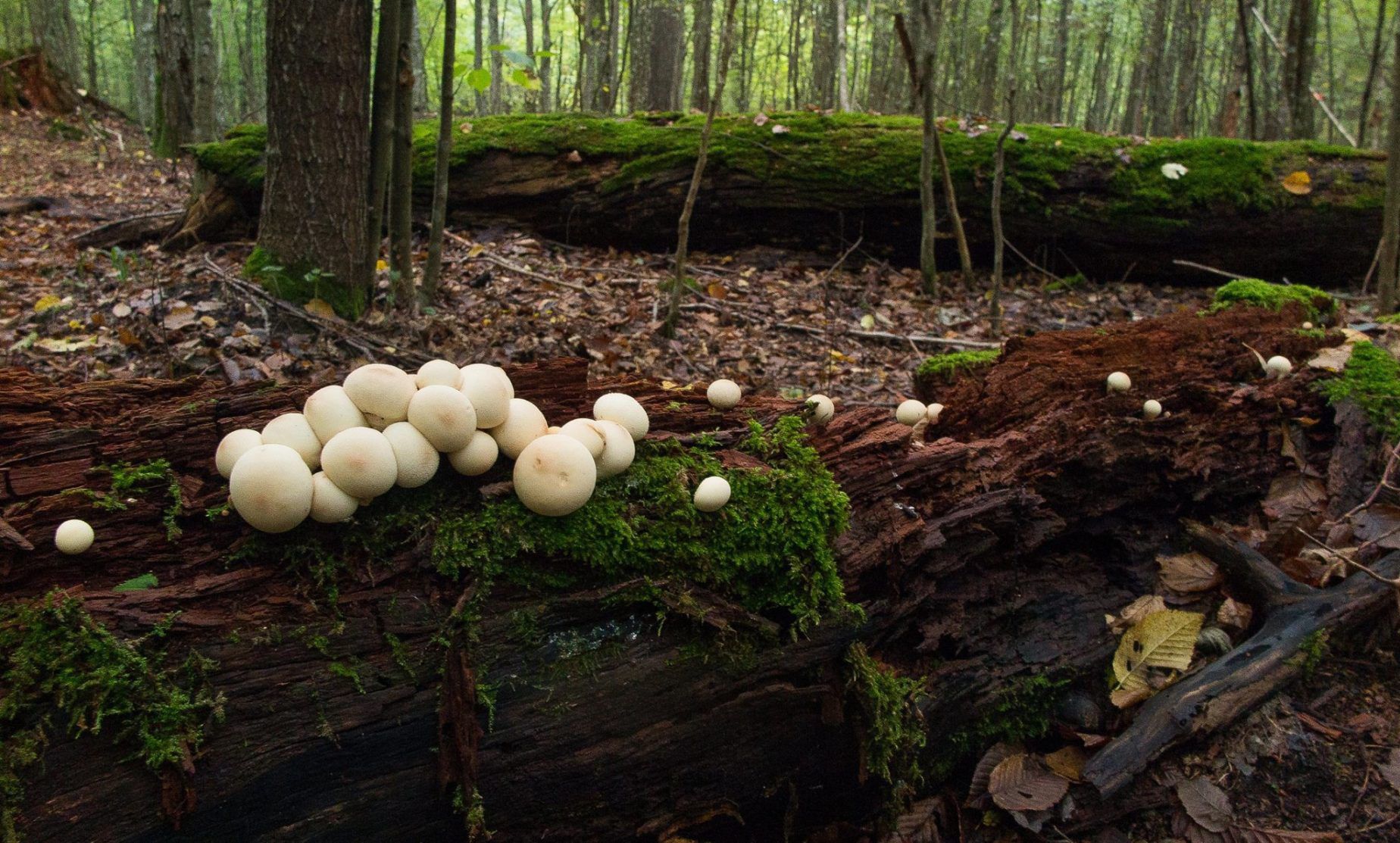 The richness of dead wood in the Bialowieza forest provides a habitat for a high diversity of fungi. Adam Wajrak / Greenpeace

The Polish environment ministry told Unearthed that they are carrying out “indispensable measures intended to protect endangered Natura 2000 habitats and species, and to ensure public safety.”

They say that the dead tree trunks pose an “incomparable” threat to public safety.

The state forestry website reported: “During the few last months the cases of dead trees fallen onto the tourist trails or forest roads have been reported; several times they missed the passing cars or people only by a hair’s breadth.”

But Adam Wajrak, a journalist writing on nature in Bialowieza disputes this.

“This is bullshit,” he claimed. “There is no evidence that someone has been harmed walking, picking mushrooms or watching the birds”.

For the Polish authorities, he said “the most safe forest is a forest without trees.”

Even where felling for public safety is justified, Kowalczyk said “the 100-year-old tree stems should be cut and left, not taken out” as those trees provide an important habitat for the forest’s deadwood-dependent organisms. Instead, the trees are taken off the site and sold. 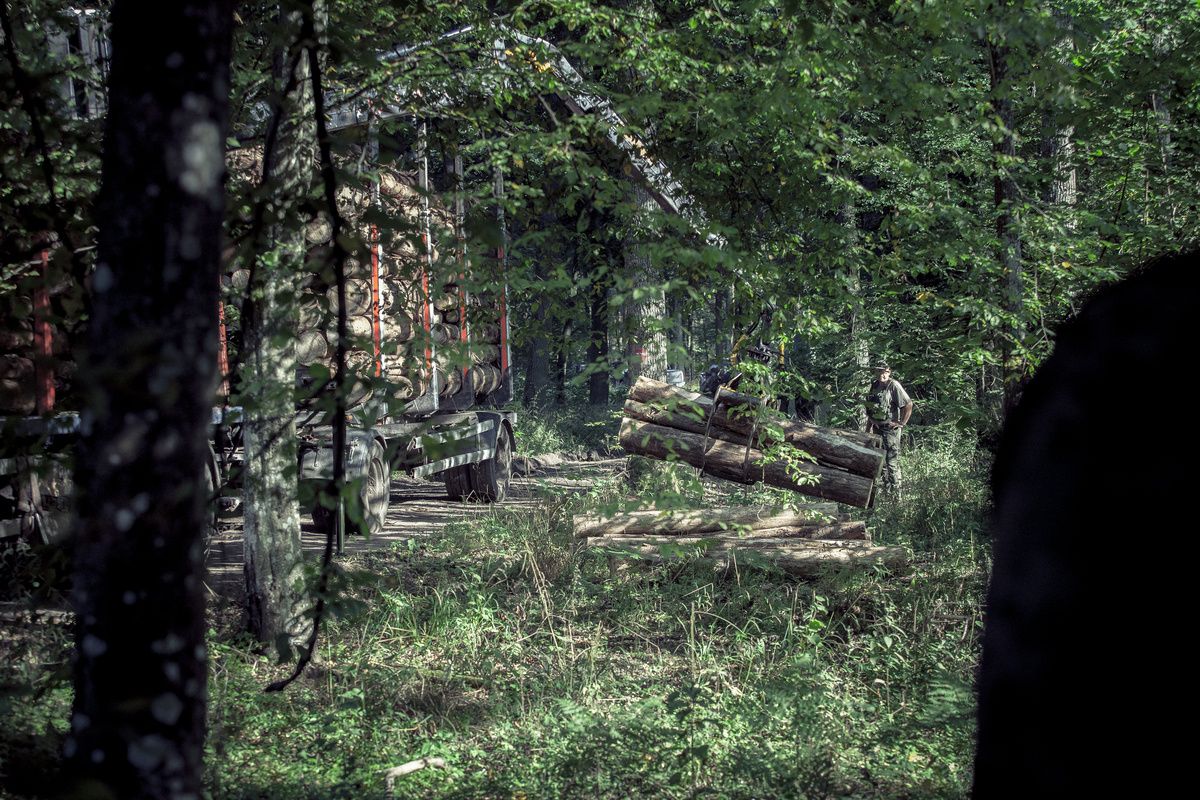 A truck transporting trees from the Białowieża Forest in Poland. Such transports are against European law—the European Court of Justice decided that trees from the Bialowieza Forest should not be logged, but also not removed from the forest, even where logging is carried out legally. Rafal Wojczal / Greenpeace

The Polish government have been accused by the European Commission and environmental groups of logging trees that are 100 years and older, an act which is illegal under EU law. Back in April the European Commission said, “logging is already being carried out in the forest, including the removal of 100-year and older trees and operations in the habitats which according to the Natura 2000 management plan should be strictly protected.”

When asked why the Polish government refuses to stop logging operations in the forest, Kowalczyk said “it’s to show who is in charge of this area in Poland.” The notion that Bialowieza is a symbol for power has been voiced elsewhere.

Wlodzimierz Cimoszewicz, a former Poland prime minister, speaking to The Economist, said of Bialowieza: “Whoever controls it, controls the country.” 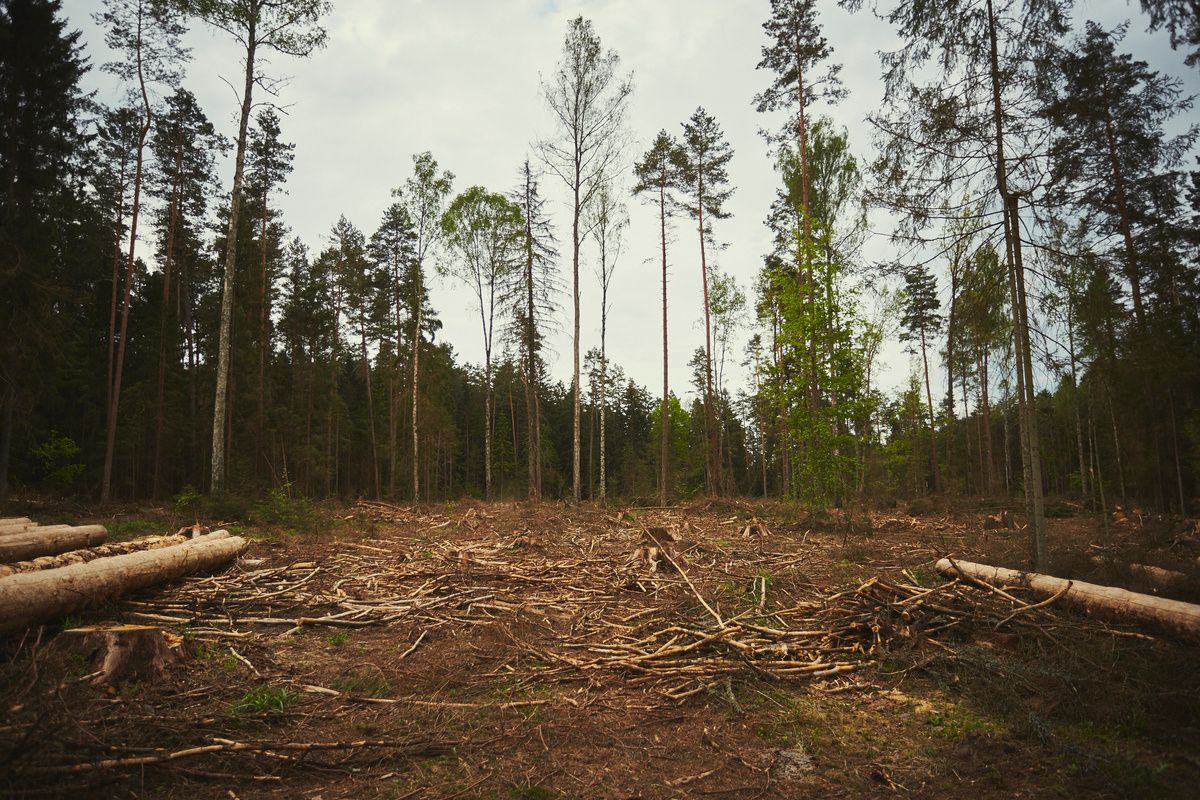 While the logging shows no signs of slowing down, the legal challenges continue.

Environmental lawyers at ClientEarth, together with partner NGOs, have been arguing since 2015 that increased logging in the Bialowieza Forest is illegal and threatens the ecosystem.

But the Supreme Administrative Court in Poland has ruled that the logging limits are set by the environment ministry and therefore cannot be appealed to the courts.

This gives courts in Poland no opportunity to verify whether the decision to log in Bialowieza is lawful, and has the same implications for other Polish forests managed by the state.

Consequently, for those unable to access justice through the Polish courts, EU intervention is the only means where the law can be used to ending the destruction of forest in Bialowieza.

The rest will be down to any pressure that the Polish people can put on politicians.

The decision by the European Court of Justice on whether or not they will impose penalties on Poland is expected in the coming days.