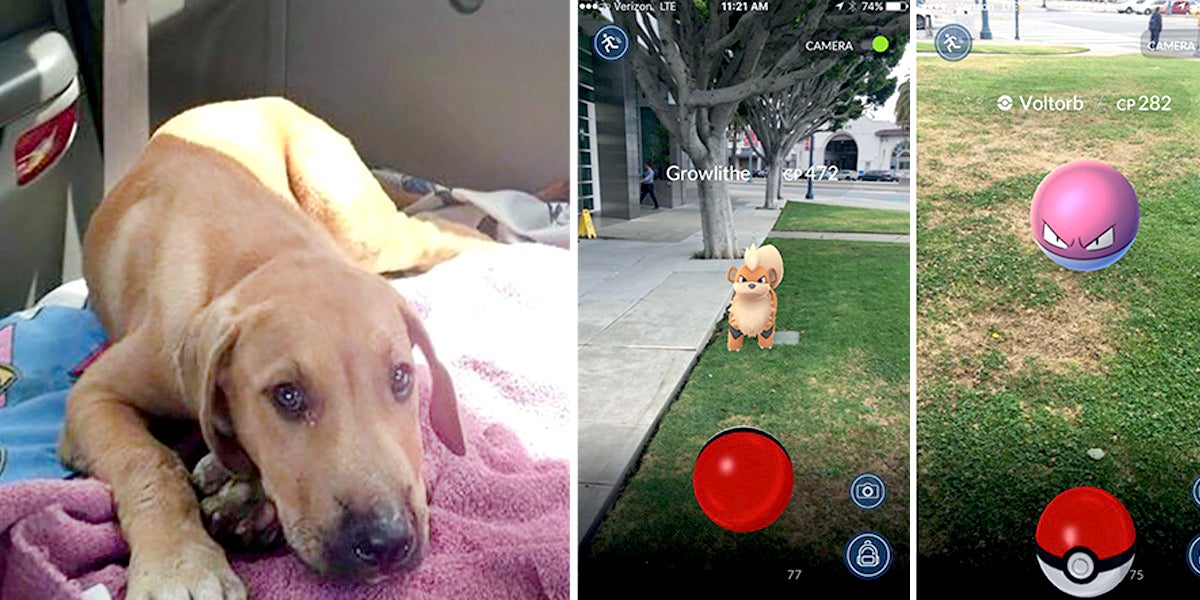 Pokémon Go—the app that has hoards of people roaming streets, parks and public spaces looking for imaginary Pokémon—turns out to be beneficial for animals. 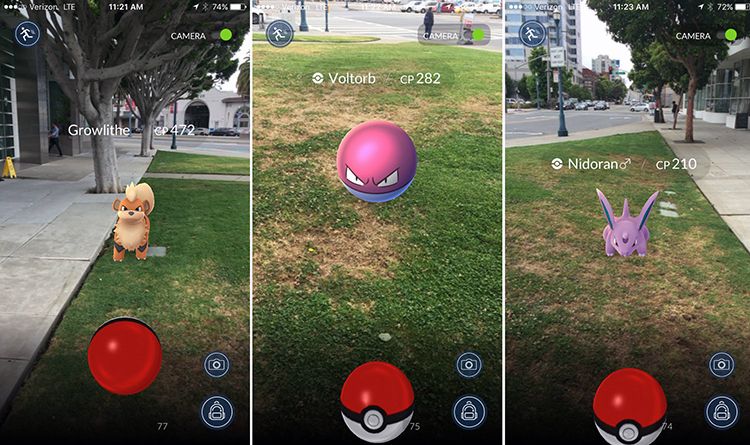 This is what Pokémon Go players see when their eyes are glued to their phones.Photo credit: brar_j, Flickr

While playing the app several users have stumbled upon abandoned or injured animals and offered help. Cornell University Animal Hospital in Ithaca, New York, is just one of the organizations receiving these injured and abandoned animals, Inhabitat reported. Since July 6, when the app was released, the hospital has been the recipient of a screech owl, rabbits, opossum and a baby squirrel.

People wandering around with their eyes glued to their phones is often seen as a nuisance, but some animal lovers are praising the habit.

Campbell was part of a bat rescue. Pokémon Go player Olivia Case rescued a juvenile bat while she was in the pursuit of Pokémon in Ithaca. She called Campbell to tell her about the bat and Campbell directed her to Cornell University Animal Hospital.

“They showed up at almost midnight with this baby bat,” Campbell said. “I was like ‘Wow, where did you find it?’ and they were like, ‘We were out playing Pokémon Go.'”

Case isn’t the only Pokémon Go player/animal rescuer out there. In Rochester, New York, a man found eight ducklings stuck in a storm drain and got them help. In South Houston two players saved 20 hamsters and seven baby mice that were found in a cage abandoned in a park. Also in Texas, in the town of Lufkin, two players found an injured puppy.

“The puppy was laying by the tree and a trash bag and could not move,” Kaitlin Kouts told KTRE 9 News. “His mouth was bleeding, he wasn’t moving very much. He looked like he was in pain. We found out his back leg was broken. His gums were pale and blue and so were his ears.”

Kouts and her fellow Pokémon Go player were helped by Skyler Jerke, a certified Emergency Medical Technician (EMT) and pizza delivery man. Jerke stabilized the puppy and helped take it to a local veterinary clinic to undergo surgery for its broken bones. 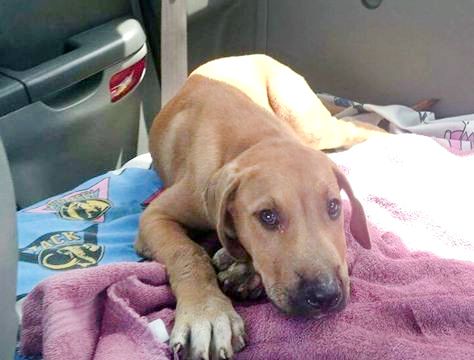 Pokémon Go doesn’t only provide rescue services to animals, but exercise opportunities as well. Some animal shelters, such as Muncie Animal Shelter in Indiana, are using Pokémon Go players to walk their dogs.

“The idea is that they take the dog on kind of an adventure for the day,” Phil Peckinpaugh, shelter director, told The Huffington Post.

So next time you come in contact with a Pokémon Go player, just think, they could be on their way to rescue an animal in need.