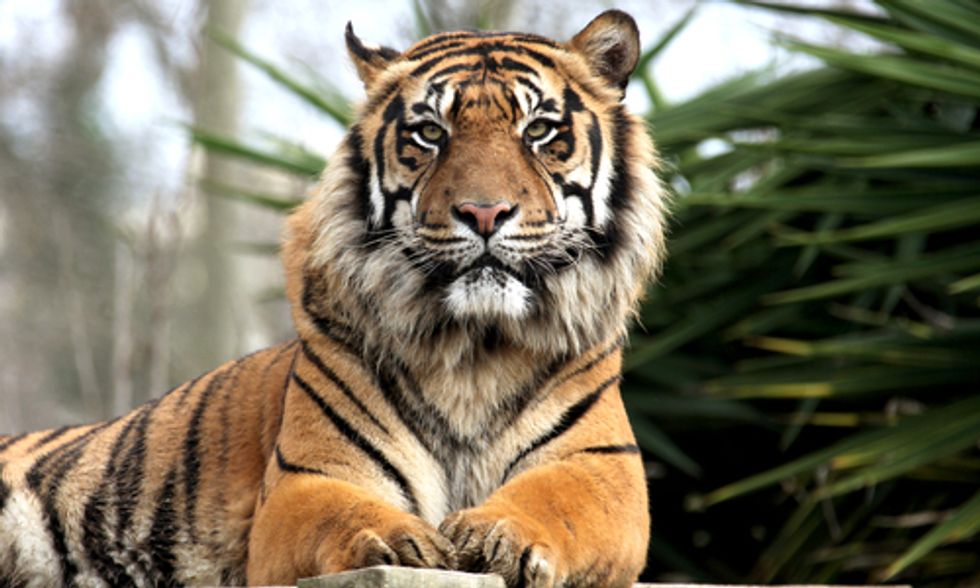 Actor Leonard DiCaprio made news last fall for his conservation work when his foundation awarded $3 million to the World Wildlife Fund for an initiative to help Nepal double its population of wild tigers by 2022, the next Chinese Year of the Tiger.

As DiCaprio explained, “Time is running out for the world’s remaining 3,200 tigers, largely the result of habitat destruction and escalating illegal poaching.”

While conservation groups and foundations have for years been doing important work to save these animals in the wild, tigers remain an endangered species.

Threats faced by these cats include poaching for their pelts, illegal rainforest destruction for palm oil production and habitat loss due to climate change, such as coastal erosion due to sea level rise.

International Tiger Day is celebrated annually on July 29 to bring attention to the perils faced by these fascinating animals.

According to Defenders of Wildlife, there were an estimated 100,000 tigers living in the wild in the early 1900s. The range of these animals has also diminished and they are now only found in Southeast and South Asia, China and the Russian Far East. The following is a breakdown of tiger numbers by subspecies:

This short video offers some facts about tigers:

And here are some, perhaps surprising, bonus facts from OneKind:

How can you help these endangered animals? Consider symbolically adopting a tiger to help save animals in the wild or take action by sending a message to government leaders.

10 Reasons Why We Must Save the Indonesian Peatlands