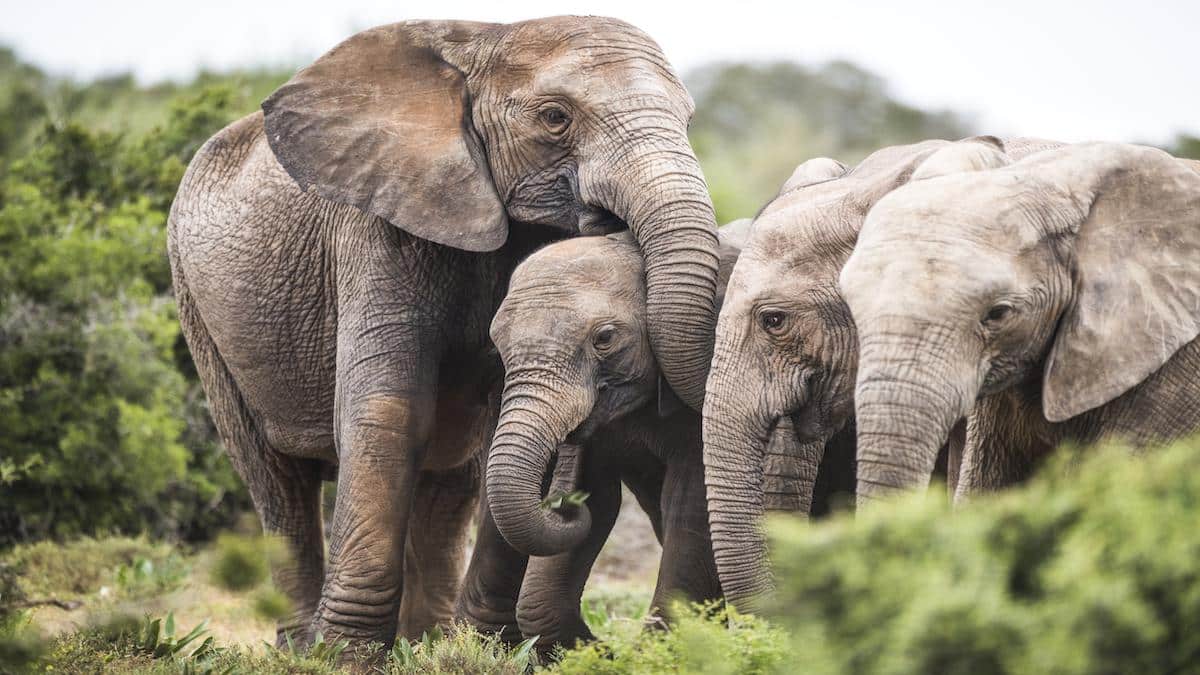 During Mozambique’s civil war from 1977 to 1992, around 90 percent of the elephants in what is now the Gorongosa National Park were poached for ivory to finance the conflict.

This widespread slaughter led to rapid evolution in the span of one generation. Before the conflict, less than a fifth of female elephants were born without tusks. Afterwards, half of the female elephants in the area were tuskless. Now, a study published in Science Friday has revealed some of the genetics behind this astonishing change.

“They’ve produced the smoking-gun evidence for genetic changes,” University of Victoria in Canada conservation scientist Chris Darimont, who was not involved with the study, told The AP. The study, he said, “helps scientists and the public understand how our society can have a major influence on the evolution of other life forms.”

An elephant’s tusks are essentially a pair of large teeth, and typically both female and male elephants are born with them, The New York Times explained. In a well-protected elephant population, tusklessness occurs at around two percent, but it can soar in communities that experience poaching. Scientists have also observed larger concentrations of tuskless elephants in Uganda, Tanzania and Kenya after periods of intense poaching, The AP reported.

To confirm that this was the work of evolution, and not merely chance, the researchers ran a mathematical model, The New York Times reported. They found that tuskless elephants were five times more likely to survive during the fighting, bolstering the evidence that this is natural selection at work. But the researchers had another mystery to solve: the tuskless elephants were all females.

“I’ve been puzzling over why it’s the females who are tuskless for a very long time,” study co-author Joyce Poole of ElephantVoices told The AP.

To figure out what was going on, the researchers sequenced the genomes of 11 females without tusks and seven with tusks, looking for differences, The New York Times reported. They identified two genes that might be responsible: AMELX and MEP1a, according to the study. AMELX in particular is associated with a syndrome in humans that is linked to the X chromosome and is lethal to males. This syndrome reduces the growth of maxillary lateral incisors, which are analogous to elephant tusks.

The researchers therefore think that the tuskless trait is dominant, and that male fetuses who inherit the trait do not survive.

This can impact the sex ratio of a population, since half of a mother’s male offspring will inherit the trait and die, The Guardian explained.

This shows that evolving to survive one threat can still have negative consequences for a population.

However, fellow co-author and Princeton evolutionary biologist Robert Pringle told The Guardian that he thought the changes were reversible as the population recovers. Their numbers have more than tripled since the 1990s, he said.

“So we actually expect that this syndrome will decrease in frequency in our study population, provided that the conservation picture continues to stay as positive as it has been recently,” he said. “There’s such a blizzard of depressing news about biodiversity and humans in the environment and I think it’s important to emphasise that there are some bright spots in that picture.”