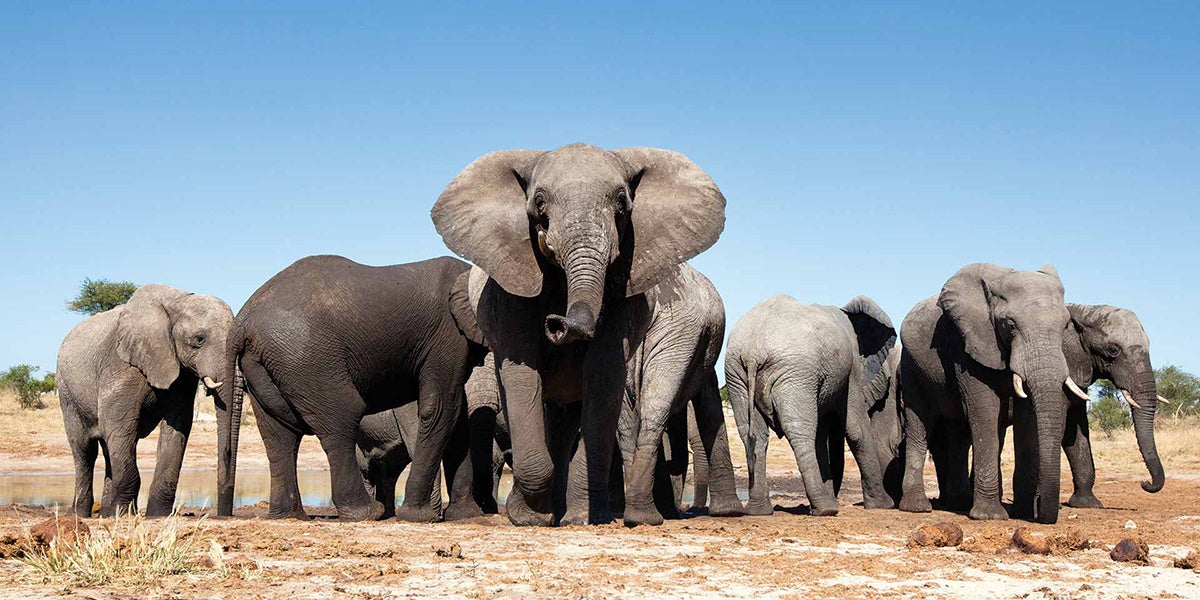 All told, his poisoning spree is said to have killed more than 100 elephants, according to Zimbabwean authorities who have been searching for Maphosa for four years.

“[Maphosa] has been on the wanted list in connection poisoning elephants in 2013 and is also linked to the death of eight elephants this year,” a police source told the Zimbabwe Chronicle.

He was arrested last week in Hwange National Park following the recent deaths of two elephants from cyanide poisoning, a common tactic used by poachers to remove the ivory tusks of elephants, which can then be sold for a high price internationally. Two tusks were found on him when he was detained.

He could face 15 or more years in prison and more than $1 million in fines, based on past punishments of poachers and guidelines set by the government.

In recent years, some poachers have switched tactics, choosing to poison elephants rather than shoot them because it’s stealthier. This arrest brings down a prominent poacher, but the problem in Zimbabwe is far wider than a single individual.

Each year, dozens of elephants are killed in this park alone, which is also where Cecil the Lion was killed, despite there being an active anti-poaching team on duty, according to The Independent.

Lack of funding for park resources, the relentlessness of poachers, and the continued demand for ivory on the global black market keeps this number from falling.

All throughout Africa, poaching undermines efforts at conservation.

Poachers killed 100,000 African elephants in just three years, according to a 2014 study. In central Africa, the total elephant population declined by 64 percent during one decade.

Progress has been made in recent years, however.

China, which consumes an estimated 70 percent of the world’s ivory, banned its sale at the start of 2017. The second biggest market for ivory, the U.S., outlawed the resale of ivory within the country in 2016.

More than 180 other countries agreed to ban the sale of ivory in 2016.

Black market sales of ivory could remain unaffected by these bans, but advocates hope that law enforcement will turn their attention to closing ivory corridors and that consumers will begin to lose their appetite for ivory.

Ending demand is the ultimate goal, because if elephant tusks no longer generate income, then poaching will cease.