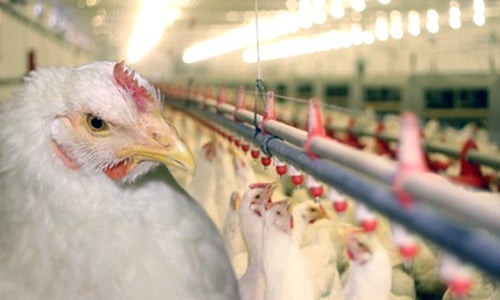 Each year, food poisoning from contaminants like salmonella results in 48 million illnesses, 128,000 hospitalizations and 3,000 deaths in the U.S. Food inspections in our highly consolidated food system are vital, because once a problem gets into the food supply, it can be weeks before it’s detected.

So why do some in Congress support a new measure to deregulate meat inspections that could be implemented in the near future? 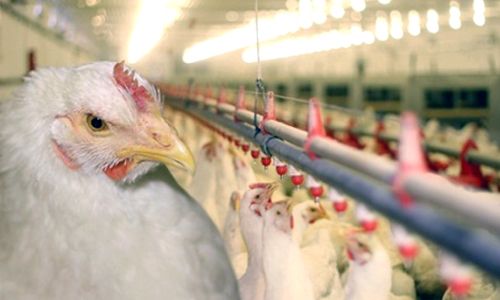 It’s time to kill the filthy chicken rule, a deregulatory measure that will make workers and consumers less safe.

In letters to U.S. Department of Agriculture Secretary Tom Vilsack last December, Democratic Senators Amy Klobuchar (Minn.), Kay Hagan (N.C.), Mark Pryor (Ark.) and Mark Warner (Va.) joined several other senators and representatives in asking the U.S. Department of Agriculture (USDA) to implement the controversial Modernization of Poultry Slaughter Inspection rule. This measure would move up line speeds from 140 birds a minute to 175 birds a minute and cut the number of USDA inspectors present in meat processing plants, handing over the bulk of the responsibility of inspections to untrained employees of the processors themselves. Would you rather have your chicken inspected by an unbiased party, or someone that relies on the company for a check?

Essentially, this rule privatizes meat inspections. If this filthy chicken rule goes through, beef is next, culminating in the total deregulation of meat inspections as we know it.

Why do these senators support weakening our meat inspection system? The USDA cites its estimates that the rule would prevent 5,000 foodborne illnesses, but the agency refuses to elaborate how they derived those numbers—and no independent assessment has been made that would back them up. In fact, in March and April 2013, the USDA reported that two of the poultry plants that have been part of the pilot program to use the privatized inspection model actually failed the government’s salmonella testing program.

Furthermore, the USDA lacks the legal authority to prevent poultry products contaminated with salmonella from entering the food supply. There have been recent food borne illness outbreaks associated with salmonella in poultry, and the agency did not ask for a recall of the contaminated product because it lacked the statutory authority to do so. Instead of deregulating inspection, the Obama Administration should be asking Congress to give it the legal tools to prevent contaminated poultry from being sold to consumers.

The USDA has been test-driving this concept in a pilot project called the HACCP-based Inspection Model Project (HIMP) in two-dozen slaughter facilities since 1998. The majority of these plants are young chicken slaughter plants, but there are also turkey and market hog slaughter plants included in the pilot.

The federal government’s Government Accountability Office (GAO) has called the results of the pilot program for this dirty chicken rule into question. The GAO report, requested by Sen. Kirsten Gillibrand (D-N.Y.), evaluated 20 young chicken and five young turkey plants and shows gaping methodological flaws in the pilot project. The GAO also questioned how FSIS could use its flawed evaluation of the pilot project as the basis to propose expanding privatized inspections across the entire poultry industry.

What’s more, the USDA has balked at the idea of holding public meetings on their proposal and prevented its own National Advisory Committee on Meat and Poultry Inspection from conducting an evaluation of the proposed rule.

It’s not just consumers that lose out if privatization of inspections is allowed. The Southern Poverty Law Center and a coalition of civil rights groups filed a formal petition last year urging the U.S. Occupational Safety and Health Administration (OSHA) to issue new work speed standards in meat and poultry plants and for the USDA to reconsider its proposed rule change for poultry inspection.

By taking trained federal food inspectors off the job, the USDA estimates the rule would save the federal government $14.6 million in the first year and nearly $40 million in following years—a drop in the bucket for ensuring worker and consumer safety. What’s really driving this push is the trend towards deregulation of industry—in this case, the meat industry, which has been chipping away at the USDA’s mandate to regulate our meat supply since the 1990s. Are industry interests in the state more important to these senators than the public interest?

It’s time to kill the filthy chicken rule, a deregulatory measure that will make workers and consumers less safe. Klobuchar, Hagan, Pryor and Warner should fight to uphold food safety standards, not encourage deregulation of meat inspections that only serves to pad meat industry profits.

Want to make your voice heard on this issue? Watch this video and then sign on to stop the “Filthy Chicken Rule.”

This originally appeared at The Hill’s Congress Blog.