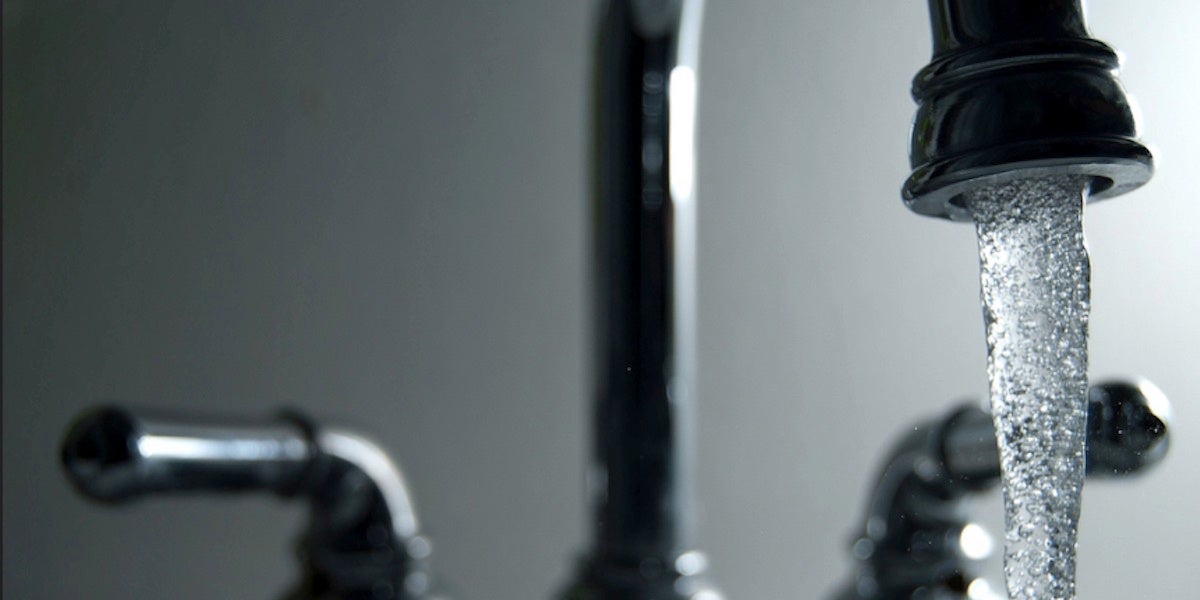 We know that
plastics clog our oceans, lakes and the stomachs of marine animals, but a first-of-its-kind investigation from
Orb Media found the pervasive material in tap water supplies around the world, too.

Orb, a digital media nonprofit, worked with researchers at the State University of New York and the University of Minnesota and analyzed 159 drinking water samples across five continents over a ten-month period. The results indicated that plastics are just about everywhere—83 percent of the samples tested positive for the presence of tiny plastic particles, aka
microplastics.

“Microscopic plastic fibers are flowing out of taps from New York to New Delhi,” the study states. “From the halls of the U.S. Capitol to the shores of Lake Victoria in Uganda, women, children, men, and babies are consuming plastic with every glass of water.”

The U.S. tied with Beirut, Lebanon for the highest plastic fiber contamination rates, at 94 percent. U.S. samples were collected from 33 sites, including the U.S. Capitol complex, the Environmental Protection Agency (EPA) headquarters in Washington, D.C. and the Trump Grill in New York.

Notably, an EPA spokeswoman told
PRI that the U.S. doesn’t have a safety standard for plastic in drinking water, nor are plastics on the agency’s Contaminant Candidate List of unregulated substances that are known to appear in tap water.

European nations including France, Germany and the UK tested lowest for contamination, but were still at 72 percent.

The Orb research points out that people are surely consuming these non-biodegradable pollutants in our water and food, and calls on scientists to study what eating plastic could mean for human
health.

Previous research shows that plastic chemicals can be absorbed by the body—93 percent of Americans age six or older test positive for BPA (a plastic chemical). Some compounds in plastic have been found to alter hormones or have other potential human health effects.

Earlier studies have revealed how microplastics are pervasive in the environment. Microfibers come from many sources, including synthetic fabrics like polyester, rayon and nylon, which can release up to 700,000 fibers per wash load,
researchers at Plymouth University found. A 2011 study found that microplastics make up 85 percent of human made debris on shorelines across the globe. A recent study published in the Marine Pollution Bulletin found that the Hudson River in New York is thoroughly contaminated with the material, and could be sending about 300 million clothing fibers into the Atlantic Ocean each day.

“Since the problem of plastic was created exclusively by human beings through our indifference, it can be solved by human beings by paying attention to it,” Yunus added. “Now what we need is a determination to get it done—before it gets us.”