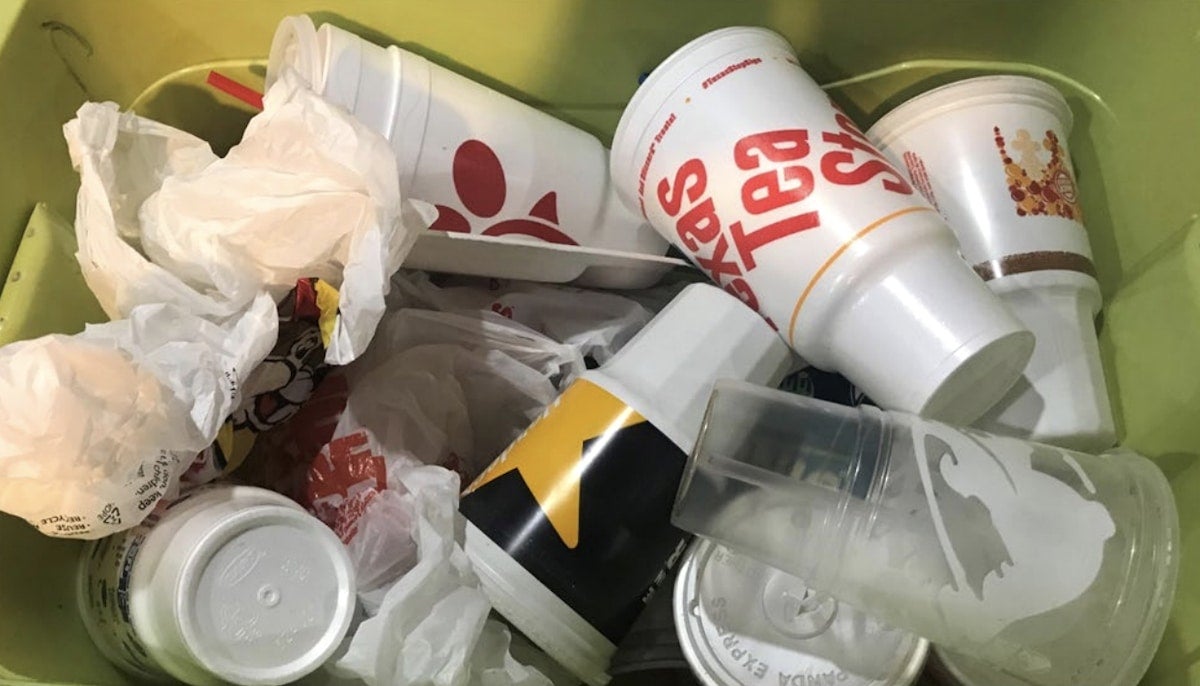 The U.S. EPA reported in 2018 that a “negligible amount” of plastic cups is recycled. The Last Beach Cleanup / Beyond Plastics

A new report shows that U.S. plastic recycling rates have declined from about 8.7% to between 5% and 6%, revealing the challenges and shortcomings of the country’s waste management infrastructure and policies.

Environmental organizations Last Beach Clean Up and Beyond Plastics issued the report, which found a decline in recycling rates since 2018, the last time the U.S. Environmental Protection Agency (EPA) released the rates. According to the report, per capita plastic waste generation has increased 263% since 1980, totaling 218 pounds of plastic waste per person as of 2018.

At first glance, it may seem the lower recycling rates could express a declining interest in participation by the public. The plastics industry has been pushing for recycling, despite criticism to stop producing as much virgin plastic to begin with.

In reality, recycling is a complicated process and is not a sustainable solution to the skyrocketing amount of plastics being made. The declining recycling rate also aligns with decreasing plastic waste exports, as countries like China and Turkey ban waste imports from the U.S., Reuters reported.

“The plastics industry must stop lying to the public about plastics recycling. It does not work, it never will work, and no amount of false advertising will change that. Instead, we need consumer brand companies and governments to adopt policies that reduce the production, usage, and disposal of plastics,” Judith Enck, president of Beyond Plastics and former EPA regional administrator, said in a press release.

“There is no circular economy of plastics,” said Jan Dell, founder of The Last Beach Cleanup. “Plastics and products companies co-opted the success of other material recycling and America’s desire to recycle to create the myth that plastic is recyclable.”

The report comes at a time when California Attorney General Rob Bonta has launched an investigation into petrochemical and fossil fuel companies, beginning with a subpoena for ExxonMobil. The investigation is to determine whether ExxonMobil and others in the industry lied to the public about plastic recycling efficacy and the impacts of plastic.

The authors of the report hope it sheds light on the inefficiency and unsustainable nature of plastics and plastic recycling to inspire better, widespread policies moving forward.