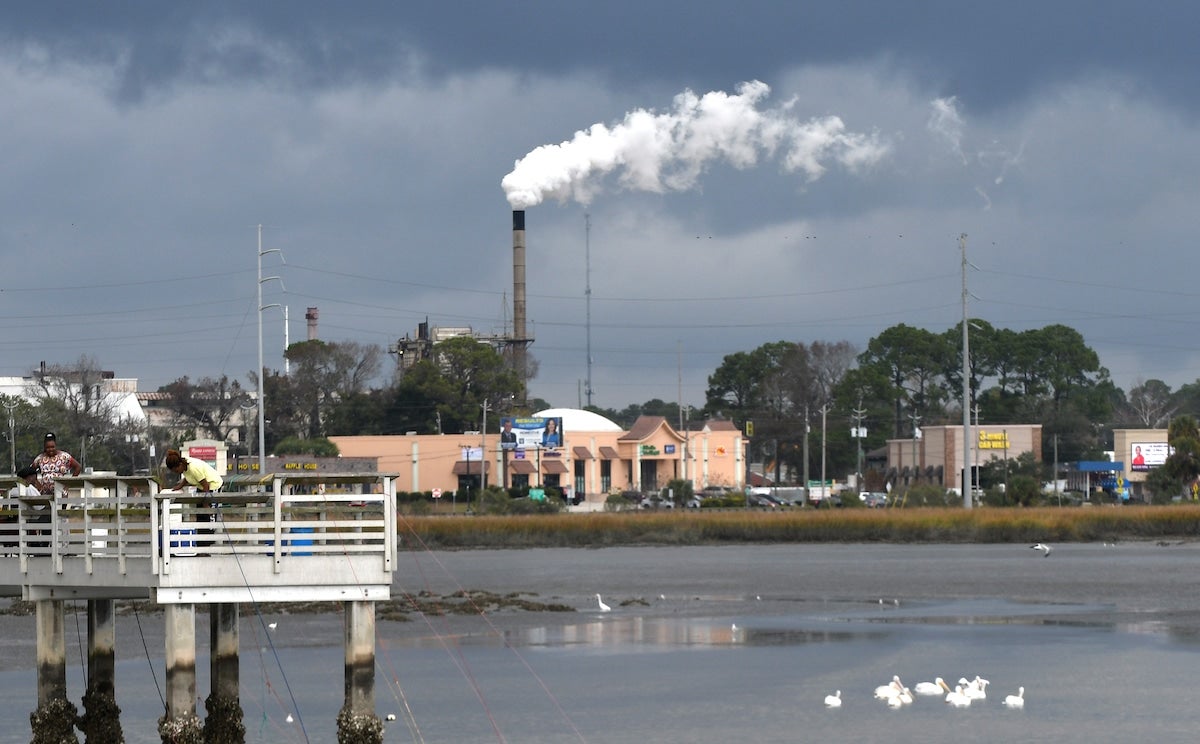 One of the main dangers of plastics is the harm that their production and incineration can do to the health of the people who live nearby. Plastics plants are one of the main factors polluting the air of Louisiana’s Cancer Alley, for example.

Now, a group of U.S. lawmakers are seeking to address this environmental justice issue through the newly introduced Protecting Communities from Plastics Act.

“Plastic pollution isn’t just a problem for our oceans and climate — it’s a massive environmental injustice, directly impacting frontline and fenceline communities throughout the plastics lifecycle,” U.S. Representative Jared Huffman (D-CA), who introduced the bill, said in a statement emailed to EcoWatch. “My bill will protect the health of our communities, reduce greenhouse gas emissions fueling the climate crisis, and stop the fossil fuel industry’s petro-dictatorship as it eyes plastics as a safety net. The clock is ticking, and we will keep working on this next Congress — but we are sending a message here and now to put oil and gas companies on notice. Our communities must come first.”

Huffman introduced the bill Thursday alongside Senator Cory Booker (D-NJ) and Senator Jeff Merkley (D-OR) and Representative Alan Lowenthal (D-CA), who are the legislative team behind the Break Free from Plastic Pollution Act. The bill would both tighten health and environmental regulations for plastics makers and set national targets for reducing the production of certain single-use plastics and for encouraging reusable materials in food and other packaging.

The bill’s sponsors also emphasized the contribution that the production and use of plastics — which are set to double over the next 10 years — make to the climate crisis.

“As we transition to clean and renewable energy, fossil-based plastic production threatens to derail our efforts to address the climate crisis,” Booker said in a statement emailed to EcoWatch. “In fenceline communities that are near plastic production plants, residents suffer from the release of harmful pollutants and increased rates of debilitating health conditions such as cancer and heart disease. To address these environmental injustices, I am proud to introduce this legislation that will create nationwide targets for plastic source reduction and put a pause on the permitting of new and expanded plastic facilities while the EPA updates regulations for plastic facilities.”

Specifically, the bill would ask the U.S. Environmental Protection Agency (EPA) to target certain chemicals used in the plastics production process like styrene and vinyl chloride and investigate their impact via the Toxic Substances Control Act, according to E&E News. The bill also calls for research into the health impacts of plastic polymers, additives and byproducts and a halt on permits for new or expanded plastics facilities. Finally, it pivots away from chemical recycling as a solution to the plastics crisis, asking the EPA not to include such facilities in its National Recycling Strategy.

The bill is endorsed by more than 30 different organizations including the Ocean Conservancy, which worked closely with the bill’s authors.

“The Protecting Communities From Plastics Act is a critical step towards addressing the sweeping harms caused by the petrochemical industry and breaking our reliance on single-use plastics,” Ocean Conservancy associate director of U.S. plastics policy Dr. Anja Brandon said in a statement emailed to EcoWatch. “It also takes the important step of preventing the EPA from including chemical recycling technologies, which perpetuate our reliance on fossil-fuel based virgin plastic, in the national recycling strategy, and instead focus on making less plastic.”

Predictably, the bill is opposed by the plastics industry.

“American jobs would be lost, billions of dollars of investments in new technology would be jeopardized, and the climate crisis would worsen as a switch to materials with a higher carbon footprint ensues,” American Chemistry Council leader of plastics work Joshua Baca said in a statement reported by E&E News.

Opposition from the industry and from Republican lawmakers may be enough to scupper the bill. The Break Free from Plastic Pollution Act, which includes similar pauses on new plastics permitting and source reduction goals, has not been able to move forward in Congress.