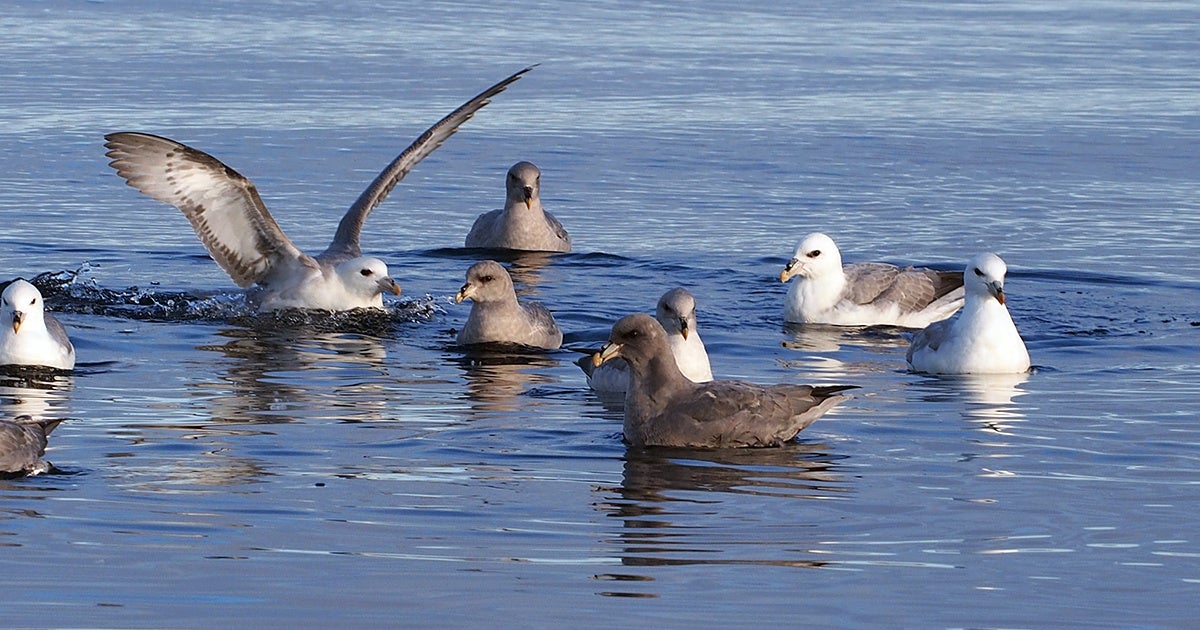 Plastics have been recorded in every corner of the world, from the remote icy waters of Antarctica to the bellies of deep-sea fishes. Now, preliminary findings presented at this year’s American Association for the Advancement of Science (AAAS) annual meeting in Washington, DC suggest that bird eggs from the high Arctic—one of the most remote wildernesses on the planet—show evidence of contamination from chemicals used in plastics.

Roughly 20 billion pounds of plastic enter the ocean each year, reports Jennifer Provencher of the Canadian Wildlife Service in her findings. Of these, many contain a hormone-disrupting chemical called phthalates. When birds mistake plastic products like bottle caps or cigarette butts for food, the chemicals from these plastics may leach off a mother’s blood system and, as it turns out, get passed down to the eggs encasing their unborn chicks.

“Plastic ingestion reported in seabirds since in the 1980s represents one of the most standardized and widely applied marine plastic data sets available,” wrote Provencher in her presentation summary.

Northern fulmars are large birds similar to albatrosses and spend the majority of their life flying low over the waves in search of food only to return to shore to breed. Researchers tested the eggs of northern fulmar populations in the Lancaster Sound, a remote channel that marks the eastern entrance to Canada’s Northwest Passage and is located more than 100 miles from the nearest human establishment. Of five eggs tested, one tested positive for traces of phthalates. Given their home in one of the most isolated wildernesses on the planet, the northern fulmars tested likely ingest far less plastic than birds found in places where plastic consumption is much higher. The problem is believed to be much more widespread than initial findings suggest.

“Tracking plastic pollution via seabirds has informed policy reduction targets in Europe, but as we learn more about the source and fate of plastic pollution standardized methods are allowing us to gain insight [into] how plastics may be vectors for chemical contaminants in biota, and how birds may be a vector themselves for plastics to move from the marine to the terrestrial environment, illustrating the widespread impact plastics may have on ecosystem health,” reads the presentation summary.

More work is needed to determine if the additives have an effect on the eggs.

“We know that these chemicals are often endocrine disruptors, and we know that they can interrupt hormonal development and cause deformations. But whether they actually cause any harm in the eggs is something we don’t know,” Provencher told The Guardian.

Globally, the majority of plastics found in marine animals include polyethylene, the plastic used in grocery bags and food containers, nylon, and the fibrous olefin found in carpeting and rope. When plastics are mistaken for food, the animal eating it may experience false satiation and blockage, which can ultimately lead to the shutting down of their digestive tract.

100% of Sea Turtles in Global Study Found With Plastics in Their Bellies https://t.co/GkFkFTNjdn