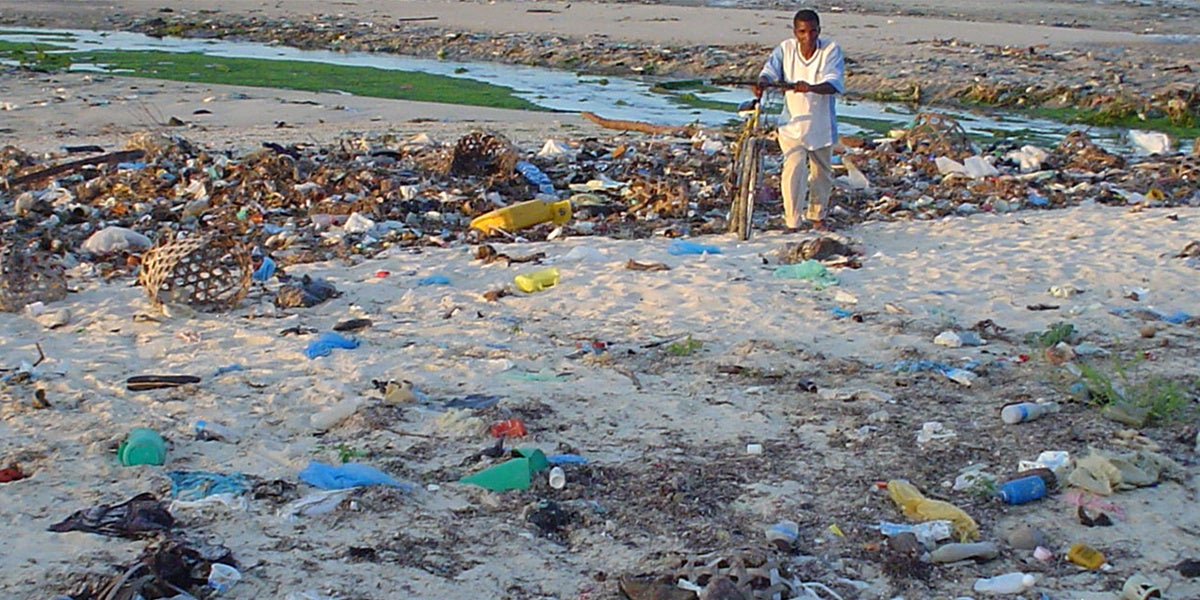 Accumulated garbage on a beach on Msasani Bay in Tanzania. Loranchet / Wikimedia Commons / CC BY 3.0

Solving the problem of the growing amount of plastic in the ocean requires rethinking how we use and design plastic products, a group of scientists said at the European Open Science Forum (ESOF18) on July 10.

To address the issue, we need to “properly consider the product’s life and its end of life right from the beginning, from the design stage,” said Richard Thompson, a marine biologist at the University of Plymouth in the UK.

Ocean cleanups, banning unnecessary single-use products, biodegradation, even recycling—none of these solutions alone will be enough to crack the problem, the researchers concluded. Interest has surged in tackling the problem of plastic in the ocean recently, but researchers have been studying the issue for years. 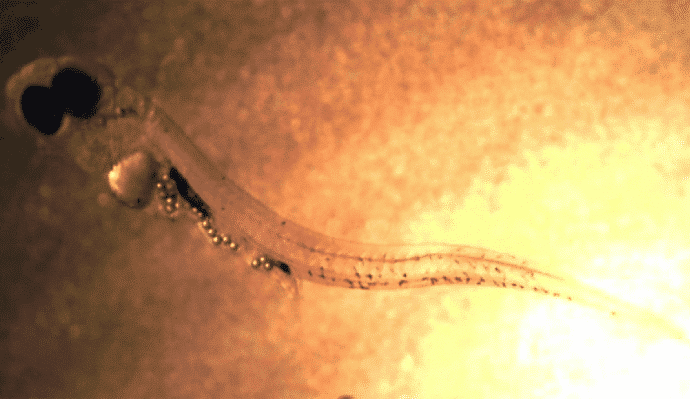 Thompson said that early on in his training in marine biology, he didn’t expect that “rubbish” would be a central focus of his work. But in his explorations of the world’s oceans, he found trash, especially plastics, everywhere, and in every size.

“It’s very difficult to go anywhere in the world actually in a marine environment without finding items of rubbish,” Thompson said. He and his team published an early paper on microplastics in 2004 documenting bits of plastic they found in sand that were “smaller than the diameter of a human hair.”

Since then, the research community has published hundreds of papers cataloging the potential harm that castaway garbage can pose to some 700 species of marine life, from entanglement in “ghost nets” to infiltrating the diets of zooplankton. But plastics are also valuable for applications such as healthcare, food storage and manufacturing.

“They bring many benefits that could reduce our human footprint on the planet,” he said.

The problem is that much of the plastic generated every year is produced with “an outdated and inefficient business model,” Thompson said, one that isn’t aimed at the circular use of plastics. 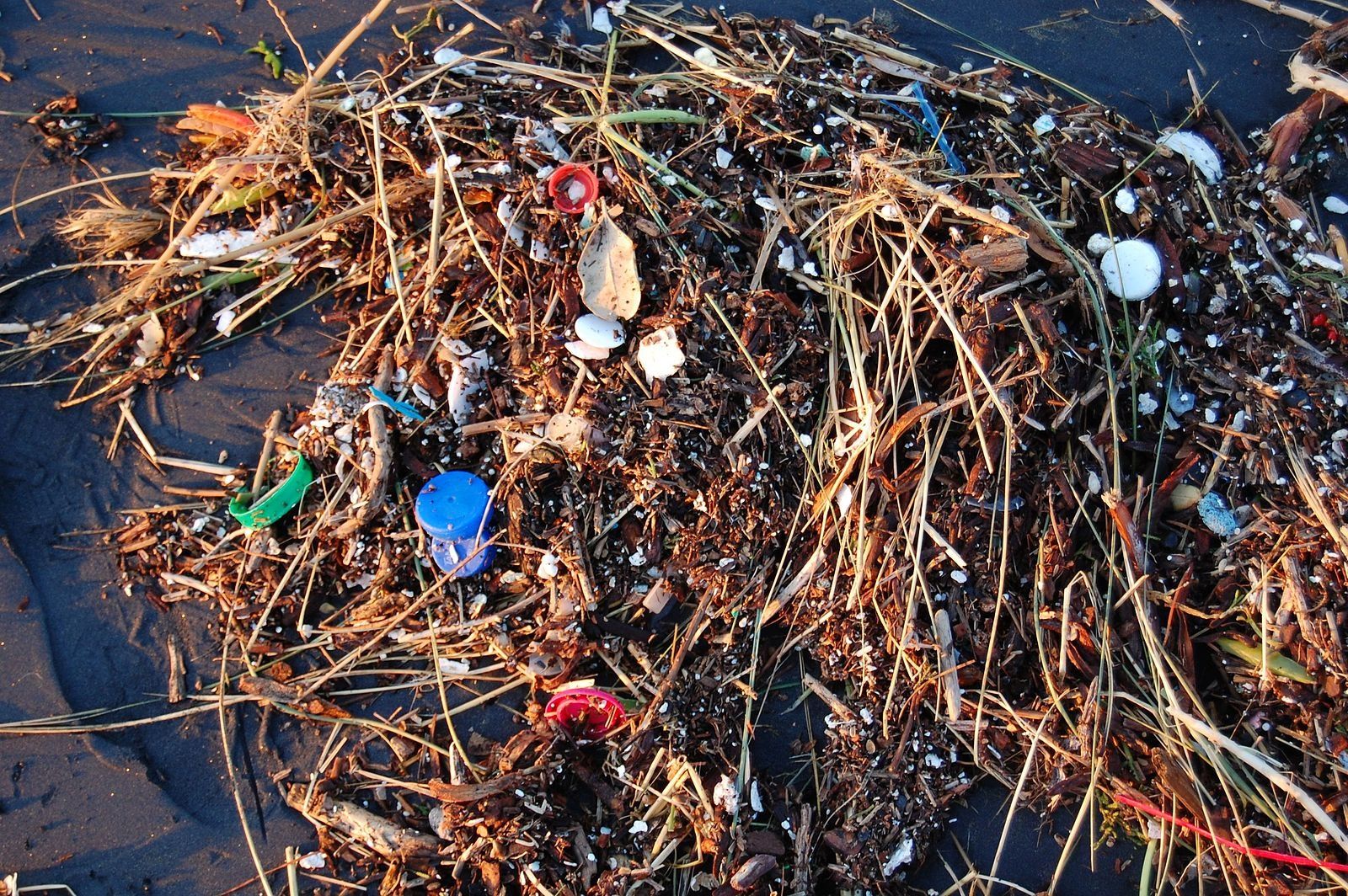 Plastic that washed ashore after a storm in California Kevin Krejci / Wikimedia Commons / CC BY 2.0

“Plastic in the sea is a symptom of a much wider problem about the rapid linear use of resource to waste,” Thompson said.

Even though it’s where so much of the plastic ends up, “[we] all agree on the fact that the solution is not in the ocean,” said Jean-François Ghiglione, a microbiologist at the Oceanographic Observatory in Banyuls, France.

Some of the proposed ideas have struck the researchers as wrong-headed. Collection initiatives using nets to collect trash from the sea are “a real concern,” said Alexandra Ter Halle, a chemist at Paul Sabatier University in Toulouse, France. A project called Ocean Cleanup is planning to use “screens” attached to floating pipes up to 2 kilometers (1.2 miles) to skim plastic from the Great Pacific Garbage Patch.

“There is no way to separate the [marine] life from the plastic,” Ter Halle said. “Fishermen need authorization to go fishing at sea. But those cleaning initiatives, they don’t need any authorization to put those big nets at sea.”

Ter Halle led the 7th Continent expedition in the North Atlantic in 2015. From the team’s surveys, she and her colleagues documented, for the first time, the presence of microscopic “nano-plastic” particles in the ocean. Their data is yet more evidence of how pervasive plastics are in the environment.

Ghiglione has been investigating bacteria that could degrade plastic. For some, it seems to be a favorite food source.

“They really love plastic,” he said.

But are they plowing through the tons of rubbish in the ocean? “That’s not the case,” he said.

Thompson returned to the idea that we need to think about the source of all this trash. Indeed, he said, getting rid of non-essential packaging and materials needs to happen. For example, on July 9, Starbucks announced it would stop providing plastic straws in its stores by 2020.

“There are some plastics products that we didn’t need in the first place,” Thompson said. Going a step further than voluntary corporate commitments, he added, “I think we could have legislation to prohibit their use.” 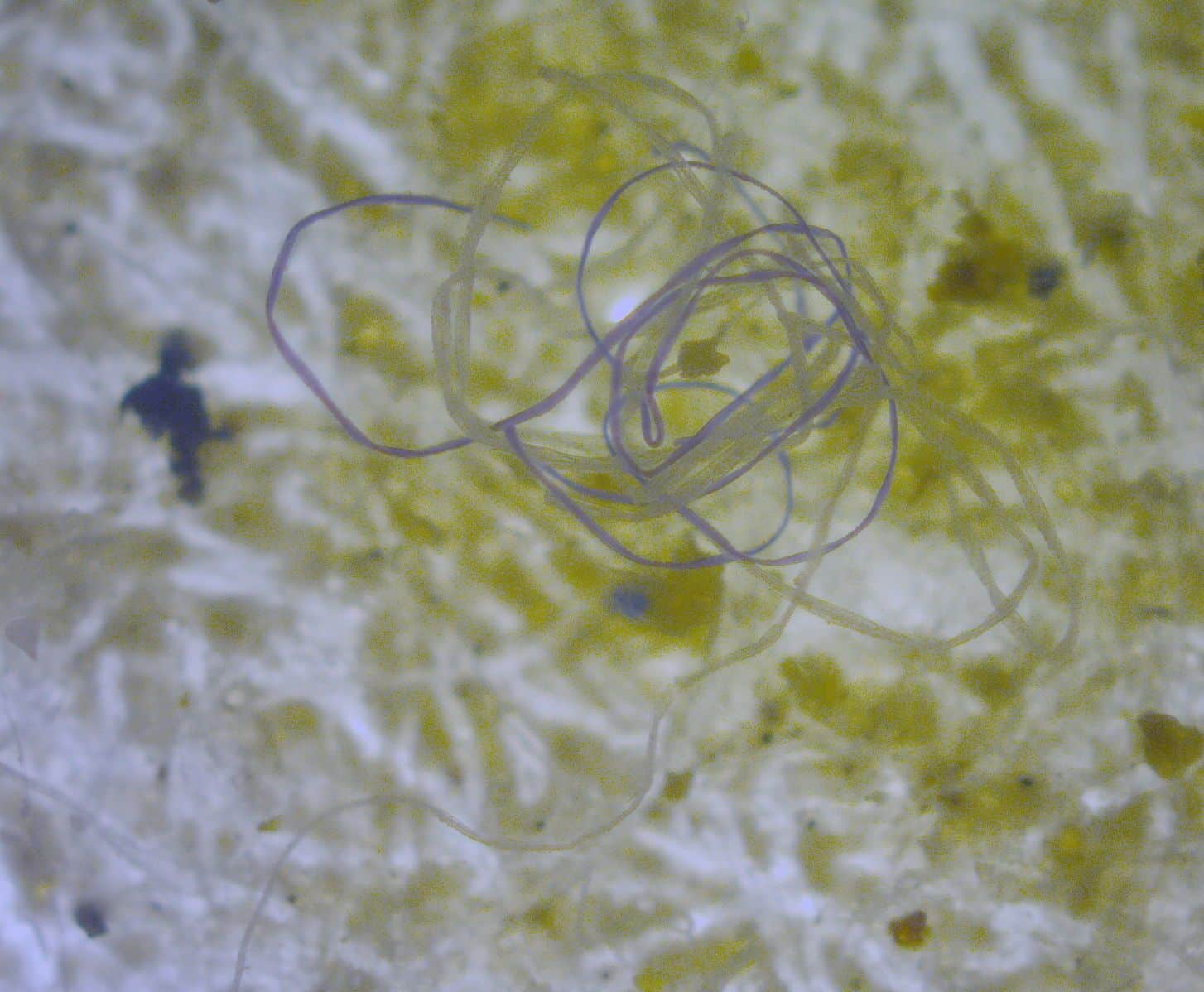 But, he said, policy and legal changes aren’t possible for every type and use of plastic. And that proliferation of different forms of plastic, in many cases making their disposal too complex for the average person, is part of the problem, he said.

We could be recycling a lot more plastic than we currently are, he said. Only about 10 percent of what’s produced gets cycled back into new products.

“Why is it so low?” Thompson said.

Again, it goes back to the forethought that must go into plastics before they’re produced, he said: “If they’re not being designed so that they can be recycled, we’re wasting our time.”

Editor’s note: John Cannon received a fellowship from Nature Research to attend ESOF18. Nature Research had no editorial control over the selection of this story or its content.

John Cannon is a Mongabay staff writer based in the Middle East.

Republished with permission from our media associate Mongabay.