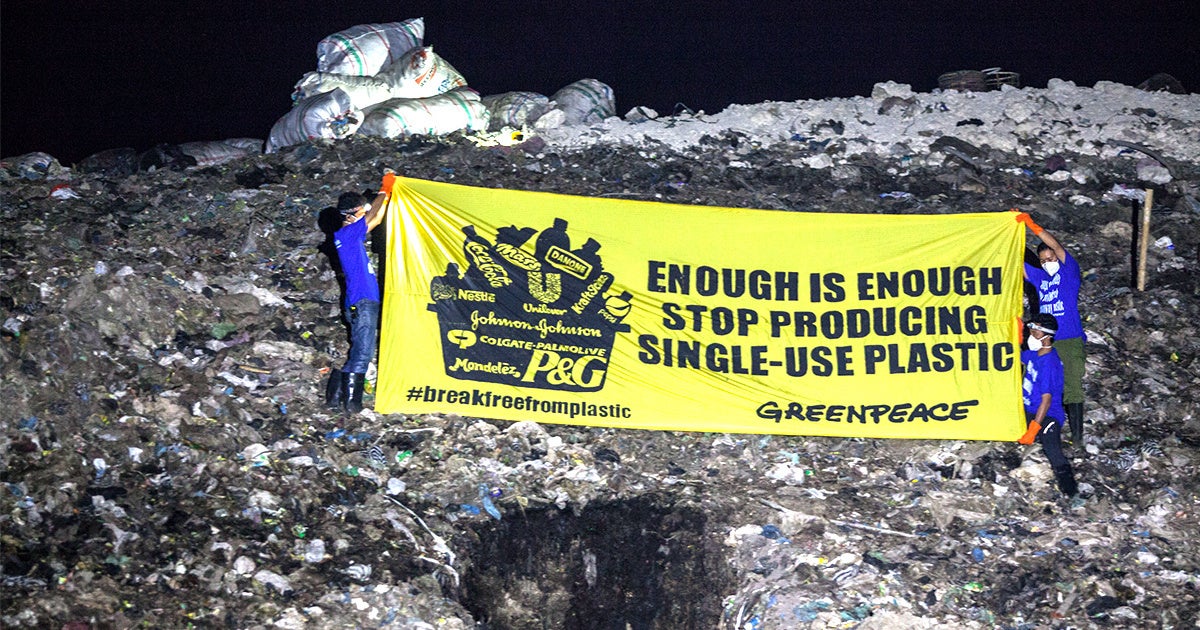 The “New Plastics Economy Global Commitment,” spearheaded by the Ellen MacArthur Foundation (EMF) in collaboration with the United Nations Environment Programme (UNEP), was “cautiously welcomed” by some environmental groups, who say the initiative does not go far enough to halt the planet’s mounting plastic crisis.

The pledge was signed by more than 250 businesses, governments and other organizations around the world, under a vision of eliminating unnecessary and problematic plastics, as well as building a circular economy for the material. It sets a 2025 target to make 100 percent of all plastic packaging either reusable, recyclable or compostable.

The announcement was officially unveiled at the start of the fifth-annual
Our Ocean Conference in Bali, Indonesia. The signatories—which also include L’Oreal, Walmart, PepsiCo, SC Johnson, plastics producers Amcor and Novamont, the governments of Austin, Texas, the UK, Chile and more—will report on their progress annually. Their targets will be reviewed every 18 months and will become increasingly ambitious over time.

Today we announce the New Plastics Economy Global Commitment. Over 250 businesses, governments and other organisations announce targets that draw a line in the sand and aim to tackle plastic pollution at its source. #LineintheSand #BeatPlasticPollution pic.twitter.com/EKn0wgax7F

In a
press release, UNEP head Erik Solheim called the global commitment “the most ambitious set of targets we have seen yet in the fight to beat plastics pollution.”

The commitment is supported by the
World Wide Fund for Nature (WWF), and is endorsed by the World Economic Forum and The Consumer Goods Forum, which represents about 400 retailers and manufacturers from 70 countries, and 40 universities, institutions and academics.

“This Global Commitment is a step-change we urgently need in order to move from a linear to a circular economy. We want to act and lead by example. We will do our part to ensure that none of our packaging, including plastics, ends up in the natural environment,” Nestlé CEO Mark Schneider said in a press release emailed to EcoWatch.

Nestlé, Coca-Cola, Pepsi and Danone were recently identified as some of the world’s biggest producers of plastic trash in global cleanups and brand audits organized by Greenpeace and the Break Free From Plastic movement.

“While elements of the EMF Global Commitment are moving in the right direction, the problem is that companies are given the flexibility to continue prioritizing recycling over reduction and reuse,” Greenpeace Indonesia global project leader Ahmad Ashov said in a statement provided to EcoWatch. “Corporations are not required to set actual targets to reduce the total amount of single-use plastics they are churning out. They can simply continue with business as usual after signing the commitment.”

“Our recent report ‘A Crisis of Convenience,’ reveals that 11 of the largest consumer goods companies’ current plans allow them to increase their use of single-use plastics and none have set clear elimination or reduction targets,” Ashov added.

Greenpeace is calling on the signatories to deliver on all of the following actions:

Oceana similarly said that “recycling and vague promises are not enough to solve the plastics crisis.”

“I hesitate to even call today’s corporate announcements a step in the right direction. Plastic pollution has grown into a major global crisis for our oceans, and it threatens our health. To have an impact, these companies must reduce the amount of single-use plastic at the source—in the factory—before it gets to consumers,” Oceana chief policy officer Jacqueline Savitz said in an emailed statement.

“It’s not rocket science,” Savitz continued. “Our grandparents lived without plastic and these companies must discontinue their unnecessary use of plastic. Every company that signed the declaration should commit to a meaningful, time-bound and specific percent-reduction of the amount of plastic it is putting into the market, and to find alternative ways to package and deliver its products. A circular economy is a nice utopian idea, but this crisis is unfolding today, and we need to see meaningful commitments to end the plastics crisis these companies have created.”

Pavan Sukhdev, the president of WWF International, commented that “the plastics crisis can only be solved with the combined efforts of all key players in the system.”

“WWF therefore endorses the The New Plastics Economy Global Commitment as we consider it an important step forward to join the efforts of businesses and governments around the world towards system-wide solutions,” Sukhdev concluded.