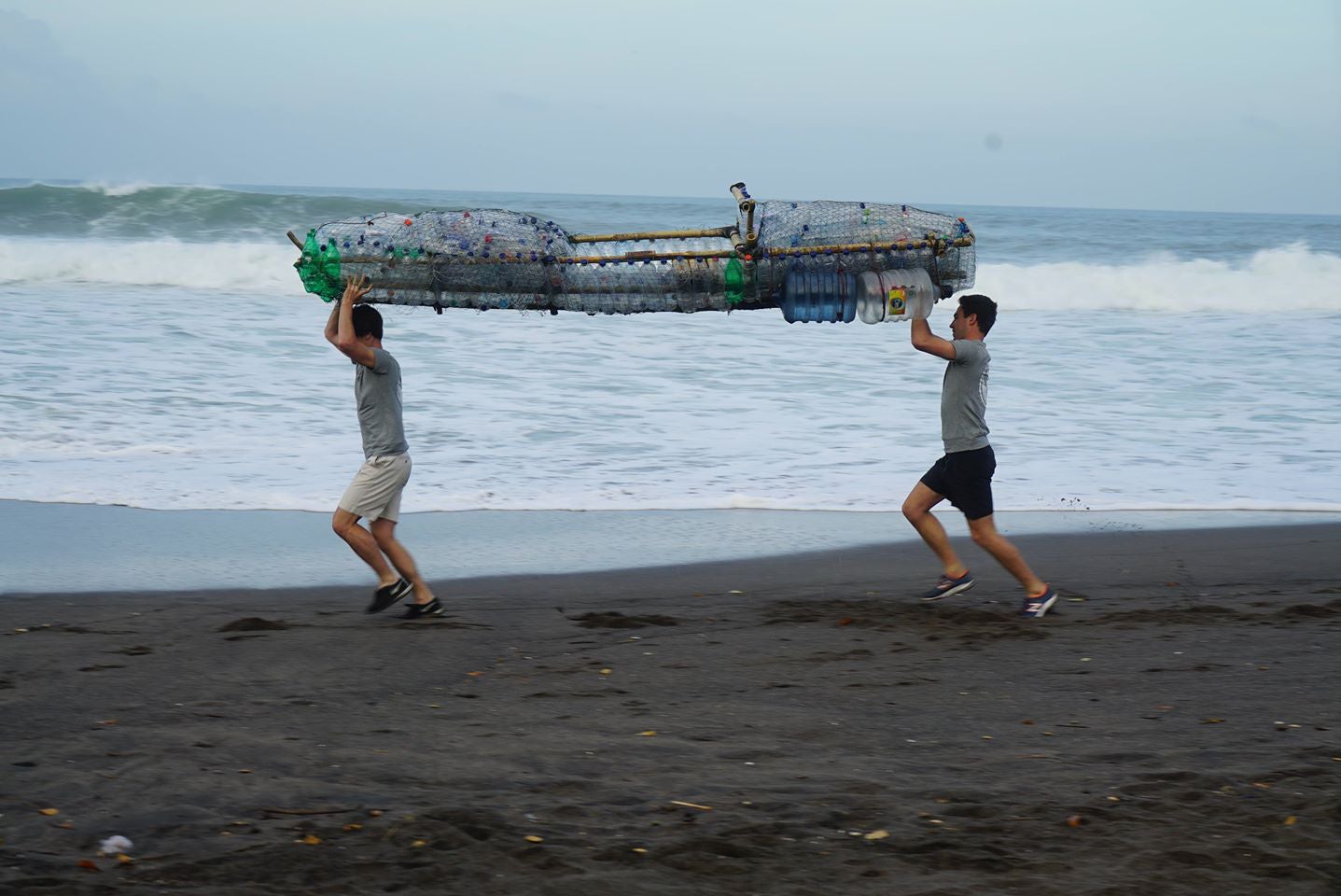 We have all heard about the accumulation of plastic pollution in our ocean and the devastating effects it is having on marine life, but very little has been done to stop the plastic from its source.

With more than 80 percent of plastic pollution in the ocean originating from rivers and streams, we have decided to create a shocking visual of the world’s most polluted river, the Citarum in Indonesia, by kayaking down it on two plastic bottle kayaks made from repurposed trash.

We launched Plastic Bottle Citarum to help make people think about the dangers that pollution has on human health. Located in West Java, the Citarum river is the water source for 15 million people for drinking, cooking and bathing.

The two kayaks we are paddling were built by the bamboo experts, EWABI. Each kayak has a bamboo frame and is filled with 300 plastic bottles to keep us afloat, which were collected by our partner, EcoBali, from school groups and waste facilities.

The goal of the expedition is to raise awareness of the dangers of plastic pollution and to inspire positive change by documenting some of the incredible and innovative efforts that are fighting the plastic epidemic in Indonesia.

During our expedition, we will be producing a series of five short videos documenting our descent down the river and highlighting the change-makers living on the river who dedicate their lives to cleaning up the Citarum and educating the local community on the impacts of pollution.