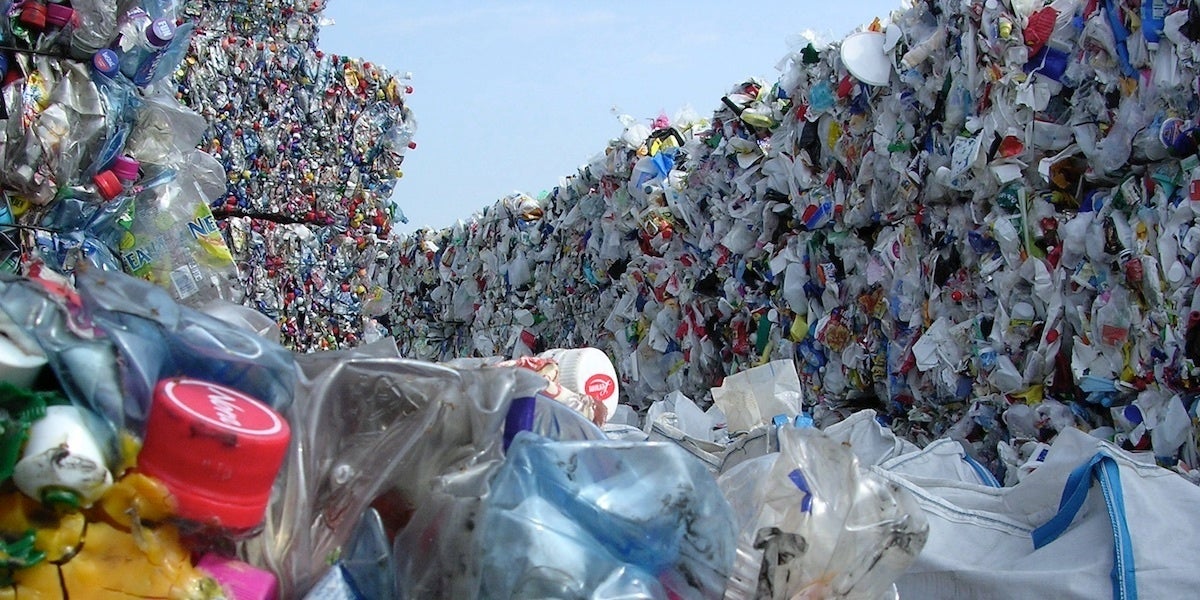 Today, on World Environment Day 2018, the United Nations’ Environment Program is urging governments, industries, communities and individuals around the world to take on a daunting but necessary task:
Beat Plastic Pollution.

“Plastic pollution has become an epidemic,” the agency writes. “Every year, we throw away enough plastic to circle the Earth four times. Much of that waste doesn’t make it into a landfill, but instead ends up in our oceans, where it’s responsible for killing one million seabirds and 100,000 marine mammals every year. For the good of the planet, it’s time to rethink how we use plastic.”

We couldn’t agree more. Although plastic is undeniably useful, durable and affordable, the impact of this pervasive, non-biodegradable material on the environment will last for centuries. Here’s what you should know about plastic—and also how you can make a positive difference.

1. Conventional Plastic Is Made From Fossil Fuels

The vast majority of scientists agree that the primary driver of global
climate change is the burning of fossil fuels. And guess what? “Almost all plastics are made from fossil fuels, often by the same companies that produce oil and gas,” Dr. David Suzuki writes. The production of plastic uses around 8 percent of the world’s oil production.

Suzuki notes, “We don’t have to stop using fossil fuels and producing fossil-fuel-derived plastics overnight, but we can’t continue to regard the industry as the backbone of our economies and ways of life, and we must stop being so wasteful.”

2. We’ve Thrown Away Most of the Plastic Ever Made

Since the 1950s, when plastic production started to take off, more than 9 billion tons of plastic have been generated, distributed and discarded.
Climate News Network explains, “Of that waste, only 9 percent has been recycled, 12 percent incinerated and 79 percent of what is essentially indestructible man-made material is either in landfill or polluting the environment.”

The three ways we get rid of plastic has its own problems. When it sits in a landfill, harmful chemicals used to produce plastics
such as BPA can leach into our groundwater. As for the small amount that gets incinerated, burning the plastic is a major source of air pollution and thus harmful to human health. And while recycling is always encouraged, not only is the process energy intensive, plastics (for now) are not infinitely recyclable. As ScienceNews explained, when plastics break down, they usually break down into molecules that can’t be easily reshaped into plastics or other useful items without going through many different chemical processes.

3. Oceans Have Become a Dumping Ground for Plastic Waste

An
estimated 8 million tons of plastics leaches into the oceans each year. The material can be found in the deepest ocean trenches or circulating around and around the world’s five gyres, where it can potentially entangle, choke or kill aquatic life.

Ocean plastic is a minefield for marine creatures, affecting everything from
microscopic plankton to giant whales. One study estimated that the debris can be found in the majority of all species of seabirds. Another study found that if we continue to consume plastics in a business-as-usual scenario, the ocean is expected to contain one ton of plastic for every three tons of fish by 2025, and by 2050, more plastics than fish by weight. Of course, the proliferation of plastic and microplastics has prompted concerns that they might work their way up the food chain to us.

4. Governments and Businesses Are Waking Up to the Planet’s Plastic Scourge

Here’s some good news. It seems like every month, a new
business, municipality, country, and even an entire continent are taking action against single-use plastics. These entities have introduced or have already enforced bans on items such plastic drinking straws, stirrers, grocery bags, bottles, plastic-lined coffee cups, takeaway foam containers and even non-biodegradable wet wipes.

“Plastic waste is undeniably a big issue and Europeans need to act together to tackle this problem, because plastic waste ends up in our air, our soil, our oceans, and in our food,” said EU Commission Vice President Frans Timmermans in a statement.

5. You Can Be a Part of the Solution

The United Nations puts it this way: “If you can’t reuse it, refuse it.” For instance, say no to plastic straws at restaurants and bars. Or, you can bring your own
eco-friendly alternative.

You can also volunteer at a beach cleanup, pressure your local lawmakers and government to take action, and spread the word to your friends and family. The UN recently launched it
#BeatPlasticPollution challenge to encourage people to give up single-use plastics. Participants are asked to announce their commitment on social media and tag their friends to help spread the message within 24 hours.

Former California Governor and staunch environmentalist
Arnold Schwarzenegger participated in the challenge. In his video, he pledged to “terminate” plastic spoons in his house and replace them with metal spoons.

“We all have to work very hard to make this a healthy environment, a great environment, and to save our oceans and save the planet,” he said.

Thank you @PEspinosaC for tagging me in. We have already terminated the plastic bags, so to #BeatPlasticPollution, I’m terminating plastic spoons at home. @LeoDiCaprio @Regions20 and @GovArnoldUSC: Tag, you're it! https://t.co/OJ1aBP87bn pic.twitter.com/gZApfwbDA4