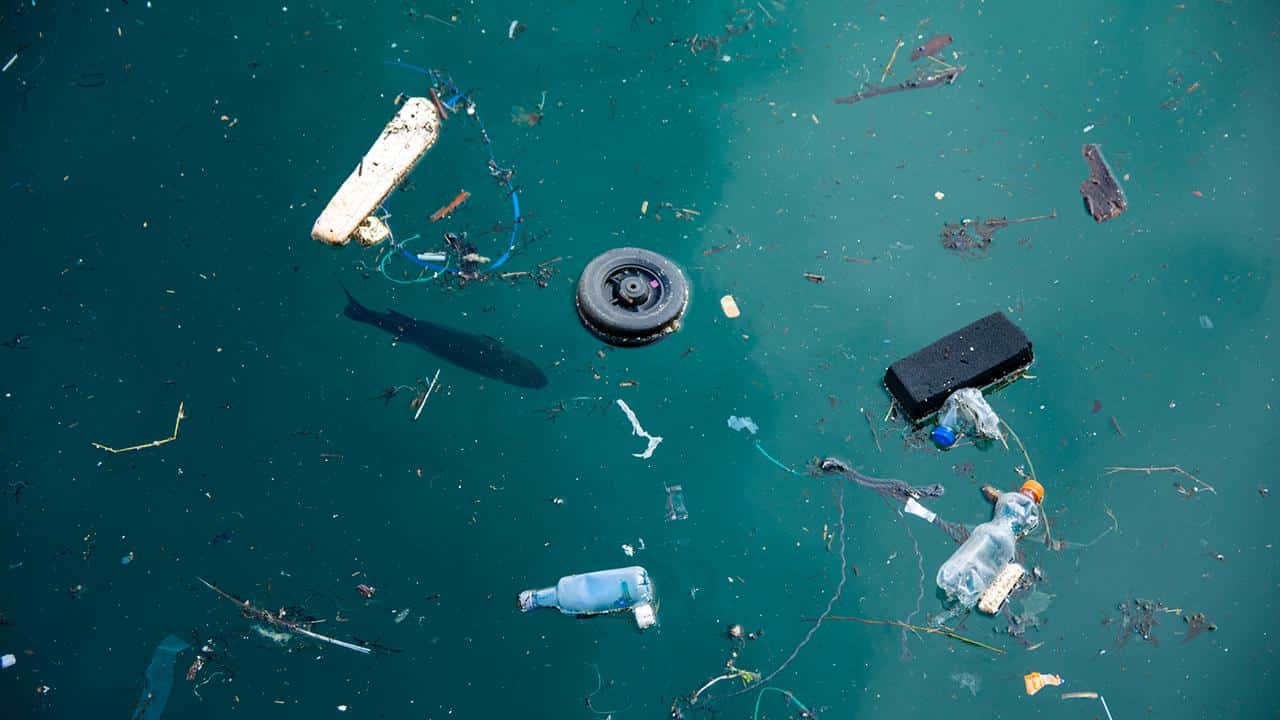 Its densely populated coastline combined with its limited connection to the Atlantic Ocean makes the Mediterranean Sea a hot spot for plastic pollution.

But how much plastic is actually floating in the sea, and where does it end up? A new study published in Frontiers in Marine Science this month used a model to determine that there are around 3,760 metric tons (approximately 4,144.7 U.S. tons) of plastic in the Mediterranean.

“The present study was among the first attempts, where simulated distributions of plastics were compared with existing observations in the Mediterranean,” study lead author Dr. Kostas Tsiaras of the Hellenic Centre for Marine Research told EcoWatch in an email. “The developed model showed a reasonable skill in reproducing the observed distributions of plastics in the marine environment and thus can be used to assess the current status of plastic pollution in the Mediterranean.”

Scientists already know that plastic pollution in the Mediterranean is a major problem. In 2018, WWF warned that the body of water famous for its beaches and seafood risked becoming a “sea of plastic,” which made up 95 percent of the trash polluting its waters and beaches. This has serious consequences for the region’s marine life and human communities.

“Marine organisms are known to ingest or get entangled with plastic litter, with the consequences sometimes being fatal,” Tsiaras said, pointing to a 2019 study of toothed-whale strandings in Greece. The study looked at 34 strandings and discovered plastic in nine of the marine mammals’ stomachs, determining that it was likely fatal in three instances. Another study from 2018 found that more than a third of the sperm whales found dead in the eastern Mediterranean since 2001 were killed by plastic.

Another major concern is the way that microplastics may be ingested by smaller animals and microorganisms, then work their way up the marine food web to larger and larger animals, including humans.

“Microplastics enter also the human diet through seafood, the most likely pathways being mussels, clams and small pelagic fish, which are commonly consumed without removing digestive tracts, where microplastics are concentrated,” Tsiaras explained.

While the new study didn’t focus on the ecological impacts of plastic pollution, it can help to predict and mitigate them.

“Given the scarcity of observational data and the variability of ocean circulation, the distribution and fate of plastics in the marine environment can be particularly difficult to predict, as floating plastics may travel long distances from their sources,” Tsiaras said. “Thus, numerical models, simulating the movement and fate of marine litter provide essential tools to predict accumulation areas of plastic litter and how these areas overlap with ecologically (e.g. bird and cetacean habitats) or commercially (e.g. aquaculture, fisheries) important areas that are potentially threatened by plastic pollution.”

To this end, Tsiaras and his team used a model to determine where land-based plastic pollution ends up when it enters the Mediterranean Sea. (Around 80 percent of overall marine plastics and 98 percent of marine microplastics are estimated to come from land-based sources.) They considered plastic sourced from river runoff, wastewater discharge from coastal cities and overall plastic pollution from human activities like beach tourism and aquaculture.

They then plugged this plastic input into a particle drift model adapted from a model used to determine the spread of oil spills. The model considered factors like ocean currents, mixing, waves and wind.

“Overall, sources of plastics that end-up in the marine environment are still poorly quantified and characterized by a large degree of uncertainty, both in their amount and distribution,” Tsiaras said.

Of the total mass of plastics that enter the Mediterranean according to the model, around 84 percent of it ends up back on beaches. The remaining approximately 16 percent ends up in the water column and sinks to the seafloor. This is the most common fate of microplastics, which make up a greater quantity of Mediterranean plastics, but a smaller percentage of their overall mass.

One important process described by the model is biofouling. This is what happens when microplastics attach to larger organisms like bacteria or algae and sink to the bottom of the sea.

This is “a poorly known process that was explicitly described in the model, as a possible mechanism of microplastics removal from the sea surface,” Tsiaras said.

Now that the study is complete, Tsiaras hoped that it would help policy makers develop strategies to manage plastic pollution with the goal of protecting vulnerable and important areas. However, he also acknowledged that the best way to address the plastic crisis is to stop the stuff from entering waterways in the first place.

“[G]iven that cleaning plastics once these are released in the marine environment can be particularly difficult, if not impossible, especially for the smaller size microplastics, it appears that the best way to mitigate plastic pollution is at its sources, reducing the use of plastics and/or adopting more efficient recycling technologies,” he told EcoWatch.

Olivia has been writing on the internet for more than five years and has covered social movements for YES! Magazine and ecological themes for Real Life. For her recent master’s in Art and Politics at Goldsmiths, University of London, she completed a creative dissertation imagining sustainable communities surviving in post-climate-change London. Follow her on Twitter @orosane.