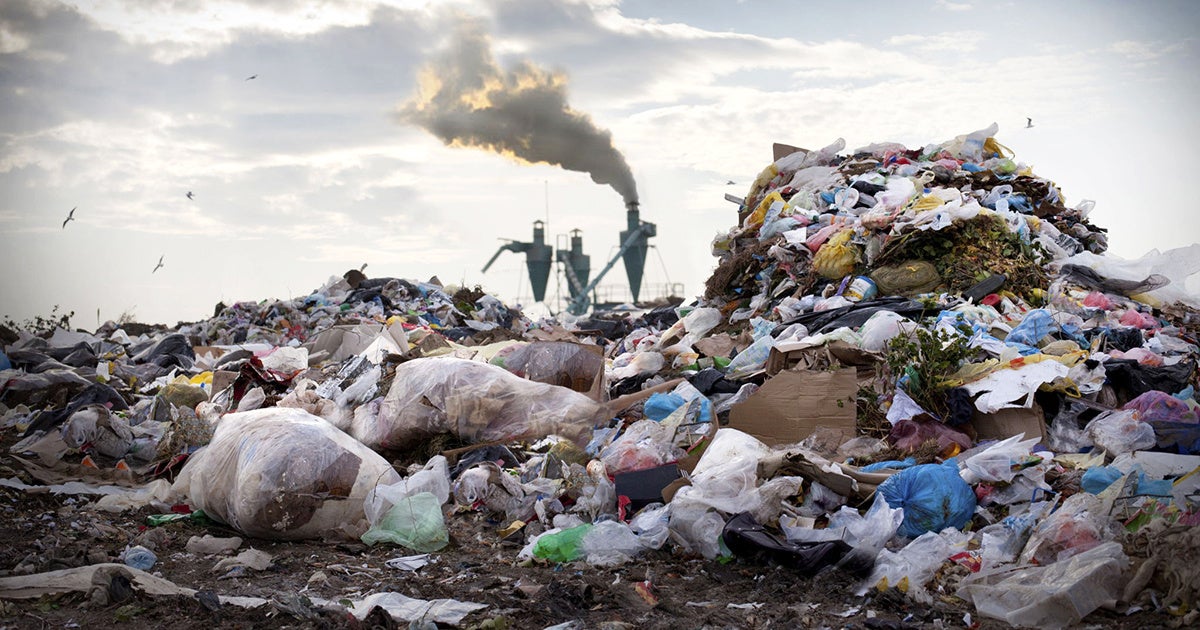 I thought I knew what garbage looked like. Then I arrived in Bangalore, the third-largest city in India.

There was trash almost everywhere you looked. Plastic bottles, food packaging and other waste that could’ve potentially been recycled contaminated the landscape, even in people’s front- and backyards. When I’d ride into the city from the ashram where I was staying in the countryside, I’d inhale toxic fumes of garbage piles burning and observe wild animals rummaging through fields of trash.

During my first day on Commercial Street, one of the city’s busiest thoroughfares, I could feel the pollution sink into my pores and ignite oils on my face. The ground was no better. While wearing only flimsy flip-flops, I nearly stepped on a rat with a candy wrapper in its mouth.

My experiences weren’t just anecdotal. According to a 2016 study by the Indian Institute of Science, Bangalore generates 5,000 metric tons of garbage a day, of which only 10 percent on average is recycled. The city’s landfills, however, can only handle 2,100 tons of waste per day.

When I returned home, I quickly learned that Bangalore was not alone, and how the U.S. plastic lobby keeps its waste pollution behind closed doors. New York City—which has a population 1.5 million fewer people than Bangalore—throws away twice as much garbage; according to GrowNYC, residents of the Big Apple produce 12,000 tons of solid waste a day.

My experiences inspired a radical belief in me, going beyond plastic-bag bans and littering fines: Plastic should be illegal.

Communities around the world have taken action to ban single-use plastic bags. I began to wonder, could we ever take things a step further by banning plastic altogether? That’s not an easy question, I quickly learned, because not all plastics are created—and therefore, disposed of—equally.

When we explore the possibility of banning plastic, we need to be specific about which kinds. The base of all plastic is resins, which are composed of polymers. Different chemicals are required to make the many different types of resin. According to the American Chemistry Council, some common types include:

Each of those types of plastic comes with different potential environmental costs. “The plastics of greatest concern from an environmental health perspective are polyvinyl chloride (vinyl), polystyrene, polycarbonate, and acrylonitrile butadiene styrene,” said Mike Schade, Mind the Store campaign director of Safer Chemicals, Healthy Families. “Using vinyl products exposes consumers to hormone-disrupting phthalates, which are dangerous at very low levels of exposure.” Even getting rid of vinyl is dangerous, he said, because when incinerated, it’s one of the most toxic man-made chemicals.

Additionally, I found that not all plastics are regulated equally. Although there hasn’t been any federal U.S. legislation yet banning vinyl, or any other type of plastic, cities and states have successfully passed and adopted measures to ban plastic bags. According to the National Conference of State Legislatures, Austin, Cambridge, Los Angeles, Chicago, Seattle and San Francisco are among the cities to implement straight bans as opposed to fees. Meanwhile, statewide bans have passed in California and Hawaii.

“When it comes to high density polyethylene and other [types of] plastic bags, the biggest issues are with them clogging up landfills, polluting parks, and waterways,” Schade said. “Plastic bags are a huge solid waste problem and a waste of precious resources.”

According to the Earth Policy Institute, the U.S. consumes 100 billion plastic bags each year, which is enough to circle the equator 1,330 times.

What if plastic bags were to be banned in the U.S., as they were in Kenya earlier this year? Unfortunately that legal battle would require likely copious amounts of money to fight the plastic industry, most notably the American Progressive Bag Alliance, a pro-plastic lobbying group run by the American Chemistry Council. In her documentary Plastic Patch: The Great Pacific Garbage Patch, which I initially watched after returning from India, journalist Angela Sun revealed that the council is an umbrella organization for Dow Chemical Company, DuPont and ExxonMobil.

According to a recent report in The Huffington Post, the group is the moneybag behind legislation to ban the banning of plastic bags. These types of laws have already passed in states like Florida and Arizona. As depicted in Sun’s film, the American Progressive Bag Alliance ran negative, untruthful commercials urging Californians to vote against that state’s proposed plastic bag ban years ago. This year, the Iowa became the most recent state to ban plastic bag bans following a push from the organization and the American Legislative Exchange Council.

“Cities potentially expose themselves to lawsuits over environmental claims if they only ban plastic bags, but allow other bags to be given away for free,” explained Jennie Romer, a New York City-based attorney and founder of Plastic Bag Laws. Romer works with grassroots organizations in New York City to push for plastic-bag fees; according to The New York Times, Gov. Cuomo quashed a measure to implement a 5-cent fee on plastic bags earlier this year.

There’s a reason why conversations about the plastics industry revolve around plastic bags: it’s a gateway to other environmental issues. Romer explained that once people get accustomed to having certain plastics banned, the plastic industry becomes concerned about the potential of all plastic products being banned rather than just bags. In other words, I realized that plastic bag legislation isn’t really about plastic bags; it’s about what other types of plastic can be potentially banned in the future.

While governments can regulate the plastics industry, ultimately, the effort to reduce plastic consumption comes down to shifting consumer behavior, Romer said. She adds that implementing fees encourage consumers to be more mindful compared to straight bans.

While plastic bags are her focus, Romer also consults on expanded polystyrene, found in Styrofoam. She believes this type of plastic requires a straight ban because it breaks up more easily and cannot be recycled, unlike high-density polyethylene in plastic bags.

Sun told me the government should have a role in regulating the labeling of plastic products. “Just because Bisphenol A [or BPA] is a buzz word and in social consciousness, the chemical industry can easily make a slight change and call it something else and still have a BPA-free label on it because it’s technically free of BPA,” she said. “Putting a BPA label on a baby bottle doesn’t mean it’s necessarily OK to be used.”

Sun also stresses that while governments should implement policies to reduce plastic consumption systematically, it’s up to individual people to raise awareness about the issue. No matter how much policy can influence our everyday lives, reducing plastic ultimately falls us—as individual consumers—to take action. This both inspires me and disappoints me, because it’s difficult to fight against a culture specifically designed to consume plastic. After all, bringing your own reusable bag doesn’t go very far when most of the products you purchase are packaged in plastic.

“Social change is hard to do, but it can be done little by little,” explained Sun. “Empowered citizens in different realms have pushed and lobbied for this change. It’s power to the people.”

While bans, whether they are for plastic bags or certain types of resin, seem to be the best idealistic policy for the environment, I learned that they can make governments vulnerable to lawsuits by the plastic lobby. While fees can inspire a change in consumer behavior without the potential of legal action, even those are difficult to just get passed. If we seriously consider banning plastic, not only do we have to specify which kinds, but we also need to work around a system heavily influenced by plastic manufacturers. Otherwise the U.S.’ garbage problem could start to look a lot more like Bangalore’s.