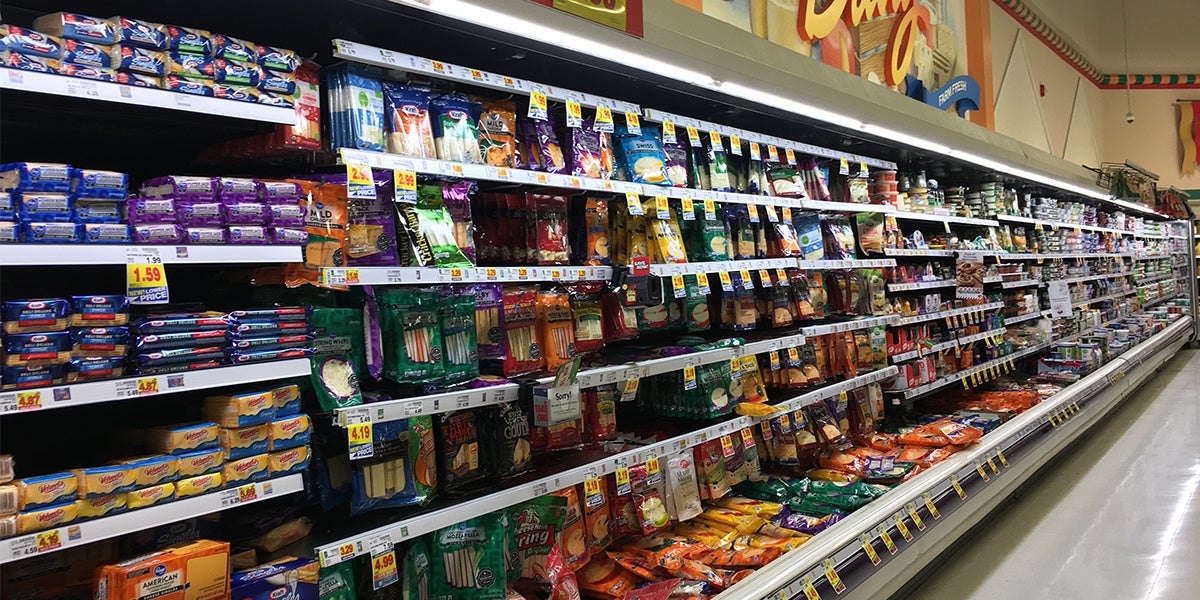 A Kroger in Norfolk, Virginia. Supermarkets are responsible for 40 percent of the plastic packaging we use. Wikimedia Commons

An online petition calling on the nation’s largest supermarket chain to open a
plastic-free aisle has surpassed 85,000 signatures.

The Care2
petition, launched less than a week ago, asks Kroger Co. to curb plastic packaging in its 2,800 branches.

The campaigners were inspired to take action after Dutch grocery store chain Ekoplaza launched the
world’s first plastic-free aisle in one of its Amsterdam markets last month.

“People would love to have that in the United States,” Rebecca Gerber, Care2’s senior director of engagement, told
Retuers.

“You can tell by how fast this petition grew that this is something that (our supporters) want stores and companies that produce plastic to take on seriously.”

Each year, 8 million metric tons of plastic gets dumped into our seas, literally choking marine life and wrecking havoc on ocean ecosystems and the larger food chain. Local and national governments around the world have introduced bans on plastic bags, bottles and other single-use items to stem the flow of the wasteful and potentially harmful material.

Environmentalists and concerned citizens are urging businesses and manufacturers of disposable products to take responsibility for their products through their entire life-cycle and invest in sustainable alternatives.

According to the U.S. Department of Agriculture, global food retail sales add up to a whopping $4 trillion annually. A lot of those products come in plastic which keeps our food from spoiling—but spoils the planet at the same time.

Supermarkets are
responsible for 40 percent of the plastic packaging we use, and because of that huge number, they must start taking responsibility for the plastic products they put out on their shelves and which subsequently end up in our landfills, city streets and oceans.

Shoppers at Ekoplaza’s Jan Pieter Heijestraat
store have roughly 700 plastic-free products to choose from, including meat, rice, sauces, dairy, chocolate, cereals, yogurt, snacks, fresh fruit and vegetables. Instead of plastic, items are packed in compostable materials or glass, metal and cardboard. The company, which has 74 stores across the Netherlands, plans to roll out similar aisles across all branches by the end of the year.

“Care2 is calling on Kroger to show American consumers the same here,” the organizers said.

“Imagine how much of a difference Kroger could make if they opened a plastic-free aisle in all of their stores. This would not only reduce waste, but it would encourage companies to think of other—more environmentally sound—ways to package their foods.”

More and more businesses are stepping up to reduce consumer waste. Iceland Foods, a major UK supermarket chain specializing in frozen food, announced in January it will eliminate plastic packaging from its own brand of products by the end of 2023.