We Are Drowning In Plastic, and Fracking Companies Are Profiting 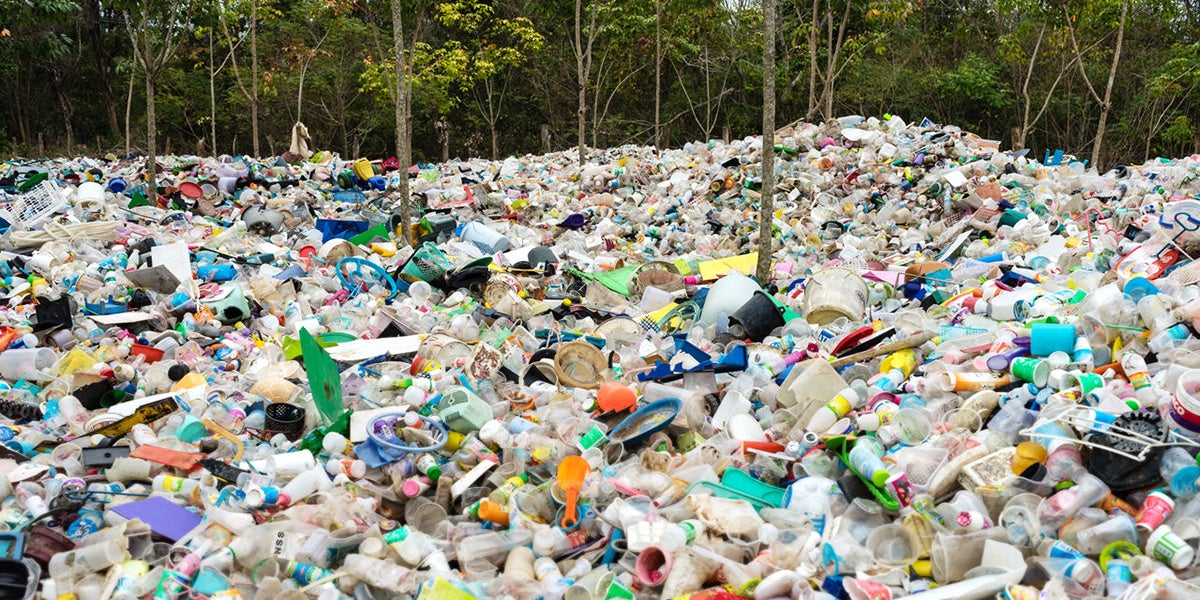 We are choking the planet in plastic. Everything from wasteful water bottles to grocery shopping bags are polluting our waterways, and endangering marine life and the natural environment. It’s fair to say that even the most casual news consumer has probably encountered a Facebook post, TV report or radio segment about the garbage patches in the Pacific Ocean.

But what’s less well-known is what is fueling this plastics binge: fracking. As the Guardian recently reported, in less than a decade, tens of billions of dollars have been invested in creating new manufacturing sites around the world to turn fossil fuels into resin pellets used to manufacture plastic products. The companies profiting off this surge in plastics are contributing to a growing climate crisis while generating mountains of plastic garbage.

One company behind this plastics surge is the U.K.-based chemical company Ineos. While not a household name like Shell or Exxon, Ineos is at the center of this growing plastics industry—but the damage caused by the company extends beyond the mounds of discarded waste littering beaches and waterways. The company’s 75 manufacturing facilities across 22 countries are responsible for chemical leaks, fires, explosions and air and climate pollution. This record includes a 2008 chemical fire in Germany and air pollution in Scotland, where the company’s Grangemouth facilities were the country’s single largest emitter of carbon dioxide in 2016.

And the Ineos business model also relies on polluting communities thousands of miles away in Pennsylvania and Ohio, where the fracking industry is scarring the landscape, polluting water and threatening public health. The company uses the liquid gas found in the shale formations there to feed its chemical plants. To meet this demand, the company recently built a fleet of so-called “dragon ships” to carry volatile gas liquids across the Atlantic.

And Ineos wants to continue ramping up. After the first crossing of one of these liquid gas transport ships from the U.S. to the UK, the chairman of Ineos called the event a “gamechanger” that could “spark a shale gas revolution,” according to a company news release.

Expanding this business will require new pipelines like the Mariner East 2, now under construction across Pennsylvania. The project belongs to Sunoco, a subsidiary of Energy Transfer Partners, the company behind the Dakota Access Pipeline that generated international opposition. There is a movement to stop the Mariner East, too, in places across the state where residents have lost their land to Sunoco through the companies use of eminent domain and are being told that they must allow the pipeline to be built near their schools, homes, and community centers.

Sunoco’s safety record was a concern before the drilling started; since 2010, the company has had a higher rate of oil pipeline spills than its competitors. And this record of spills continued once construction of the pipeline began. Dozens of drilling spills and accidents and several cases of tainted water supplies eventually forced the state government to shut down the construction at the beginning of this year. Pennsylvania environmental regulators deemed Sunoco’s “egregious and willful violations” of environmental laws serious enough to apply the brakes on a project that had been rushed through the regulatory process by drilling-friendly politicians of both major parties.

On Feb. 8, the Pennsylvania Department of Environmental Protection allowed construction of the pipeline to resume, after issuing a $12.6 million civil penalty against Sunoco.

While plastic junk floating in the oceans gets the headlines, the truth is that the entire business model wreaks havoc on communities and the planet—from the fracking wells in Pennsylvania and the pipelines that carry the materials in the U.S., to the air pollution from petrochemical plants producing plastics in the U.K.

Pennsylvania was right to hit the pause button on this fracking-for-plastics pipeline, but if we’re to create a stable climate and a healthy planet for all, we need state legislators to stop construction altogether. And we need political leaders in Europe willing to stop fracking before it starts.