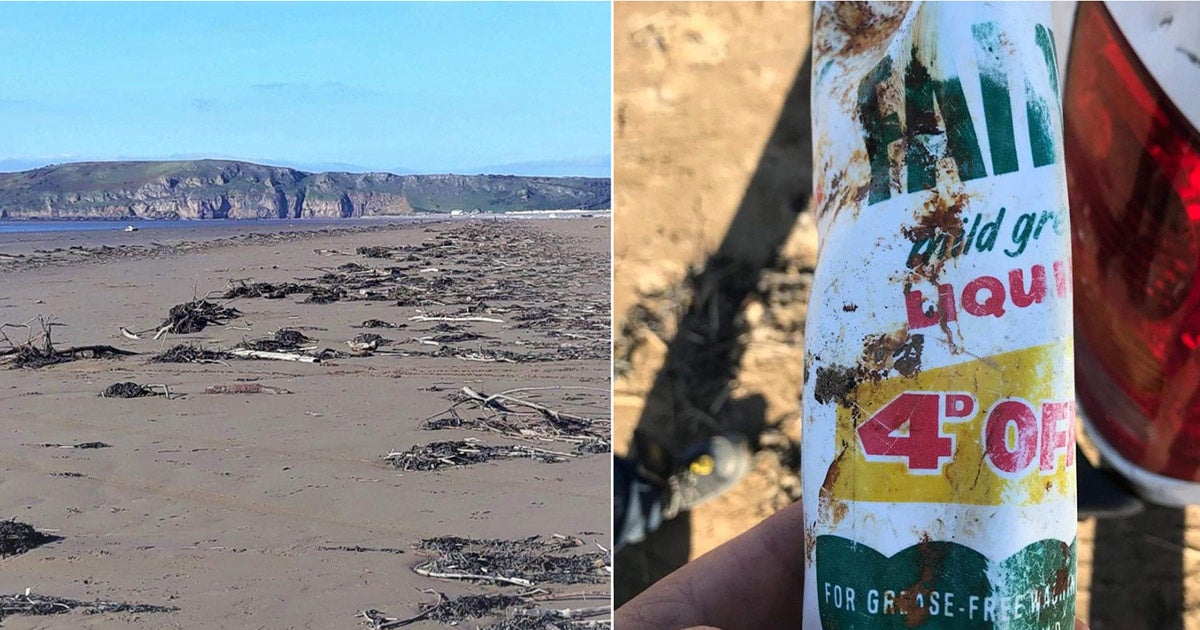 When the Burnham Coastguard Rescue Team went to assist a man who fell ill while walking his dogs on a UK beach Oct. 3, they made a shocking discovery.

Rough tides had washed up a significant amount of debris onto the beach, including, of course, plastic.

“The beach warden said he had picked up lots of different items to dispose of on his travels including shoes and plastics,” the coastguard team said in a Facebook post.

One of those items was a plastic bottle of Fairy detergent that its intact labeling revealed to be nearly 50 years old.

“This bottle has been floating around in our waters and still looks almost new,” the coastguard wrote.

The bottle was obviously at least 47 years old because its label advertised it as “4D” or four pence off, meaning it was sold before the UK changed to decimal currency in 1971, CNN reported.

The Burnham Coastguard clarified in the comments that they could not be sure how long the bottle had actually been in the oceans, but it was still emblematic of a larger problem.

“It is a highlight of the plastic waste that is damaging our planet,” they said.

At least eight million tons of plastic enter the world’s oceans every year, and 60 to 90 percent of marine litter is made of plastic. An Ocean Conservancy report said that some plastic bottles can take up to 450 years to break down.

Government and industry groups in the UK have taken action to reduce plastic waste in the past year. The government announced plans to end the sale of single-use plastics like straws, drink stirrers and cotton swabs in April, the same month that more than 40 companies signed the UK Plastics Pact to phase out problematic plastics from packaging by 2025.

The Burnham Coastguard used the find as a call to action, urging people to properly dispose of trash and to avoid throwing non-flushable items like cotton buds in the toilet. They also urged locals to get involved with beach cleans organized by Litter Free Coast & Sea Somerset and Rage Against Rubbish.

“Small changes by everyone can make a big difference to our beautiful planet and even to our very own stretch of coast, so let’s make a difference together,” the coastguard said.