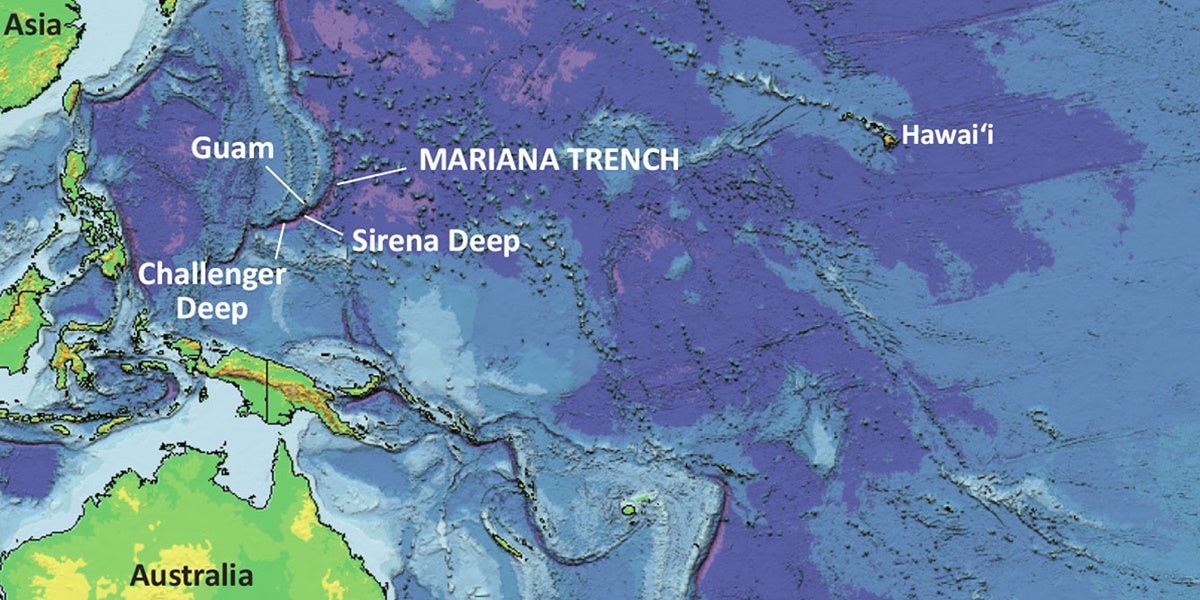 Man-made trash has sunk to new depths. A recent
paper published in the journal Marine Policy details the staggering amount of plastic and other debris found at the bottom of the world’s deepest ocean trench.

At least 3,000 pieces of litter, with some dating back 30 years, can be found in the Pacific Ocean’s Mariana Trench.

This information was obtained by researchers combing through the
Deep-sea Debris Database operated by the Global Oceanographic Data Centre of the Japan Agency for Marine-Earth Science and Technology (JAMSTEC).

This vast online catalogue, which launched for public use in March 2017, contains photos and videos of debris collected by deep-sea submersibles and remotely operated vehicles from more than 5,000 dives.

According to the paper, authored by JAMSTEC researchers, more than 33 percent of the observed debris is macro-plastic, of which 89 percent was single-use products. The deepest record is a plastic bag at 36,000 feet in the Mariana Trench.

Plastics are now showing up in the very deepest, most remote parts of our planet. This plastic bag was found at the bottom of the Mariana Trench, nearly 11km under water.

Unfortunately, the researchers observed how some of this plastic has impacted
marine life on the ocean floor.

“Deep-sea organisms were observed in the 17 percent of plastic debris images, which include entanglement of plastic bags on chemosynthetic cold seep communities,” the study authors wrote.

Other types of waste that can be found at such oceanic depths include metal, rubber, fishing gear, glass and other man-made items.

“The data show that, in addition to resource exploitation and industrial development, the influence of land-based human activities has reached the deepest parts of the ocean in areas more than 1,000 kilometers (620 miles) from the mainland,” the authors noted.

In the video below, JAMSTEC’s executive director for science Yoshihisa Shirayama explains how plastic in the ocean and climate change are noticeable examples of humanity’s negative environmental footprint.

He suggested limiting the immense amount of plastics that enter our waters as well as limiting carbon dioxide emissions to help fight ocean acidification.

“Anything we can do for the good of the environment will also help the deep sea environment and deep sea creatures,” Shirayama concluded.