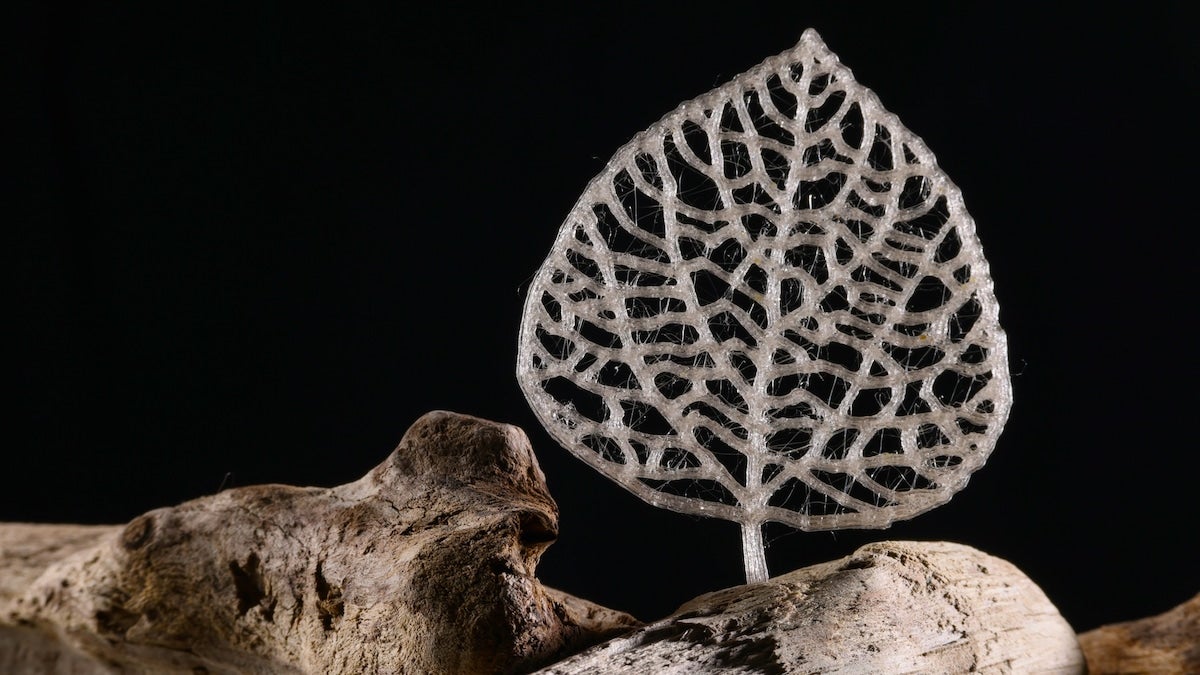 A 3D-printed “leaf” made with the new bioplastic. Alain Herzog (EPFL)

Scientists around the world are working to find an alternative to fossil-fuel based plastics that contribute to the climate crisis and persist in the environment, including the ocean.

In the latest attempt at a sustainable plastics alternative, researchers at the Swiss Federal Institute of Technology Lausanne, or EPFL, have developed a plant-based plastic alternative that dissolves into sugar.

Plastics are a conundrum because the very reason they are so useful as a material is the same reason they are an environmental hazard once they are no longer of use: their durability. Different plastic items can take anywhere from tens to hundreds of years to decompose, according to WWF. A plastic bag will last 20 years in the ocean, while a water bottle could last 450 years and a toothbrush half a century.

This also makes plastics difficult to replace, however, since it’s hard to match their low cost and special properties including heat resistance and strength, according to EPFL. However, the research team thinks they have hit on a promising alternative, as detailed in a paper published in Nature Chemistry June 23. The new plastic is made from non-edible plant material and is similar to polyethylene terephthalate (PET), the plastic used to make water and other beverage bottles.

“We essentially just ‘cook’ wood or other non-edible plant material, such as agricultural wastes, in inexpensive chemicals to produce the plastic precursor in one step,” Luterbacher said in the press release.

The new plastic is based on a method that the EPFL team discovered in 2016. This method adds a simple chemical to lignin, a natural polymer found in biofuel, converting it into a potential source for bio-based plastics or fuels. The team first used formaldehyde as the chemical, but have since started using a different aldehyde, or organic compound, according to Interesting Engineering.

“By using a different aldehyde — glyoxylic acid instead of formaldehyde — we could simply clip ‘sticky’ groups onto both sides of the sugar molecules, which then allows them to act as plastic building blocks,” study first author Lorenz Manker said in the press release. “By using this simple technique, we are able to convert up to 25% of the weight of agricultural waste, or 95% of purified sugar, into plastic.”

The team also found that it was possible to convert that plastic back into sugars.

“Although standardized biodegradation studies still need to be performed, the inherently degradable nature of these materials facilitated their chemical recycling via methanolysis at 64 °C, and eventual depolymerization in room-temperature water,” the study authors wrote.

So far, the team has used the material to make films for packaging, textile fibers and 3D-printing filaments, according to the press release.