Humans Are Forcing Plants to Adapt at the Fastest Rate Since the Last Ice Age, Study Finds 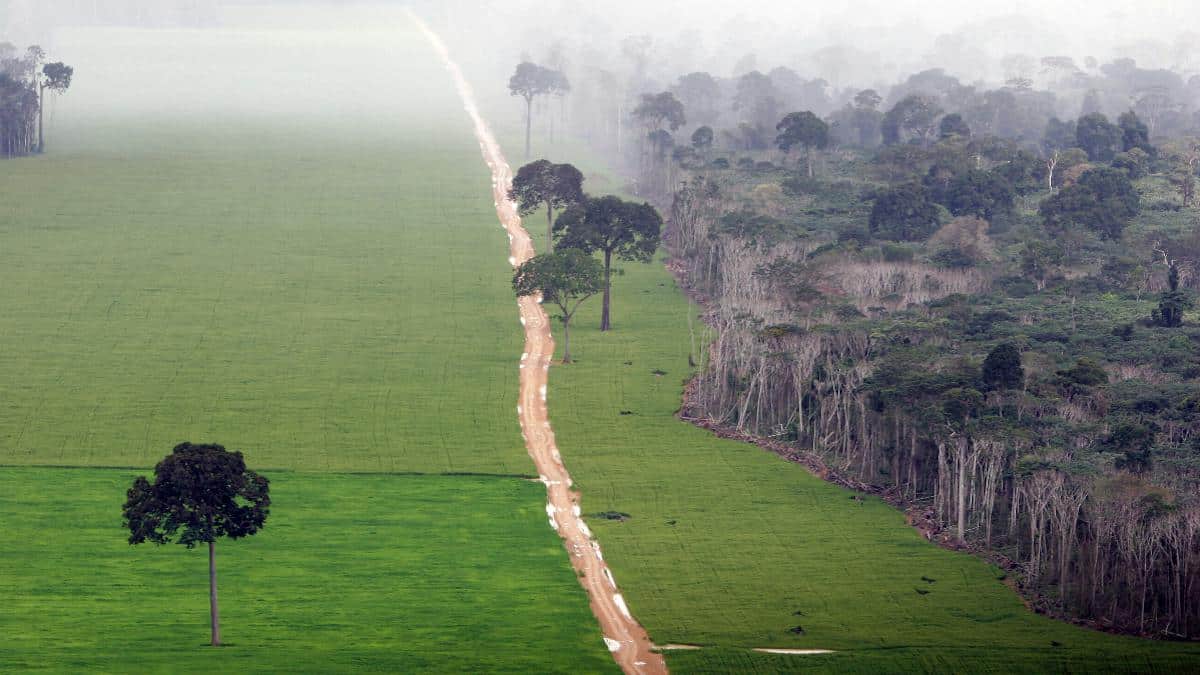 New research published May 20, 2021 in Science found that humans have stressed plant ecosystems more severely, and for longer, than previously thought.

The last time plants were forced to change at this pace was between 16,000 and 8,000 years ago, when mosses, sedges, shrubs and lichens had to quickly adapt to a planet that had warmed by 10 degrees Fahrenheit, National Geographic reports. However, plant populations stabilized after the ice age thawed. It wasn’t until about 4,000 years ago that they began mass adaptations once again, reacting not to retreating ice sheets, but to the changes humans were making to Earth’s landscape.

“This work suggests that 3,000 to 4,000 years ago, humans were already having an enormous impact on the world (and) that continues today,” Jack Williams, professor of geography at the University of Wisconsin-Madison and one of the study authors, said in a press release.

The researchers analyzed nearly 1,200 samples of ancient fossilized pollen collected from every continent, except Antarctica, which stored data about the mass adaptations Earth’s flora have taken on over millennia. The fossils revealed that the rate of change ecosystems are experiencing today is at least equal to what it was at its peak, just after the ice age, when plants adapted to cover previously frozen ground. Williams and his team expect these rates of change to continue to accelerate in the near future, as climate change exacerbates the need for ecosystems to adapt.

The new study also adds to the growing body of data showing that climate change has accelerated changes in global biodiversity, particularly over the last century, ScienceDaily explained. One 2019 study also found that human activity around 3,000 years ago, which included burning land to clear it for agriculture, planting crops and deforestation, had huge implications for ecosystems that continue today.

“A sobering implication from this work, say the scientists, is that in the past, the periods of ecosystem transformations driven by climate change and those driven by land use were largely separate. But now, intensified land use continues, and the world is warming at an increasing rate due to the accumulation of greenhouse gases. As plant communities respond to the combination of direct human impacts and human-induced climate change, future rates of ecosystem transformation may break new records yet again,” a press release stated.

Consequently, protecting existing species may not be the best way to support ecosystems in the future, when climate change and human activity will force plant communities to adapt to wetter, drier, or hotter conditions than the flora is used to.

“Instead of trying to maintain species compositions that existed in the past, we have to start managing for change and managing for the future,” said Jonathan T. Overpeck, a climate scientist at the University of Michigan climate, in a commentary article on the new research published in Science, according to National Geographic. “Many of the forests we have now are dying because those trees established under cooler, moister conditions. As the climate becomes hotter and more extreme, we have to plant species that can handle that.”