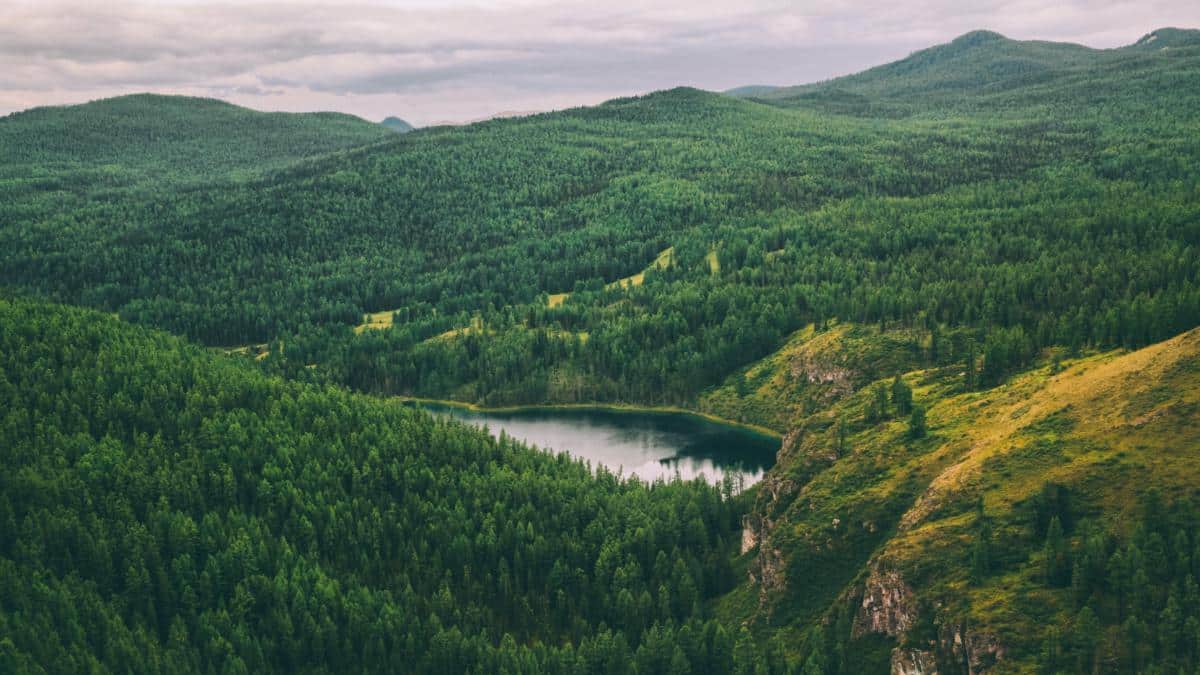 Major carbon sinks, such as the Taiga in Russia, could start absorbing less carbon within a few decades. LightFieldStudios / Getty Images

Up until now, humans have had an invaluable ally in the climate crisis battle: Earth’s plants.

These steadfast photosynthesizers have absorbed about a third of human-released greenhouse gas emissions, but that could change. A study published in Science Advances on Wednesday warned that if emissions continue at current rates, then we are decades away from a tipping point where plants would become less effective at absorbing carbon.

“To date the world’s ecosystems have been taking up some of the CO2 that goes into the atmosphere from fossil fuels, and that’s been buying us some time,” Louis Schipper, study coauthor and University of Waikato professor, told the New Zealand Herald. “The data that we’ve got from this paper suggests that the amount that ecosystems are going to do that service for us is going to decrease. That buying of time is going to go away, and quite quickly.”

Plants have been referred to as Earth’s lungs for their ability to take in carbon dioxide and combine it with sunlight and water to make food for themselves and oxygen for us, Stuff explained. So far, as carbon dioxide levels have increased, so has plants’ ability to absorb it. But scientists wondered if plants would continue their absorption rates as the planet warms.

“The Earth has a steadily growing fever, and much like the human body, we know every biological process has a range of temperatures at which it performs optimally, and ones above which function deteriorates,” Katharyn Duffy, lead study author and Northern Arizona University (NAU) postdoctoral researcher, said in an NAU press release. “So, we wanted to ask, how much can plants withstand?”

To answer that question, Duffy teamed up with researchers at New Zealand’s University of Waikato and the Woodwell Climate Research Center. The researchers examined data from measurement towers in every major biome. These towers, collectively known as FLUXNET, measure the carbon exchange of ecosystems, New Scientist reported.

The researchers then analyzed that data using the MacroMolecular Rate Theory recently developed by Waikato professor Vic Arcus. This theory, based on thermodynamics, allowed researchers to determine how temperature change would impact photosynthesis in every major biome.

What the researchers found was alarming. After temperatures pass 64.4 degrees Fahrenheit, plants in most ecosystems photosynthesize less. For ones known as C4 plants (such as maize and sugarcane), the tipping point is higher, at 82.4 degrees Fahrenheit, NAU explained. In both cases, the process of respiration, by which plants release carbon dioxide back into the atmosphere, was not suppressed when the temperature threshold was reached. This means that many biomes could shift from being carbon sinks to carbon emitters.

Currently, less than 10 percent of Earth’s biomes regularly experience temperatures past the photosynthesis tipping point, but if emissions continue at current rates, as many as half of them could hit that threshold by mid-century. This includes important carbon sinks like the Amazon rainforest and the Taiga in Russia and Canada.

“All the plants on Earth are picking up about 30 percent of all the carbon that we emit and so if that no longer happens, that can create kind of a runaway climate change rate,” Duffy explained to New Scientist. “It’s this feedback loop where the plants are taking up less carbon, there’s more carbon in the atmosphere, there’s more warming, and so on, and so forth.”

The results had a profound personal effect on some of the researchers.

Schipper told the New Zealand Herald that he remembered the moment when he saw Duffy’s data and understood the implications.

“I just stared at the graph for, I don’t know, 10 minutes, and just expletives run through your head,” Schipper told the New Zealand Herald. “You hope that you’re right, because you want to get your science right, but in some ways you hope that you’re wrong.”

For Arcus, the results were a call to action. He sold his car and bought an electric bike instead.

“We need to curb global warming to remain at or below the levels established in the Paris Climate Accord,” Arcus told the New Zealand Herald.