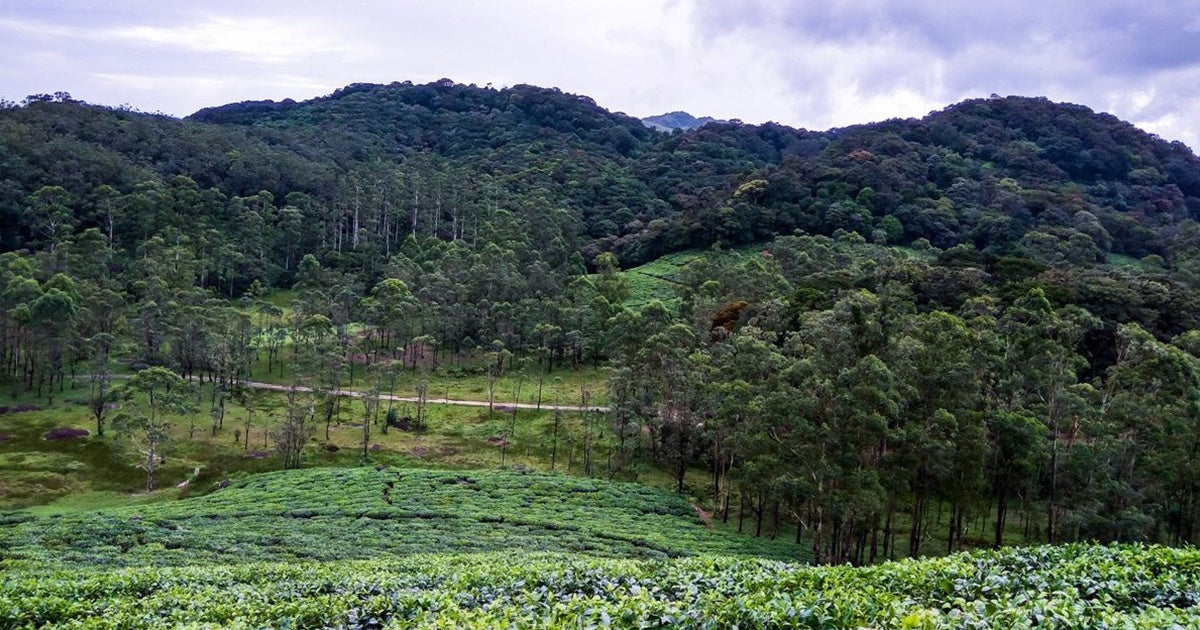 Eucalyptus plantations in southern India that were abandoned and left to recover for nearly 40 years are still far from resembling the primary forest surrounding them, a new study has found. This, researchers say, suggests that once disturbed for long, forests may never bounce back to their original forms.

In India, eucalyptus has often been the tree of choice when it comes to restoring degraded forests: it grows quickly, is hardy, and requires little care. But can these plantations, when left alone and allowed to regenerate, grow into the forests they replaced?

To find out, researchers turned their attention to the southern stretch of the Western Ghats in India.

In the past century, large parts of wet evergreen forest in what is now Kalakad-Mundanthurai Tiger Reserve (KMTR) in Tamil Nadu state were cleared to make way for plantations including tea, coffee and cardamom. Vast forested areas were also felled for eucalyptus plantations, with the timber mainly to be used as fuelwood for the tea industry. However, with the establishment of KMTR in 1988 and a subsequent logging ban, many plantations were eventually abandoned and the area has been on a path of recovery ever since. Some plantations have now been regenerating for nearly 40 years.

In 2016, Ashish Nerlekar, lead author of the study published in the Journal of Tropical Ecology and a doctoral student at Texas A&M University, looked at one such eucalyptus plantation in KMTR with his colleagues. The plantation had been abandoned for 36 years as of 2016, and was surrounded by primary, old-growth forest.

“Because it’s the Western Ghats and because there has not been any major disturbance after abandonment, I thought the plantation would be very close to the primary forest,” Nerlekar said. “I was expecting some degree of structural resemblance in terms of species richness and so on. I was also expecting to see at least 20 to 30 percent of the trees characteristic of the primary forest in the plantations.”

But as it turned out, this wasn’t the case. 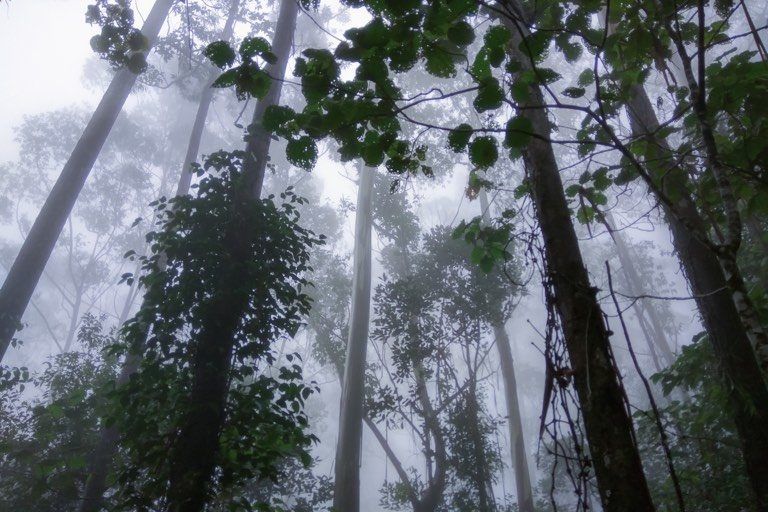 The study looked at a eucalyptus plantation that had been abandoned for nearly 40 years and left to regenerate. Image by Vignesh Kamath

In 2005, researchers from the Bengaluru-based Ashoka Trust for Research in Ecology and the Environment (ATREE), a nongovernmental research organization, had studied the same plantation, then abandoned for 25 years, documenting the kinds of trees that were growing inside. Nerlekar used this 2005 study for his baseline data. ATREE has regularly cataloged the tree species within the primary forests surrounding the plantations every five years since 1995, giving Nerlekar the chance to compare the eucalyptus plantation’s makeup with that of the nearby old-growth forest.

The researchers found that from 2005, when the plantation was first studied in detail, to 2016, the number of tree species increased by 67 percent, giving it a similar degree of species richness as the adjoining primary forest. But the kinds of trees growing in the plantation were very different from the ones growing in the primary forest. Trees like wild durian (Cullenia exarillata) and palai (Palaquium ellipticum), for instance, which are characteristic of the old-growth evergreen forest in KMTR, were rarely found in the plantation. Instead, the plantation was dominated by small-seeded, bird-dispersed tree species, such as the hill glory bower (Clerodendrum infortunatum) and Wight’s litsea (Litsea wightiana).

“One of the most surprising findings was that even after 36 years, the abandoned plantation patches don’t resemble the neighboring forest in terms of structure and function,” said co-author Vignesh Kamath, an independent researcher with Gubbi Labs in Bengaluru. “One would assume that a period of nearly four decades of letting nature take over would be enough to restore a disturbed forest, but our study found evidence against it. It makes one wonder, how long would it really take to undo the changes caused by human activities?” 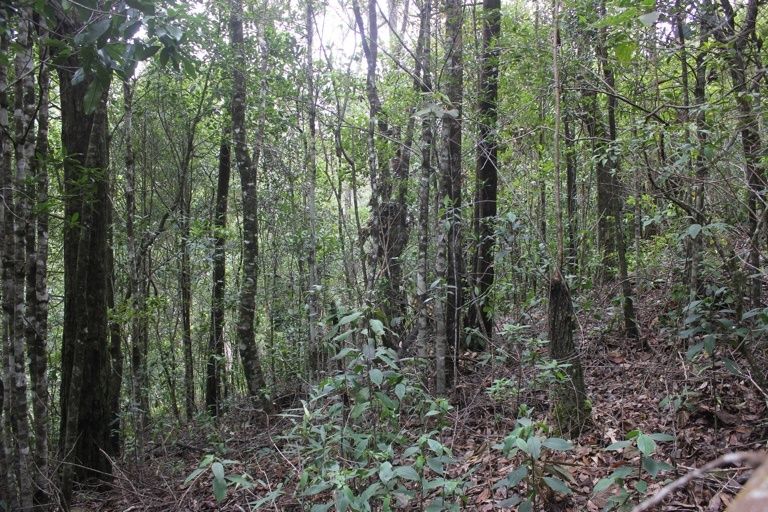 The tree species growing in the plantation after four decades of abandonment are strikingly different from those growing in the surrounding primary forest. Image by Ashish Nerlekar

But there could be several other potential barriers, the researchers speculate. There might be a lack of dispersal agents that can spread the trees’ seeds into the plantation, for example. “Plants that are wind- or bird-dispersed or have small seeds do not have such limitations,” Nerlekar said. “But it may be more difficult for those that have heavy seeds, large seeds, or are dispersed by specialized animals like, say, the lion-tailed macaque.”

Even if the seeds made it to the plantations, “some of the native species might not find enough shade, which they require to survive, especially during the seedling or sapling stage,” Kamath added.

“The primary forest trees store much more carbon than the plantation forest trees and serve as a carbon sink to help reduce the amount of carbon dioxide in the atmosphere,” Kamath said. “Preserving the last remaining old-growth forests is the need of the hour. Primary forests are irreplaceable.”