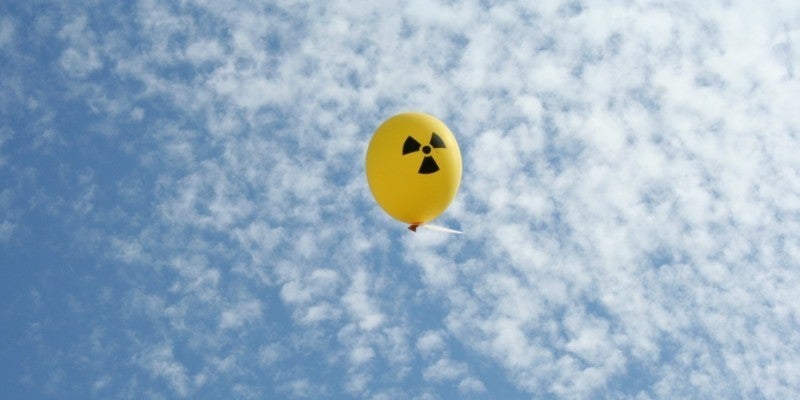 The British government astonished the nuclear industry late last night by refusing to go ahead with plans to build the world’s largest nuclear plant until it has reviewed every aspect of the project.

The decision was announced hours after a bruising meeting of the board of the giant French energy company EDF, at which directors decided by 10 votes to seven to go ahead with the building of two 1,600 megawatt reactors at Hinkley Point in Somerset, southwest England. 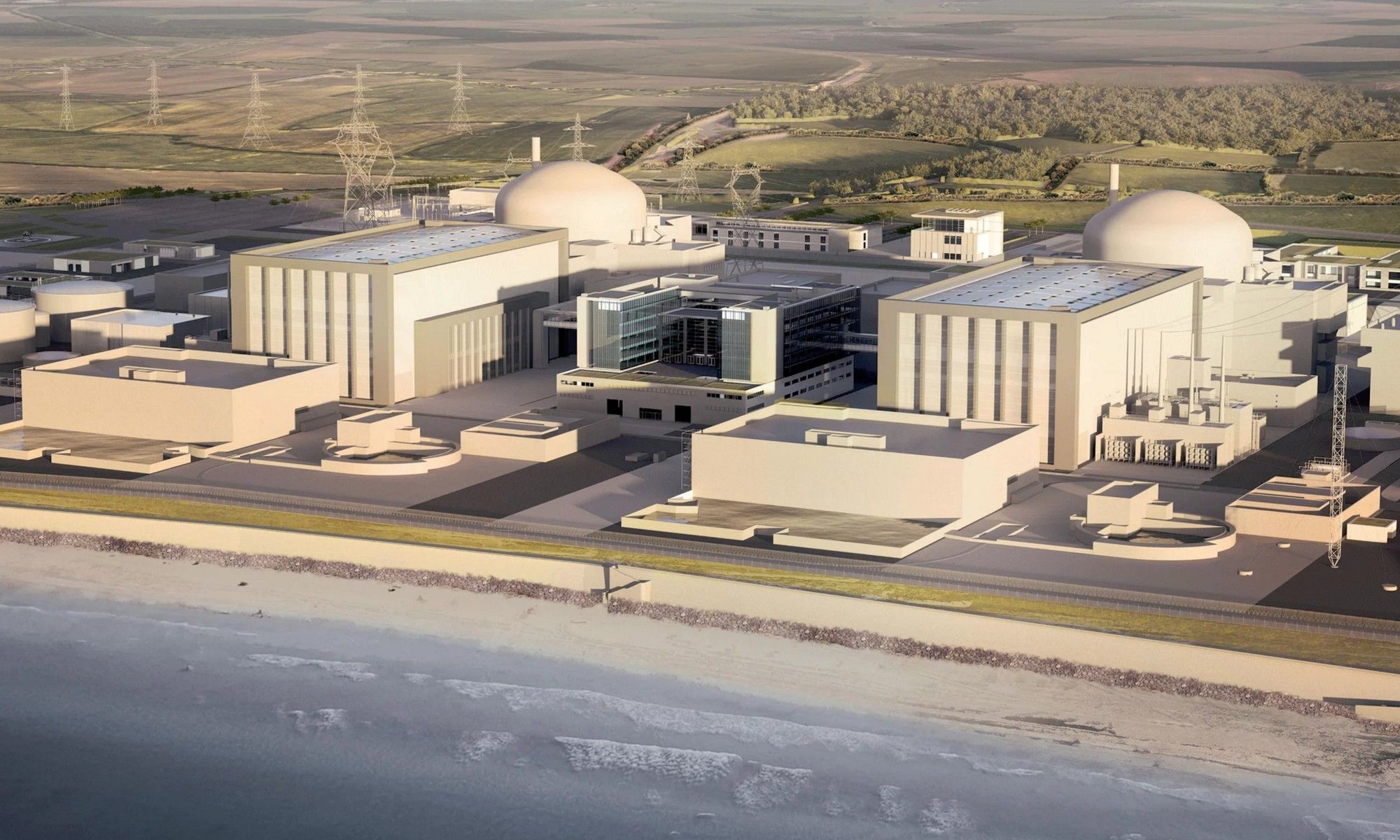 A computer-generated image of what the Hinkley Point C nuclear power plant would look like. EDF Energy / PA

One director, Gerard Magnin, had already resigned in protest before the meeting, saying the project was “very risky.” All six union members, who are worker directors, said they were going to vote against because they believed that any new investment should be directed at making ageing French reactors safer.

So certain were EDF that a signing ceremony with the British government would take place today to provide the company with 35 years of subsidies for their electricity that they had hired marquees, invited the world’s press and laid in stocks of champagne to toast the agreement.

But EDF Chief Executive Vincent de Rivaz, who had pushed for the deal, cancelled a trip to Britain on hearing the government announcement.

Britain’s new prime minister, Theresa May, who had never publicly endorsed the project like her predecessor David Cameron, has clearly heeded the myriad voices outside the nuclear industry that say this is a bad deal for British consumers.

Her new business and energy secretary, Greg Clark, in a brief statement, said the decision was deferred until “early autumn” while the “government reviews all the component parts of the agreement” to build what is the most expensive power plant the world has ever seen.

Hinkley Point C, as the new station would have been called, is estimated by the company to cost £18 billion, take nine years to build and provide 7 percent of the UK’s electricity via two 1,600 megawatt reactors.

This is a new type of reactor, of which four are being built—one at Olkiluoto in Finland, one at Flamanville in France and two in China. All are years behind schedule and costs in France and Finland have trebled. None are expected to produce power until 2018, although what is happening in China is not clear.

Because of these delays, the French were not actually going to start pouring concrete for construction until 2019 and there were already severe doubts that the timetable proposed by the French for Hinkley Point could be met.

Some have even suggested that the delays elsewhere have shown that the design is flawed and that the reactors may never work efficiently. This may concern the British government, but the sticking point is more likely to be the staggeringly high cost that consumers will have to pay for electricity produced by the plants. 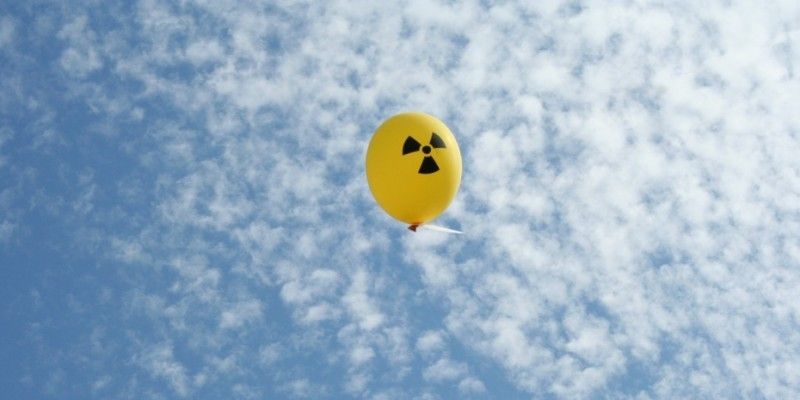 Up in the air: the controversial Hinkley Point project has been the focus of many past protests.Campaign for Nuclear Disarmament via Flickr

In 2012, the previous government agreed to pay £92.50 for each megawatt hour of electricity produced—a price that would rise with inflation.

With wholesale prices going down, that is already three times the current price of electricity and it is calculated that it would cost every bill payer in Britain £10 a year for 35 years just to keep the station open—and it could be more.

If Theresa May is anything like her predecessor, Margaret Thatcher, who did not think nuclear power was value for money, the project will be in jeopardy.

EDF already runs 15 ageing nuclear reactors in Britain and was looking to build the two at Hinkley and another two in Essex to replace the old ones as they close down. The Chinese, Japanese and Americans were being encouraged to build reactors in other parts of England and Wales. All these look less likely now.

The problem for nuclear power is that new stations cost billions to build and take a decade before they get any income back. This has brought EDF huge debts and borrowings, which has put the company in financial difficulty—hence the internal controversy about the Hinkley decision.

Claire Jacobson, head of climate, energy and environment policy at EEF, the British manufacturers’ lobby group that supports the nuclear industry, said the government’s decision was “yet another blow to a decision that has been hindered by many delays and uncertainties.”

Tom Greatrex, chief executive of the Nuclear Industries Association, warned that failure to go ahead with the project would risk the lights going out and missing the country’s carbon emissions reduction targets. He said ministers “need to act quickly to endorse the decision [to go ahead].”

However, critics of the controversial project were delighted. John Sauven, the executive director of Greenpeace, said: “Theresa May now has the chance to stop this radioactive white elephant in its tracks.”

“She should look at the evidence and see that this deal would be a monumental disaster for the taxpayers and the bill payers. Countless experts have warned that for British families this power station will be terrible value for money, Sauven added.”

Until last night, the UK was the most positive country in Europe about nuclear power and planned to build a total of 10 nuclear power plants, Hinkley Point being the first of them. This was despite the fact that nuclear costs continue to escalate while its main competitors—renewables of all kinds—fall in price.

The Hinkley Point project is now more expensive than offshore wind power, which is the most expensive renewable and is far more costly than solar and onshore wind. Biogas and small-scale hydro projects in Britain, all so far underdeveloped, are also cheaper than nuclear.

The price of all renewables is going down as they develop, while the price rises for nuclear power, with safety fears and threats from terrorism pushing costs up.

It is also argued, even by the UK’s national electricity grid, that the day of the large power plant is over, to be replaced by small local generators providing electricity near to homes and factories—something that renewables are ideally suited for.

Even France, which has 58 reactors and is building a Hinkley prototype at Flamanville in Normandy, has no plans to build any more. All its new energy projects are renewables and it has plentiful supplies of untapped wind and solar power, which are cheaper.

China, which is currently building more nuclear plants that any other country, is also hoping to build new plants in Britain, and China General Nuclear Power had agreed to fund one-third of the Hinkley Point project to get an entry to the UK market.

They were due to be at the celebrations in Somerset today, but in a statement said: “We respect the new government’s need to familiarize itself with a project as important to the UK’s future energy policy as Hinkley Point C and we stand ready to help the government in this respect.” They then flew home.