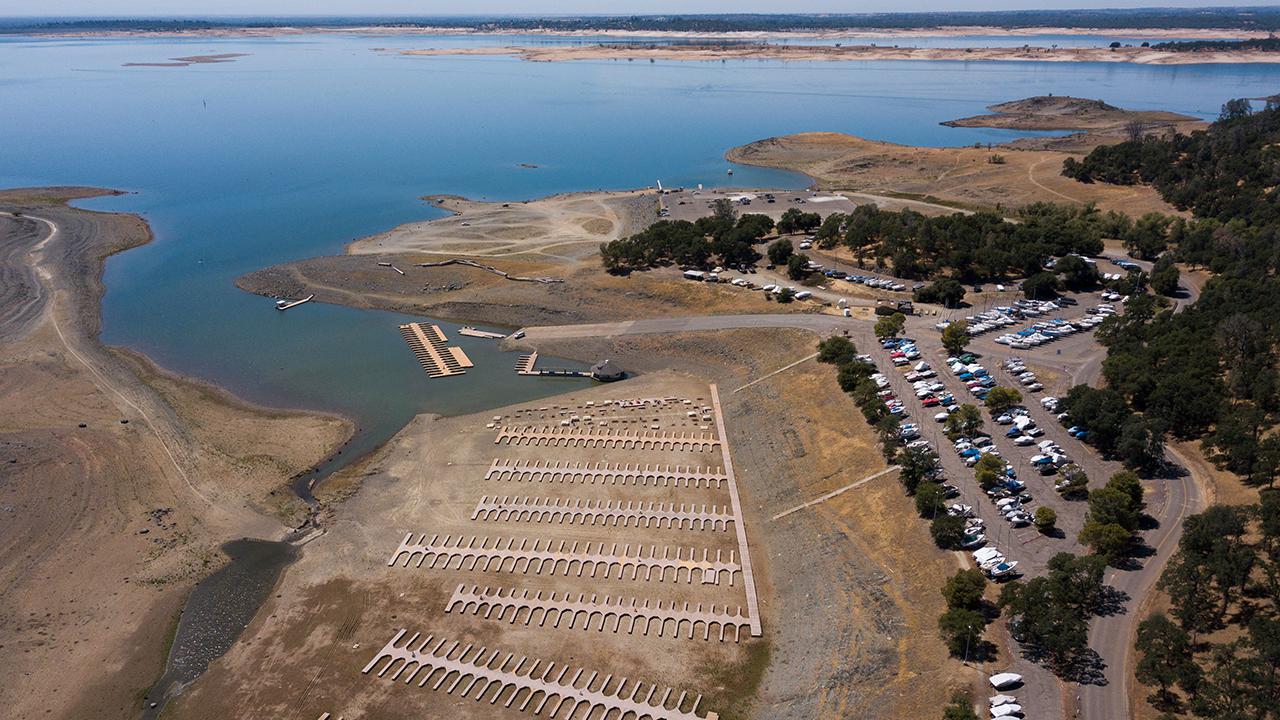 California’s drought may be the key to uncovering the mystery of a 1965 plane crash.

Two employees from an underwater surveying company, Seafloor Systems, were doing testing at Folsom Lake in the shallowest areas to date. The sonar equipment they were using for testing picked up an abnormal piece of debris that appeared to be a small aircraft.

The plane discovered in the lake looks similar to the plane that went missing in 1965. It couldn’t be confirmed because the Seafloor technicians couldn’t record the aircraft number, or look at the interior of the plane because of murky water, according to Gizmodo.

Local news outlets suspect that the plane found is a Piper Comanche 250 plane, which is the model that crashed in 1965, leaving four people dead on New Year’s Day.

Since the incident, only the body of the plane’s pilot has been found — leaving the whereabouts of the plane and three other passengers still unknown. The victim’s loved ones expressed that the unsolved mystery has haunted them for more than five decades, according to ABC News.

“He didn’t really know his brother, but him and his mom would go out to the lake periodically when the water was low and look around to see if they could see anything,” Katherine Radican said of her deceased husband, whose brother perished in the crash, to ABC News.

Before Frank Wilcox, Radican’s husband, passed, he promised his mother he would keep searching for his long-lost brother in the hopes of giving him a proper burial.

“He promised her that he would find him for her,” Radican said to ABC News.

Seafloor System representatives and the Local Sheriffs’ offices plan to collaborate to try to retrieve the plane from the water. Finding the plane may bring closure to families who have been in the dark for decades.

“I think it’s amazing that after all this time there’s been a lot of research and a lot of effort put into finding this for the family and also to retrieve what no one knew was down there,” Seafloor’s Tyler Atkinson told KRON-4.

This year, the Sierra snowpack was only 53% of its historical average, according to Gold Country Media. It feeds in Folsom Lake, causing the lake to be at less than half of its capacity.

Due to the low snow year, and increasing summer temperatures in California, both symptoms of the climate crisis, California has been seeing more extreme dry and wet years, according to Gizmodo.

The U.S. Drought Monitor categorized the surrounding area of the lake as being in extreme or exceptional drought — the two driest rankings possible.

Other climate phenomena have led to new discoveries. Just last month, the thawing Italian Alps allowed researchers to find World War I relics, previously hidden under the earth. In 2018, extreme drought and heat led to the discovery of outlines of ancient buildings in the UK.

Although historically compelling, these discoveries are all a result of conditions related to climate change. California’s drought can have permanent damages to ecosystems, seawater intrusion, and land subsidence, according to the U.S. Geological Survey.