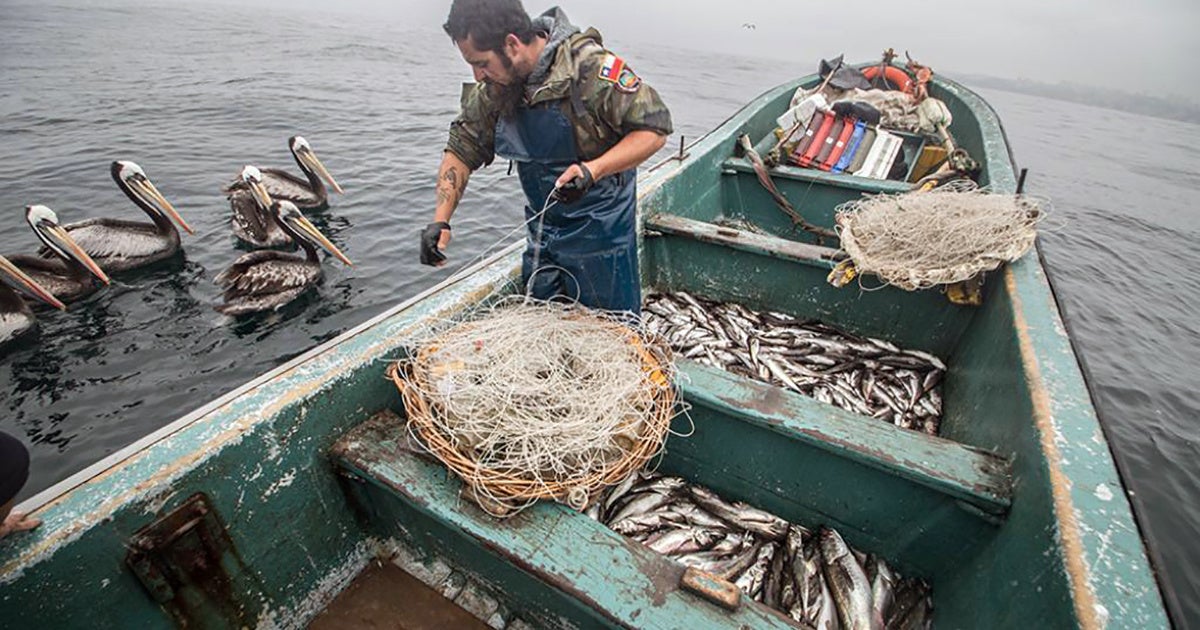 When Hugo Arancibia Farías was a child, his mother, like most mothers in central Chile, visited the weekly market to buy common hake, a white-fleshed relative of cod. She usually served it fried, Arancibia recalled with relish. “It was very cheap,” he said, “and very popular.”

Nowadays, hake is more expensive than beef. “It is too much for a family,” said Arancibia, a fisheries biologist at the University of Concepción in central Chile. The reason is simple economics: The scarcer a resource, the more expensive. After a devastating population crash in the mid-2000s, Chile’s once-common hake have yet to recover.

After years of blaming the collapse on an influx of predatory squid, Arancibia said, fisheries officials recently wised up to the real culprit: a vast tide of illegal fishing, much of it from artisanal fishers. If the illegal hake catch can’t be reined in, experts say, Chile stands to lose its most important artisanal fishery, a cultural touchstone—and a pretty tasty fried fish.

Common hake, called merluza in Spanish, is to Chile what cod was to New England. But unlike hulking cod, hake’s not much to look at, at least not anymore.

In the seafood market in Caleta Portales, a fish landing site in the central Chilean city of Valparaiso, hake are the little guys heaped among monstrous cusk eels and seabream as big and flat as dinner plates. The little hake have skinny, tapering bodies, big heads and bugged eyes—the result of gas expansion as the fish were yanked up quickly from ocean depths.

Hake weren’t always so runty. They used to be bigger at maturity, by several centimeters. But nowadays, because of overfishing, there aren’t many big fish left. Most hake in Chilean waters are juveniles, and the adults are getting smaller as they race to reproduce before they’re caught.

The first ripples of overfishing stirred in the 1990s, as Chile poured its national energies into economic growth after the end of a two-decade military dictatorship. Fisheries policies encouraged the rapid expansion of an industrial, export-oriented fleet, with little thought to sustainability. “The attitude was to produce, to exploit, to overexploit,” Arancibia said.

The free-for-all didn’t last. In 2001, the government reigned in overfishing with a quota system, which set annual catch limits for hake, but unevenly split the number between industrial and artisanal fishing groups.

At first, it seemed like the quotas might work. In 2002, officials estimated that 1.55 million metric tons of hake swam in Chile’s seas, a sharp jump from 600,000 metric tons the year before. An optimistic quota was set. But the next survey, in 2004, found just 270,000 tons of hake—20 percent of the fish’s historical abundance.

“It was catastrophic,” Arancibia said.

The missing million tons of hake, fisheries officials and many scientists said, had been sucked down by burgeoning populations of Humboldt squid, an abundant open-ocean predator that can weigh up to 90 pounds. Arancibia rejects that line of reasoning. The squid’s other prey—mackerel, sardines, anchovies—hadn’t plummeted along with hake. He places the blame solely on overfishing.

Since then, hake have barely improved, although you wouldn’t know it by government catch limits. Fisheries officials upped the fish’s quota in 2014, and again in 2017, turning a blind eye to the continued overfishing.

Hake is far from the only fish in trouble in Chile. Of the country’s 43 fisheries, around half are struggling, with nine depleted or collapsed. To address this, Chile passed a sweeping fisheries law in 2012, which was implemented the following year.

“Quotas were cut in half from one day to the next, but the number of artisanal fishermen stayed the same,” said Liesbeth van der Meer, the head of Oceana in Chile, who worked in the fisheries sector for 6 years. Restrictions on fishing might have been good for the hake if the law hadn’t caused widespread resentment among small-scale fishers, or if its rules had been enforced.

Shockwaves from the quota cuts rippled up and down the coast. Politically powerful artisanal unions in places like Caleta Portales historically used strikes and protests to get their quotas upped. But the new fisheries law stipulated that quotas could only be set and changed by a scientific committee. Other fishers from smaller “caletas”—the beaches or docks where fish are offloaded—felt bewildered by seemingly sudden and unfair rules.

The quotas weren’t divided evenly, either. Chile’s 92,000 artisanal fishermen got 40 percent of the country’s total catch. The industrial fleet, which is owned by just seven wealthy families, took the remaining 60 percent.

The law also carved up coastal waters into restricted blocks for each caleta. Fishermen from these beaches or docks had traditionally shared their fishing grounds during times of scarcity, said Eugenia Orgaz, a fisherwoman who’s been netting hake and other species since the 1970s.

Orgaz lives in Caleta Horcon, a fishing village an hour north of Valparaiso, where draught horses are still used to haul boats from the water. But with the 2012 restrictions, the traditional spirit of cooperation suffered, Orgaz said. She suspects that big industry is trying to destroy fishers like her. 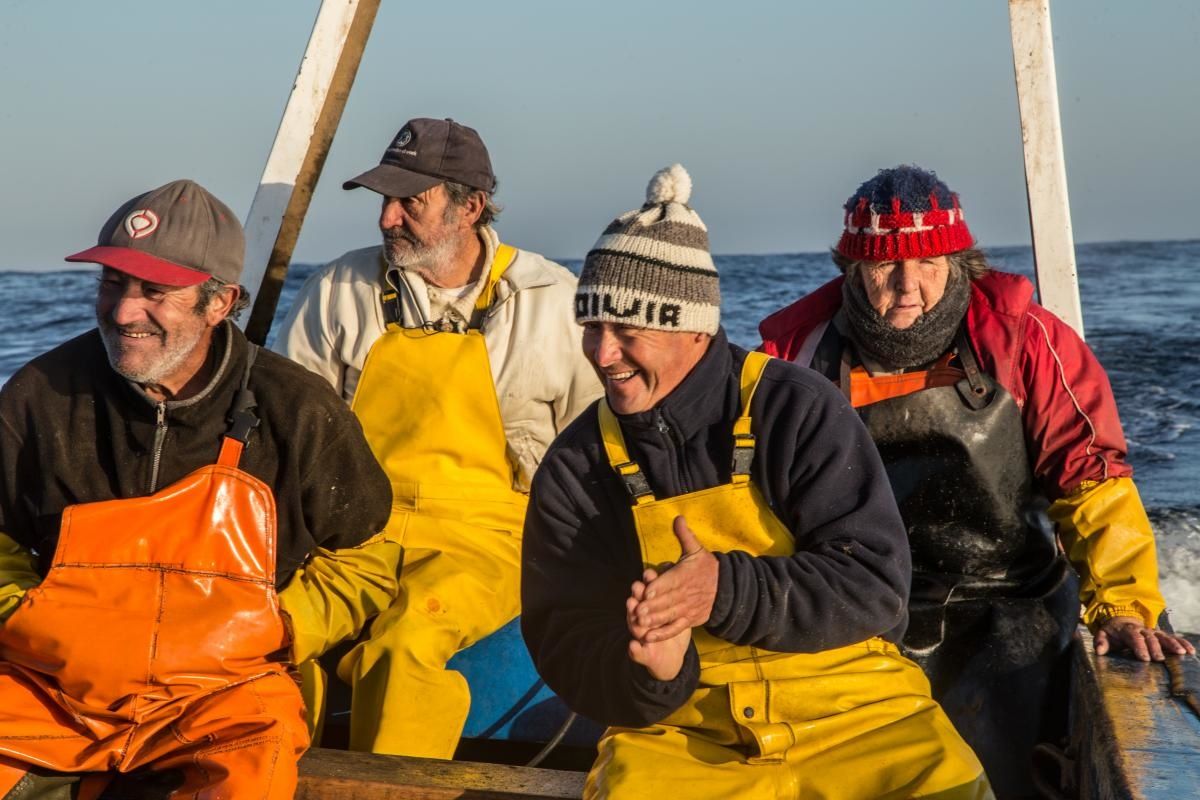 Eugenia Orgaz, on the far right, has been fishing since the 1970s. Claudia Pool / Oceana

Take It to the Limit

Orgaz respects hake catch limits and the yearly September closures for hake spawning, but other fishers are less scrupulous. Because hake remains Chile’s most important artisanal fishery, many small-scale fishermen face a choice between earning money and breaking the law.

Given weak law enforcement and low fines for breaking the rules, it’s not surprising that many choose the latter. While the artisanal fleet is assigned 40 percent of the hake quota, Arancibia estimates that they’re landing 75 to 77 percent of the total catch.

“Illegal fishing sinks any recovery plans we have,” van der Meer said. “It’s gotten out of hand.” Oceana is calling for better monitoring of illegal fishing in Chile, extending hake’s closed season from one month to three and increasing the fish’s minimum legal catch size.

Small-scale fishermen do share some responsibility for hake’s sorry state, said Oscar Espinoza, the president of Chile’s National Organization of Artisanal Fishers. But he has a different outlook on how to bring back his country’s favorite fish.

Middlemen buy most artisanal hake, taking a big chunk of fishermen’s potential profit, Espinoza said. They should be cut out of the supply chain, so fishermen can sell directly to restaurants, grocers and consumers. Chileans need to demand legal hake too, Espinoza added. Because illegal fish is cheaper, it creates unfair competition between fishermen who follow the rules and those who don’t.

Espinoza would also like to see industrial hake fishing eliminated. Artisanal fishers have exclusive access to the zone from the shore out to 5 nautical miles; after that, they must compete with the industrial fleet. Their sophisticated gear and high catch levels are “in no way comparable” to those of their small-scale counterparts, Espinoza said. For him, the industrial fleet is “nearly totally” responsible for the hake crash.

After a collapse that’s stretched on close to two decades, Arancibia doesn’t have much faith in new laws. “We must change the culture of the fishers,” he said. He declined to guess how. “It’s an issue for the sociologists, the anthropologists,” he said.

Arancibia might actually get his wish for a culture change, although not in a way that’s likely to make anyone happy. The artisanal fleet is graying. Young people are lured away by better-paid, safer and more stable jobs.

Most fishers are in their 50s and 60s, a recent survey found, and don’t want their kids to follow in their footsteps. Orgaz shares this outlook. She’s happy that her son, who works in construction, didn’t pursue the family business. “Your children don’t belong to you,” she said. 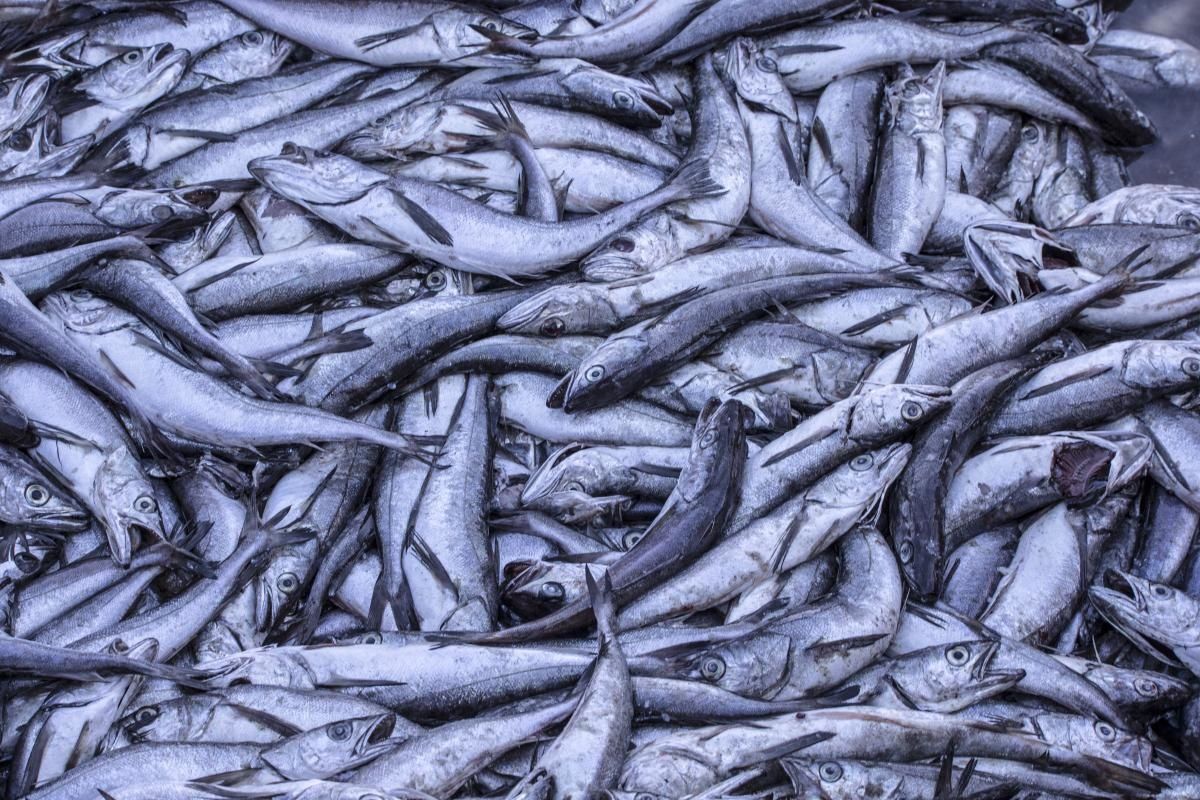 Chile’s common hake are several centimeters shorter at maturity than they once were. Mauricio Altamirano / Oceana

As for Orgaz, she hopes to keep fishing until she dies. With her, and fishers like her, the traditions around hake and other native seafoods might disappear too.