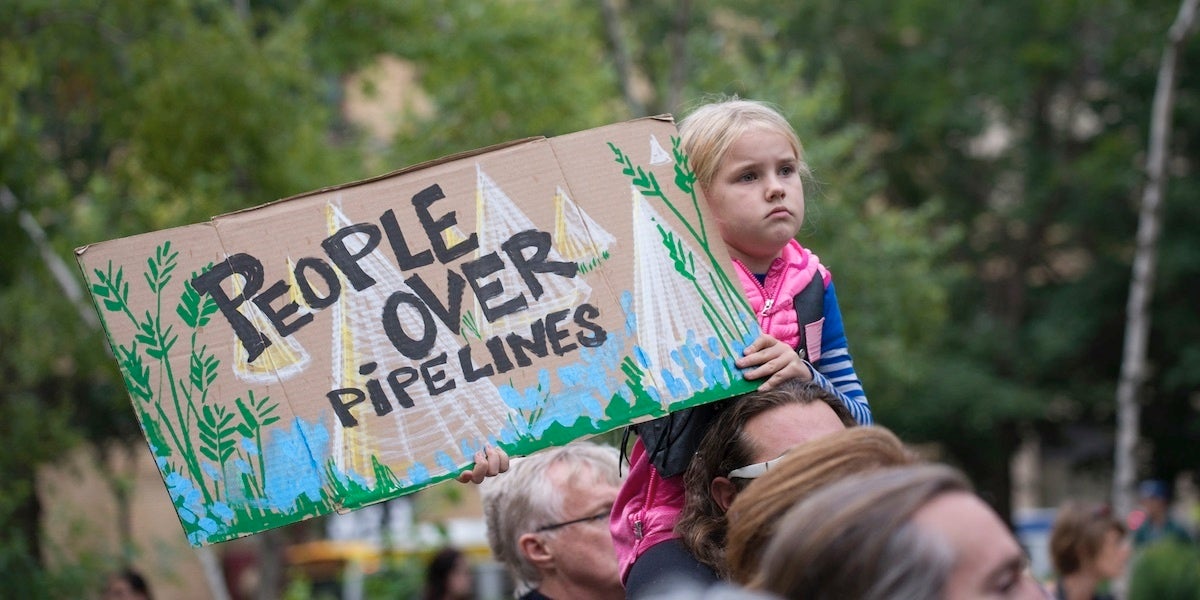 Facing mounting protests and lawsuits from environmental groups and property owners, backers of the natural gas pipeline industry are seeking help from the U.S. government to help push their projects through, Reuters reported.

“It’s definitely not getting easier to build a new pipeline,” Stanley Chapman, executive vice president and president of U.S. natural gas pipelines at TransCanada Corp, told the news service at the World Gas Conference in Washington.

“I’m seeing more already-approved pipeline projects that are under construction get held up by a judge in lawsuits and this has to be addressed either by FERC or with legislation,” he added, referring to the U.S. Federal Energy Regulatory Commission, which oversees construction of new pipelines.

Followers of the Keep It In The Ground movement would say that the best means of fossil fuel transportation is none. Environmentalists oppose oil and natural gas pipelines over fears of air and water pollution, as well as its impact on climate-warming emissions.

“We don’t need these pipelines to meet our energy needs, so it makes no sense to lock us into generations of dependence on dirty fossil fuels,” said Joan Walker, who helps lead the Sierra Club’s Beyond Dirty Fuels Campaign.

Natural gas has become America’s primary fuel to generate electricity, displacing coal. The energy industry has touted natural gas as the “cleanest” fossil fuel and a means to mitigate the effects of climate change. However, a recent study found that U.S. oil and natural gas operations release 60 percent more planet-warming methane than currently estimated by the U.S. Environmental Protection Agency. This suggests that ramping up shale gas production could be a real climate problem over time.

Calgary-based TransCanada owns about 30,000 miles of gas pipelines in the U.S. Earlier this month, its new Leach XPress pipeline—which only started service in January—exploded in the remote Nixon Ridge area of Marshall County in West Virginia.

TransCanada’s crude oil pipelines have been at the center of environmental ire, especially its existing Keystone and the controversial Keystone XL, which President Donald Trump pushed forward last year through an executive order, overturning President Obama’s rejection of the project.

The Keystone pipeline has already leaked a significant amount of oil three times in less than seven years. Since the 2,147-mile pipeline began operating in 2010, it has gushed 9,700 barrels in November in Marshall County, South Dakota, and about 400 barrels each in Hutchinson County, South Dakota in 2016 and in Sargent County, North Dakota in 2011.

Other energy executives are also feeling the heat from pipeline opposition, including Al Monaco, president and CEO of Enbridge Inc. that owns more than 27,000 miles of gas transmission lines in North America.

“Fifteen years ago nobody cared that much about pipelines, today pipelines are under siege,” Monaco told Reuters.