Pipeline Projects Continue to Burden Landowners During the Pandemic 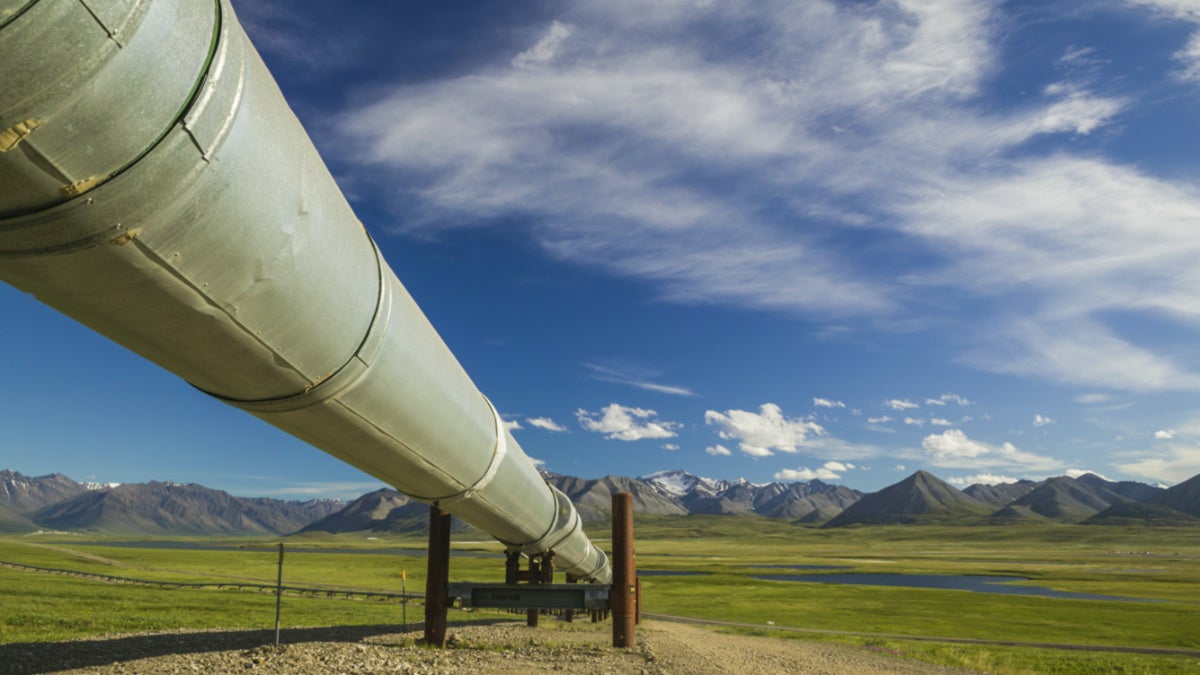 The coronavirus adds a new wrinkle to the debate over the practice of eminent domain as companies continue to work through the pandemic, vexing landowners. Patrick J. Endres / Getty Images

Pipeline giant Kinder Morgan is cutting a 400-mile line across the middle of Texas, digging up vast swaths of private land for its planned Permian Highway Pipeline. The project is ceaseless, continuing through the coronavirus pandemic. Landowner Heath Frantzen said that dozens of workers have showed up to his ranch in Fredericksburg, even as public health officials urged people to stay at home.

“There weren’t wearing masks. They weren’t wearing gloves. They weren’t practicing social distancing,” he said. Frantzen believes the workers pose a danger to him and his 85-year-old father, whom he cares for. While the laborers are confined to the pipeline’s path, he worries they could spread the coronavirus by touching fence railings or gates that he might later handle.

In Texas, where the governor exempted pipeline projects from his March stay-at-home order, companies like Kinder Morgan have few checks on their power of eminent domain, which allows them to build pipelines through privately owned farms and ranches that lie in their way. Eminent domain is broadly unpopular and, when used for pipelines, legally contentious. The coronavirus adds a new wrinkle to the debate over the practice as companies like Kinder Morgan continue to work through the pandemic, vexing landowners.

“It is wild that people are being forced to accept others onto their land at this time, and if they have an issue with what’s happening, they have to put themselves at risk to address workers directly,” said Erin Zweiner, who represents Blanco County and Hays County in the Texas House of Representatives. “These are workers who hop all over the country, so they’re pretty high-risk spreaders.”

Allen Fore, vice president of public affairs at Kinder Morgan, said the company has instructed workers on how to avoid spreading the coronavirus, though, he added, it is not always possible to take every precaution.

“Once construction is underway and you’re on site, there are some limitations on masks and the distance people need to be away from each other simply for safety and construction purposes,” he said, “We do leave that to the discretion of the contractor specific to the tasks that they are performing.”

While eminent domain does entitle landowners in the pipeline’s path to compensation, it does nothing for those living nearby who may be impacted by construction. In March, Kinder Morgan reportedly spilled drilling fluid into an underground water supply in Blanco County. Teresa Albright, who lives close to the site, told KVUE that brown fluid later poured out of her faucet, making it harder to wash her hands or clean her clothes, even as the coronavirus demanded she do both.

Fore said that Kinder Morgan has supplied water and food to affected homeowners and promised to pay for plumbing repairs. He also said that the company, which is currently facing a lawsuit over the spill, has halted work at the site of the accident and is looking for alternate routes for the pipeline.

Rebekah Sale, executive director of the Property Rights and Pipeline Center, emphasized that Texas isn’t the only place where pipeline projects are creating headaches for landowners worried about the coronavirus.

“We have people sending us pictures from these pipeline sites all over where no one’s wearing a mask,” she said. “People are gathered together. In some cases, they need to bring in ‘man camps’ of workers to build these pipelines in communities.”

Marvin Winstead of Nash County, North Carolina is battling the planned Atlantic Coast Pipeline, which would run through his farm. In March, Winstead learned the project’s managers would be sending assessors from Maryland to estimate the value of his property.

“Not only did they want to be on my property, they wanted to send these assessors into the interior of my home,” he said.

A spokesperson for Dominion Energy, which is leading the project, said the appraisal would have taken place before North Carolina issued its stay-at-home order at the end of March. After conferring with landowners’ attorneys, however, it agreed to postpone its appraisals indefinitely. Winstead was nonetheless alarmed that Dominion had planned to send workers into his home during a pandemic.

Stacey McLaughlin of Douglas County, Oregon said the pandemic has made it more difficult to pay for a lawyer, and thus, harder to fight off Pembina, the company behind the Pacific Connector Pipeline, which would run through her property, a plot that she and her husband restored after it had been logged by the previous owners.

“I personally have lost all of my income from my work for 2020, and now we are being faced with exorbitant and extraordinary legal fees to fight for our land and against eminent domain,” said McLaughlin, a consultant for local governments. “They could, at any day, pursue a court order to try to get on our property to do surveying.”

Champions of the project are pressuring Oregon governor Kate Brown to greenlight the pipeline, claiming it would create thousands of jobs, helping to overcome the economic slump. But McLaughlin said that with the virus still raging, she does not want workers to come onto her land. With two parents in their eighties and a son who is a nurse at a nearby hospital, she is already feeling overwhelmed.

“We’re losing sleep at night for a lot of reasons,” she said. “Having to deal with this pipeline as we struggle to keep ourselves and our families safe is just inhumane.”

Sale said that the Pacific Connector Pipeline is an especially egregious example of eminent domain. The legal justification for such projects comes from the Natural Gas Act of 1938, which allows for the use of eminent domain for pipelines that will serve the interests of the American public — namely to deliver gas to homes and power plants. The Pacific Connector Pipeline will primarily carry gas drilled in Canada and the Rockies to a port in Oregon so it can be shipped to Asia.

“Because the frantic oil and gas industry is trying to get the last dollars out of what seems, very clearly, to be a dying industry, they just run roughshod over property rights,” Sale said.

Drillers have flooded the market with cheap fracked gas, driving down prices. As a result, gas has proven increasingly unprofitable. Companies have amassed debt. Stock prices have slumped. And the coronavirus has only accelerated these trends.

“It seems pretty hard to argue with a straight face that these projects are financially essential right now when we’re seeing a reduction in production,” Zweiner said. “I think a lot of folks are assuming that it will suddenly reverse one day, but I suspect we’re looking at a much longer term issue.”

When landowners do triumph over pipeline firms, it usually isn’t by challenging the use of eminent domain. More often, it is by persuading officials to deny needed permits. On that front, landowners may have just gotten a big helping hand. A federal judge in Montana recently revoked a blanket permit allowing pipeline projects to skirt environmental review. The Trump administration is appealing the ruling, which could create major hurdles for pipeline projects.

Over the long term, lawmakers may seek to narrow the use of eminent domain. In January, House Democrats released a draft climate bill that, experts say, would effectively end the practice for pipeline projects. McLaughlin said landowners should be clamoring for such a measure.

“You have people across this country who are up in arms — and bearing arms — so they don’t have to stay inside their houses and they don’t have to wear a mask,” McLaughlin said. “That’s nothing compared to the violation of our constitutional rights as property owners.”

This story originally appeared in Nexus Media and is republished here as part of Covering Climate Now, a global journalism collaboration strengthening coverage of the climate story.