Yet Another Reminder that Dirty Oil Pipelines Are Never Safe 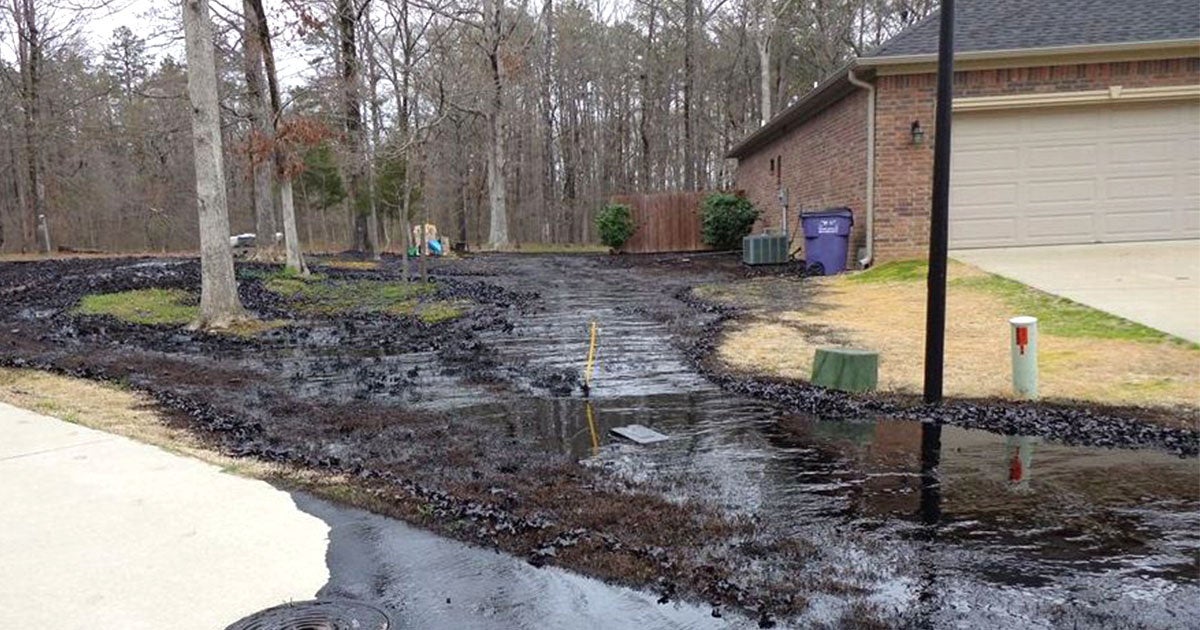 In March 2013, ExxonMobil's Pegasus Pipeline sprung a leak, spilling 210,000 gallons of tar sands crude into a neighborhood of Mayflower, Arkansas.

In March of 2013, ExxonMobil’s Pegasus Pipeline sprung a leak, spilling an estimated 210,000 gallons of toxic tar sands crude into a residential neighborhood of Mayflower, Arkansas.

This week, a federal court ruled that the Obama administration over-penalized Exxon for dumping hundreds of thousands of gallons of a pollutant onto the streets of Mayflower and threw out a number of safety violations levied against Exxon on the basis that the company met its legal obligations to consider the risks associated with the pipeline.

In the court’s decision, Judge Jennifer Walker Elrod noted, “The unfortunate fact of the matter is that, despite adherence to safety guidelines and regulations, oil spills still do occur.”

Just think about that for a minute. The court ruled that even if a pipeline spill devastates a community, if the company can prove they followed safety guidelines, they shouldn’t be held accountable for the damage they caused. That oil spills that threaten communities across the country are to be expected—just the “unfortunate” price we all have to pay for oil companies to transport their dirty product to market.

We’ve long argued that it’s never a question of if a pipeline will spill, but when, and how much damage it will cause when it does. A recent report from Greenpeace bears this out, analyzing the track records of the companies behind major proposed tar sands pipeline projects including Keystone XL and the Line 3 pipeline expansion. These three companies, TransCanada, Kinder Morgan, Enbridge, and their subsidiaries, have had 373 spills from their pipelines in the U.S. since 2010. That’s an average of one significant incident and a total of about 570 barrels of oil spilled per year for every 1,000 miles of pipe. Based on these rates, Keystone XL could expect 59 significant spills over its 50-year lifetime and the Line 3 expansion could expect about 51.

As we await decisions from local regulators on the fates of the Keystone XL and Line 3 pipelines, it is clear that dirty oil pipelines are not in the interest of the communities they would run through and should be rejected.

Catherine Collentine is a tar sands campaign representative for the Sierra Club.