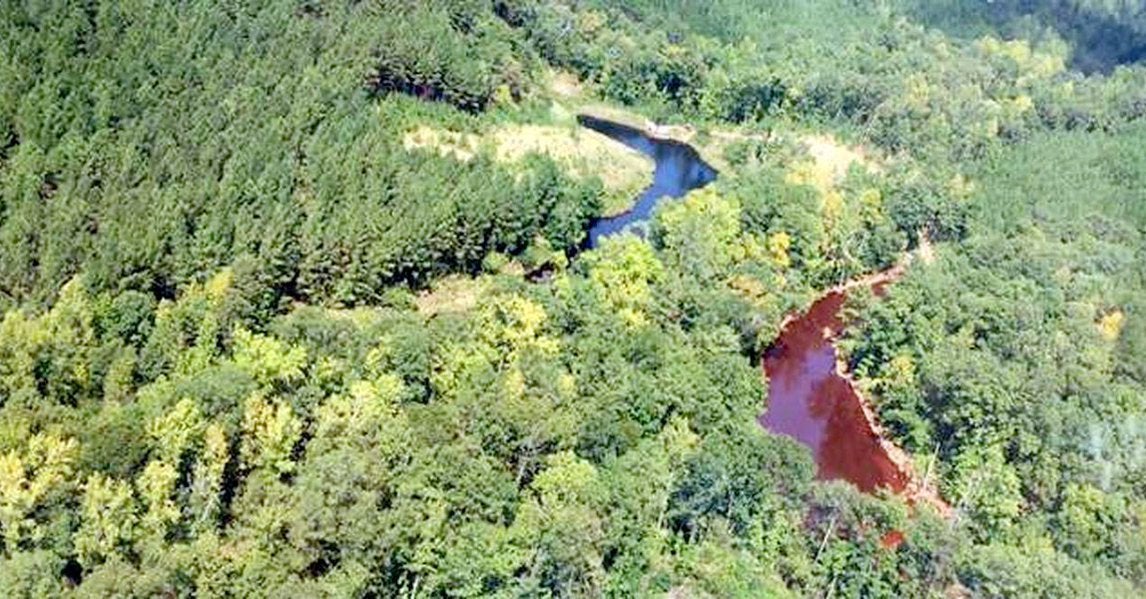 Three major U.S. pipeline spills within the last month are just a small part of the 220 significant incidents reported so far this year—and 3,032 since 2006—that provide a stark reminder of the environmental hazards of an aging pipeline infrastructure carrying fossil fuels. The costs of these leaks since 2006 has amounted to $4.7 billion.

1. Oklahoma: On Oct. 24, the 30-inch S-1 pipeline carrying crude oil from the critical Cushing, Oklahoma hub to refineries and chemical plants on the Gulf Coast began to leak and was shut down overnight. It was the second release connected with the Cushing storage facility in less than a month.

2. Pennsylvania: On Oct. 21, 55,000 gallons of gasoline gushed from a ruptured Sunoco Logistics pipeline in Williamsport, Pennsylvania, just upstream from the Susquehanna River. Carol Parenzan, Middle Susquehanna Riverkeeper, said that witnesses who contacted her office reported that the “smell of petroleum is so thick you can taste it.” The 80-year old pipeline was damaged by a heavy storm that dumped seven inches of rain on the area.

3. Alabama: Last month, the Colonial Pipeline in Alabama leaked an estimated 336,000 gallons of gasoline and triggered concerns about gas shortages for drivers in the East. That spill was Colonial’s fifth in the state this year and occurred on a 43-year old section of the pipeline.

Based on data from the Pipeline and Hazardous Materials Safety Administration (PHMSA), an arm of the U.S. Department of Transportation, the number of significant pipeline incidents grew 26.8 percent from 2006 to 2015. A significant incident is defined as one that results in serious injury or fatality, costs more than $50,000, releases more than five barrels of volatile fluids such as gasoline or 50 barrels of other liquids, or results in a fire or explosion. In 2015, there were 326 such incidents—almost one per day.

Some 55 percent of the U.S. network of 135,000 miles of pipeline is more than 45 years old. Technology designed to detect pipeline leaks is highly unreliable, even though companies like Colonial Pipeline tout their use as a way “to insure safe operations.” But a recent Reuters report found that these technologies are “about as successful as a random member of the public” finding a leak. Of 466 incidents studied by Reuters, only 22 percent, or 105, were detected by advanced detection systems. The others were found in different ways, with the public finding 99 of the leaks.

In testimony before a House subcommittee earlier this year, Carl Weimer, executive director of the watchdog group Pipeline Safety Trust, said, “Under the current statutes there is no requirement that a pipeline company obtain any permit or permission to operate a pipeline in this country.” Weimer called on Congress to require PHMSA to issue permits for interstate transmission pipelines and ensure that the company follow all rules and regulations.

“It is important that we not only maintain our aging energy infrastructure, but that we also remain vigilant about new pipelines and energy interests that threaten water quality,” said Parenzan.