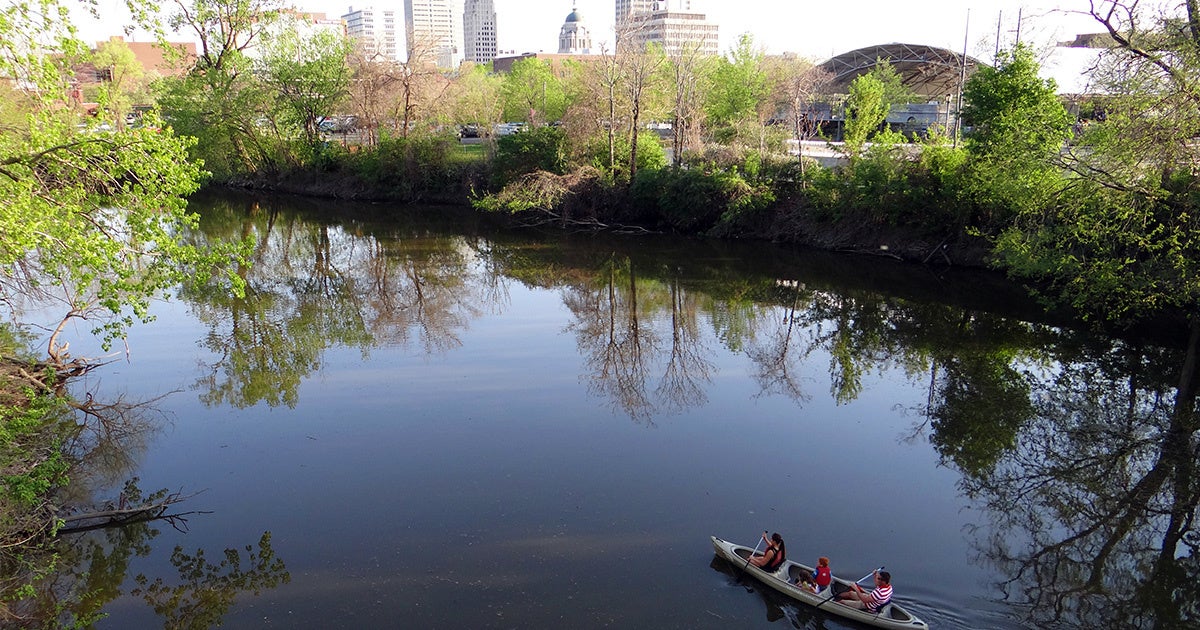 A pipeline spilled more than 8,000 gallons of jet fuel into an Indiana river, The Associated Press reported Sunday.

The affected river was St. Marys River in Decatur, which is a town of 9,500 people about 100 miles from Indianapolis.

The spill was first reported Friday night in a safety warning issued by the Decatur Police Department urging residents to avoid the area around the spill, local news outlet WANE reported Saturday.

Company officials said there had been a failure Friday evening that had caused the spill.

“One of their workers discovered a pressure drop, went immediately to check on it and immediately shut it down,” Allen County Homeland Security Director Bernie Beier told The Journal Gazette.

The pipeline will remain shut off until it is repaired and safe to operate, and Buckeye’s Emergency Response Team worked to control the spill and clean the area, WANE reported. The company is investigating the cause of the failure.

Beier told The Journal Gazette that booms were used to contain the spread of the fuel, which was being vacuumed off the top of the river.

“So the goal is to get as much of the product or the fuel off the top of the river before the rains get heavier, the waters rise and the currents get faster,” Beier explained. “When the water becomes more turbulent, anything off the top tends to get sucked down with logs, sticks and debris. And they’re really making great progress, they’re getting a lot of fuel off the water,” Beier said.

However, Adams County Emergency Management Agency (EMA) Director John August told WANE that drinking water in Decatur shouldn’t be impacted, because it is sourced from wells and not the river.

He said that the air might smell strange but that there was no danger.

Police warned Decatur residents not to smoke or light flames near the river, WANE reported.

For river-advocacy-group Save Maumee President Abigail Frost-King, the spill was a wake-up call about the importance of protecting rivers.

“I don’t want there to come a time when things are too polluted that it may be too late,” Frost-King told The Journal Gazette.

This is the second pipeline spill to impact an Indiana waterway within the past six months.

A pipeline owned by Marathon Petroleum Corporation leaked 42,000 gallons of diesel into Big Creek in Posey Creek, Indiana in March.

The spill also comes as there is increased mobilization against new oil and gas pipelines over concerns about their local environmental impact and contribution to climate change.

A Twitter account dedicated to opposing the controversial Mountain Valley Pipeline in Virginia and West Virginia posted a link to news of the Indiana spill with a message for Virginia Governor Ralph Northam.

“Do not let these warnings come back to haunt you,” @NoMVPVirginia cautioned.

.@GovernorVA A company says one of its pipelines has spilled more than 8,000 gallons of fuel into a river in Indiana

VA WILL BE WORSE WITH OUR STEEP MOUNTAIN SLOPES

YOU are letting this happen